Apple has most loyal smartphone customers in US, study finds

AppleInsider
Posted: October 29, 2021 2:12AM
in iPhone edited October 2021
A vast majority of Apple's iPhone customers stick with the platform, with the company estimated to have curated the highest brand loyalty out of any smartphone manufacturer operating in the U.S., according to a new study released this week. 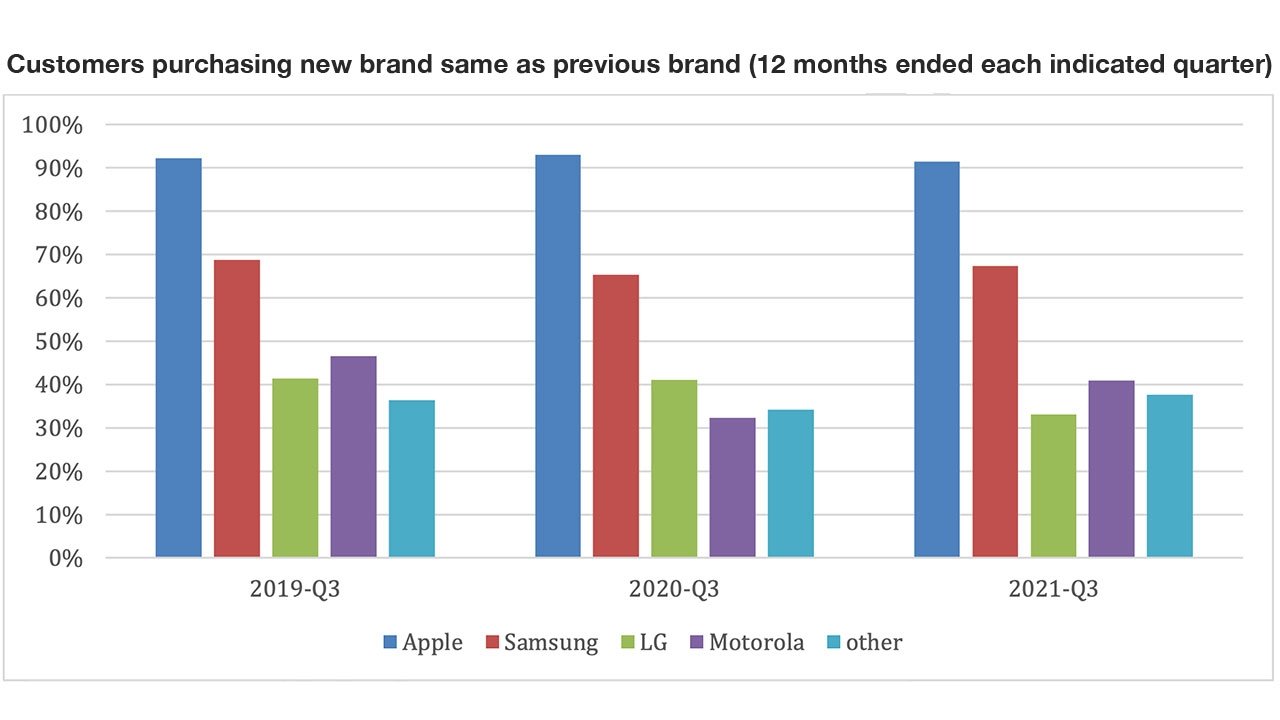 According to a report from research group CIRP, Apple maintained a loyalty rate of more than 90% for the past three years. The calculation was based on the percent of new iPhone customers who upgraded from a previous iPhone model.

By comparison, runner-up Samsung hovered at a loyalty rate below 70% over the same period. Motorola and LG experienced lower loyalty rates that have been on a downward trend since 2019, CIRP notes.

Apple's position as a front-runner is tied in large part to operating system loyalty. While manufacturers like Samsung, Motorola and LG jockey for position within the Android ranks, iPhone is the sole beneficiary of customers faithful to iOS.

"Within the Android operating system, Samsung has a similarly strong position as Apple does within the overall smartphone market. Motorola has maintained a meaningful share, but has much lower loyalty rates compared to Samsung," CIRP says.

Apple captured 43% of smartphone sales in the U.S. over the past three years. Samsung trailed with 31% of overall sales, but accounted for 54% of the Android market.

In reporting earnings for the fourth fiscal quarter of 2021 on Thursday, Apple said revenue from iPhone sales jumped 47% year-over-year to hit $38.9 billion. For the full year, iPhone revenue is up 39% from 2019. During an ensuing quarterly conference call, CEO Tim Cook said the September quarter saw an increasing number of upgraders and switchers who adopted handsets from the new iPhone 13 lineup.