AppleInsider
Posted: November 1, 2021 7:26PM
in macOS
Complaints about memory leaks have started to surface following the release of macOS Monterey to the public, with users discovering unusually high amounts of memory being consumed by apps. 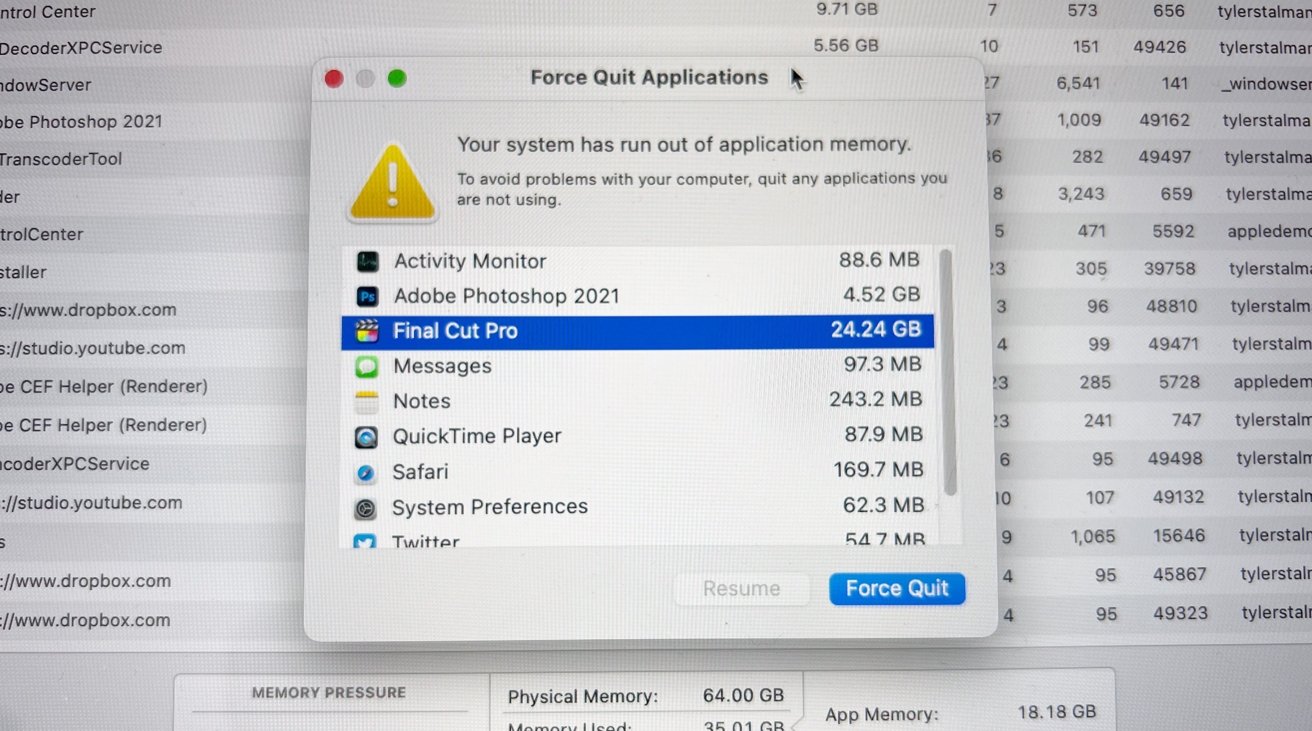 The release of a new operating system is typically accompanied by a period of teething issues, with users and developers discovering small issues that are later adjusted or fixed by Apple. On Monday, reports about memory leaks started to surface, specifically among Mac users who upgraded to macOS Monterey.

A memory leak is an issue when an application or a process falters and fails to release allocated memory properly. Over time, this could cause a service or an app to consume vast amounts of memory, reducing the resources available for use by others.

A number of complaints have been found on social media and the Apple Support forum, as initially reported by Macrumors, where users encounter the problem on their own Macs, running on macOS Monterey.

In the case of YouTube personality Tyler Stalman, he claims to repeatedly get warnings on his M1 Max-equipped MacBook Pro. The warning states he has "run out of application memory" with macOS advising to force quit memory-hogging applications, such as his 24GB instance of Final Cut Pro.

On Reddit, one user posted an Activity Monitor screenshot showing Control Center as occupying 9.19GB of memory, a macOS service that usually only consumes a few megabytes. A similar issue was noticed by Gregory McFadden on Twitter, with Control Center consuming over 26GB.

So glad I got 64GB of memory on my new Mac so I can use 26GB of it for control center... Wait... what. pic.twitter.com/inCOPaii1o

Another from Twitter posted an image on October 27 with the same out-of-memory warning window, with Firefox using 79.20GB of memory.

Memory leaks are quite a common issue with macOS applications, such as reports surrounding macOS Catalina affecting virtualization tools in July 2020.

While an irritant for those affected, there are still only relatively few complaints about the memory leaks in macOS Monterey. The low number of reports about the issue points to it being quite rare for users to experience, rather than an epidemic affecting many users in a major way.