Apple hints at future plans for Magic Keyboard for iPad

AppleInsider
Posted: November 4, 2021 11:29AM
in Future Apple Hardware
The strong but flexible Magic Keyboard and case for the iPad Pro is described in a new patent application that suggests some variations could be coming. 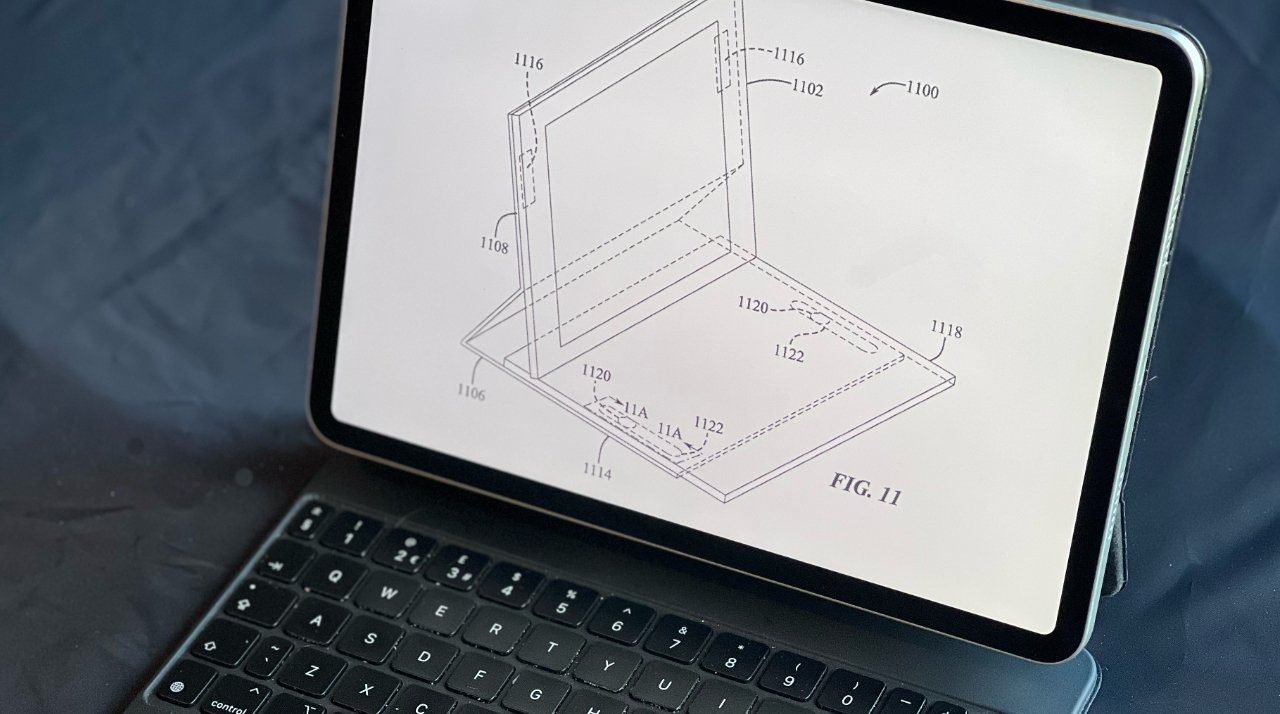 Apple launched the Magic Keyboard for iPad Pro in 2020, and has since followed it with a minor redesign to fit 2021's iPad Pro models.

Now "Sliding Input Device Cover," is a newly-revealed patent application, with a somewhat less marketing-friendly name for the keyboard. Elements of it date back to 2019, so the majority of it is describing the Magic Keyboard as we've come to know it.

Even that is fascinating, though, because it means that there are details about how its two-hinge design is achieved. It's also a look at alternative approaches that could yet be used in future versions.

Currently, the primary hinge on a Magic Keyboard for iPad Pro is based on a cylindrical tube. This runs the width of the case, with the keyboard base and flat top half are bent over it.

So when closed, the front and back of the case appear to be wrapped around the cylinder. On opening it, though, the top case moves a little more free of the cylinder. It separates from it, except for a joint connecting the very middle.

In Apple's patent application, one prominent design dispenses with this cylinder entirely. Instead, the keyboard is no longer the base, it has a second layer underneath it.

That layer slides out slightly, extending the footprint of the unit, and giving room for a hinged top half. It's not clear from the patent drawings whether this sliding extension is fixed to the top half.

It's more likely that the top half has a Surface-like kickstand, and this sliding extra base gives it a place to slot into.

The sliding base is key and conceivably could better support larger iPads as the weight and balance is all on where this kickstand-like segment connect. 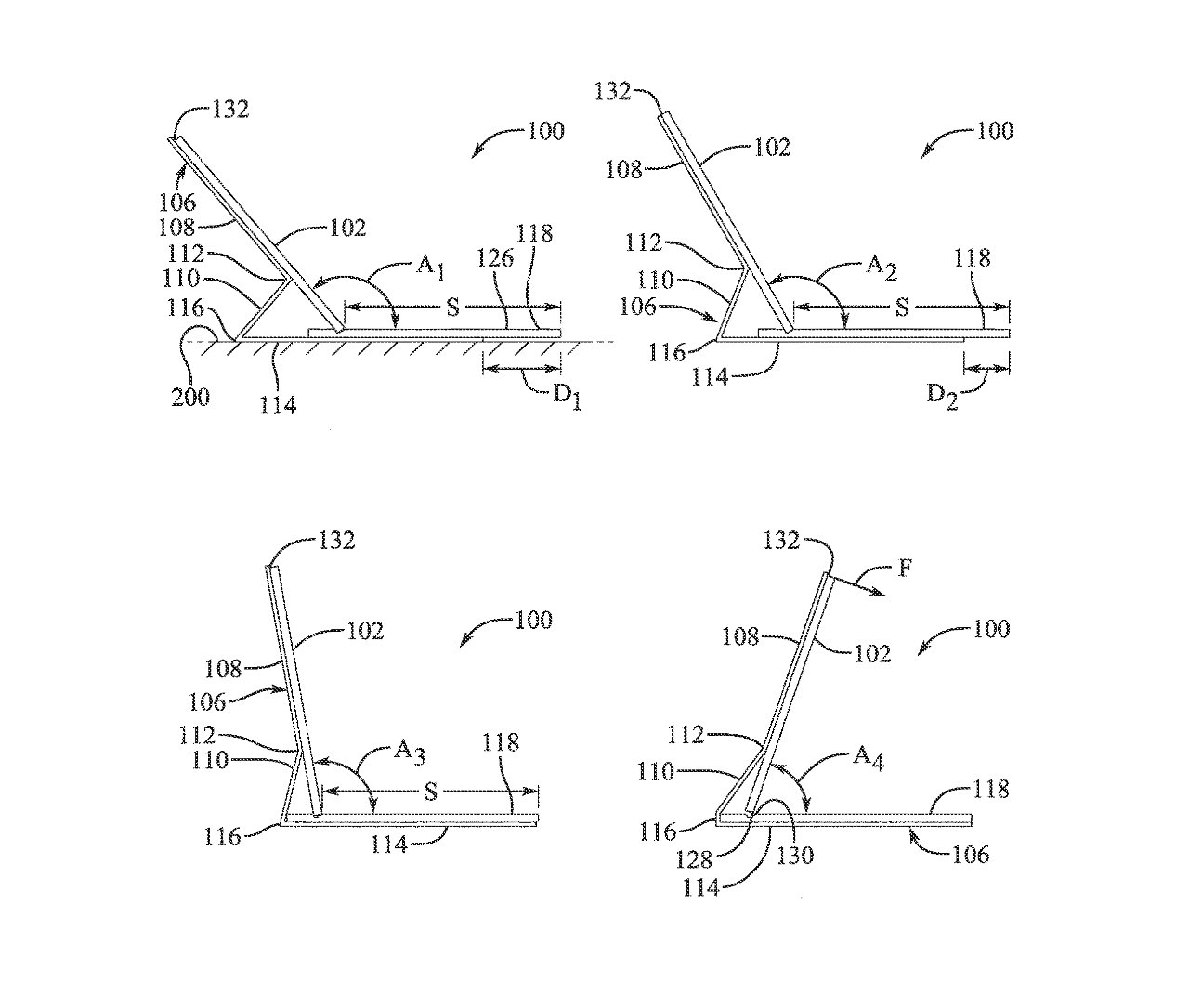 It is most likely that the details in this patent application come from Apple's iterative exploration of the idea. It's more likely that Apple has filed for a patent for this to block other companies using the idea, rather than that it necessarily plans to use the proposal itself.

The current Magic Keyboard for iPad Pro is probably a development of this research, a next step that led to the device we know. However, as good as the current device is, its hinging system means that the iPad Pro hovers directly over the top rows of the keyboard.

It's a very fine line from being usable to being in the way, then, and this earlier or alternative design could help.

"The input device can be further from the hinge in the second position relative to the first position," says Apple.

This patent application is credited to four inventors, including John Raff. His previous work for Apple includes granted patents to do with movable panels and devices, though seemingly all for the "Apple Car" rather than the iPad.