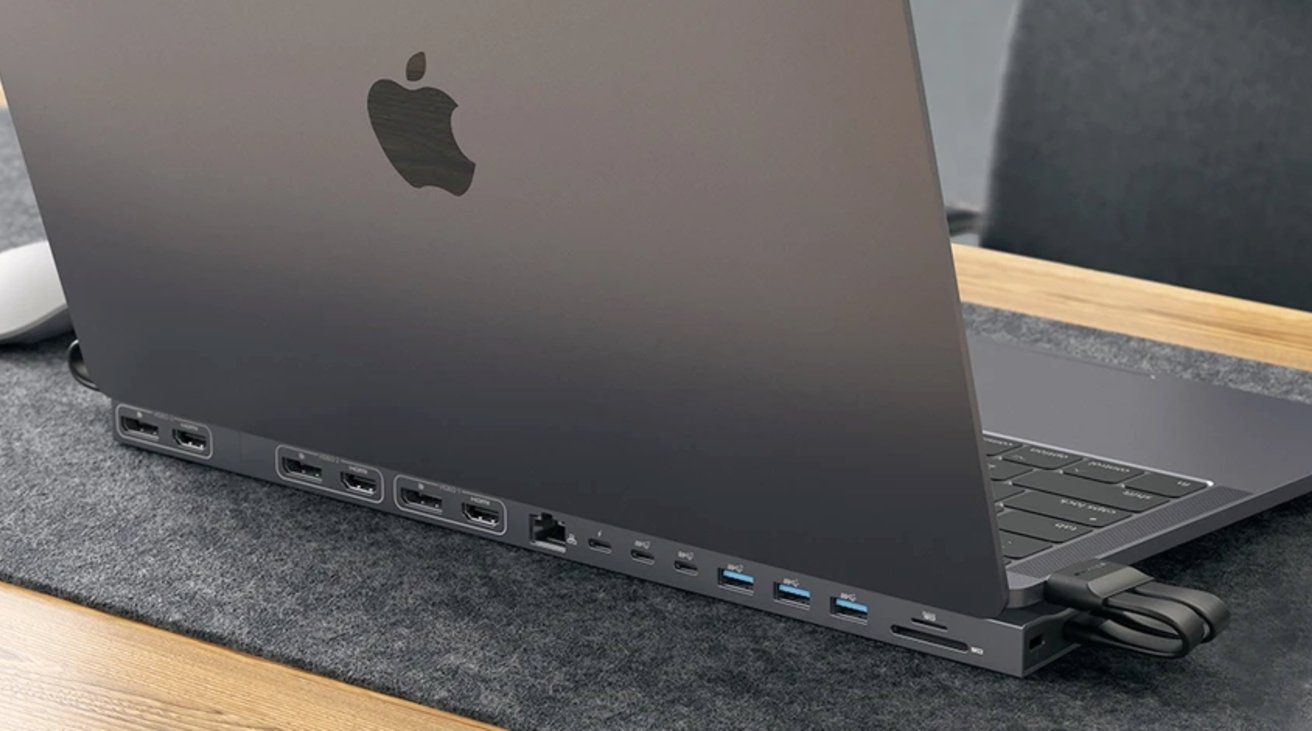 Launched on Monday, the HyperDrive 4K Multi-Display Docking Station is a long and thin accessory that is designed to raise the back of the MacBook Pro up off the table, to help dissipate heat. At the same time, it provides a large number of ports around the back.

A second version intended for 15-inch and 16-inch MacBook Pro models includes an extra extension, which attaches to one end magnetically. The extension provides an extra set of HDMI and DisplayPort connections, bringing the total port count to 15, as well as enabling triple-display support on compatible Mac models.

As well as being guaranteed to work with any version of USB-C MacBook Air or MacBook Pro from 2016 to the 2021 releases, Hyper also claims it will work with any other USB-C device, including Windows PCs, Chromebook, Android, and iOS devices.

The HyperDrive docks are priced at $249.99 and $299.99 for their respective sizes. As part of its Indiegogo campaign that runs until December 13, the docks are being sold for half price at $124 and $149 respectively.

Shipping is set to start in December.