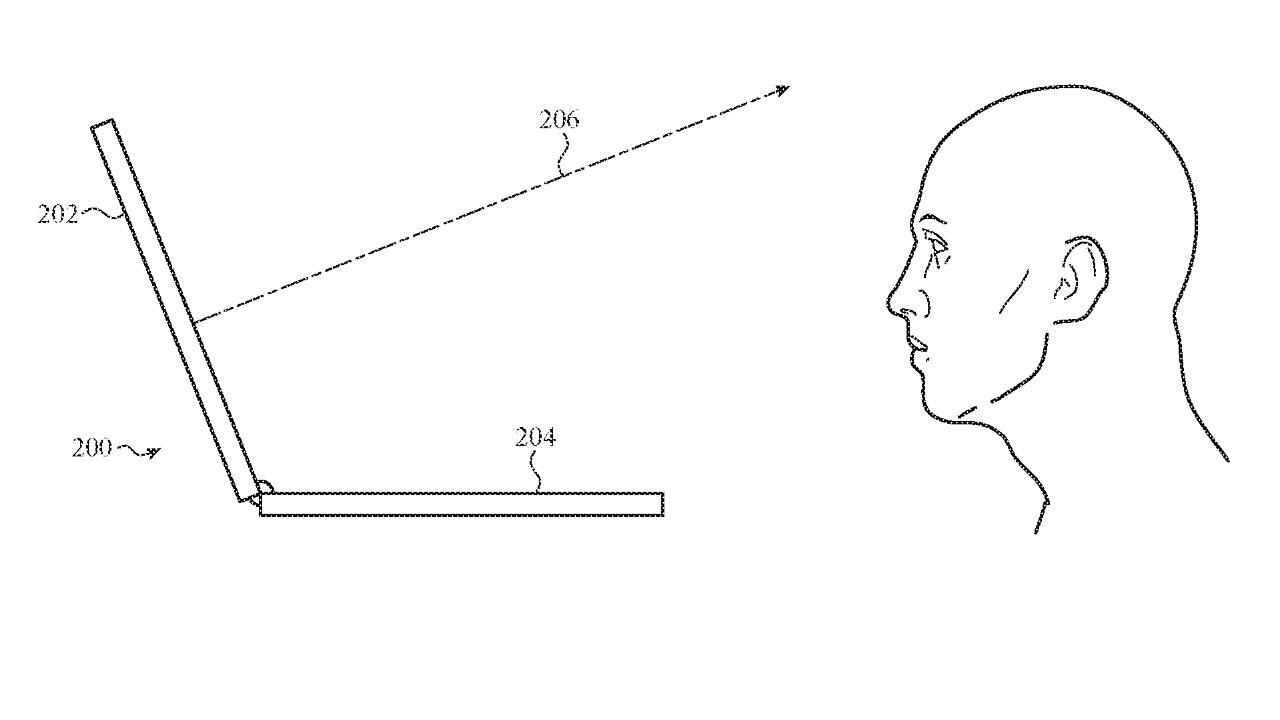 Apple famously pays a lot of attention to precisely what angle its MacBook Pro screens are tilted at in every Apple Store. They are positioned at just exactly the right angle that buyers automatically open them wider, and so start to form a relationship with the machine.

Seriously. That tactile sensation, that touch, it makes a difference. Yet now it's possible that Apple might even throw this idea away in favor of screens that adjust themselves.

"Self-Actuating Hinge Mechanism for Electronic Device," is a newly-revealed patent application that describes this. It's a new idea, but the way it is described is very familiar -- because it's as if Apple is finding further uses for its best inventions.

"The notebook computer may further include a position feedback system configured to determine an actual position of the display portion relative to the base portion," it continues.

All of which is a long way to describe a great deal of what Center Stage already introduced on iPad Pro. That doesn't physically move the screen, but it does track where you are and so as you change position, it moves the lens.

There's an argument, too, that both Center Stage and this new tilting screen idea are leveraging Apple's very many patents and patent applications for Apple AR. The company has repeatedly filed concepts for gaze-tracking, for instance. 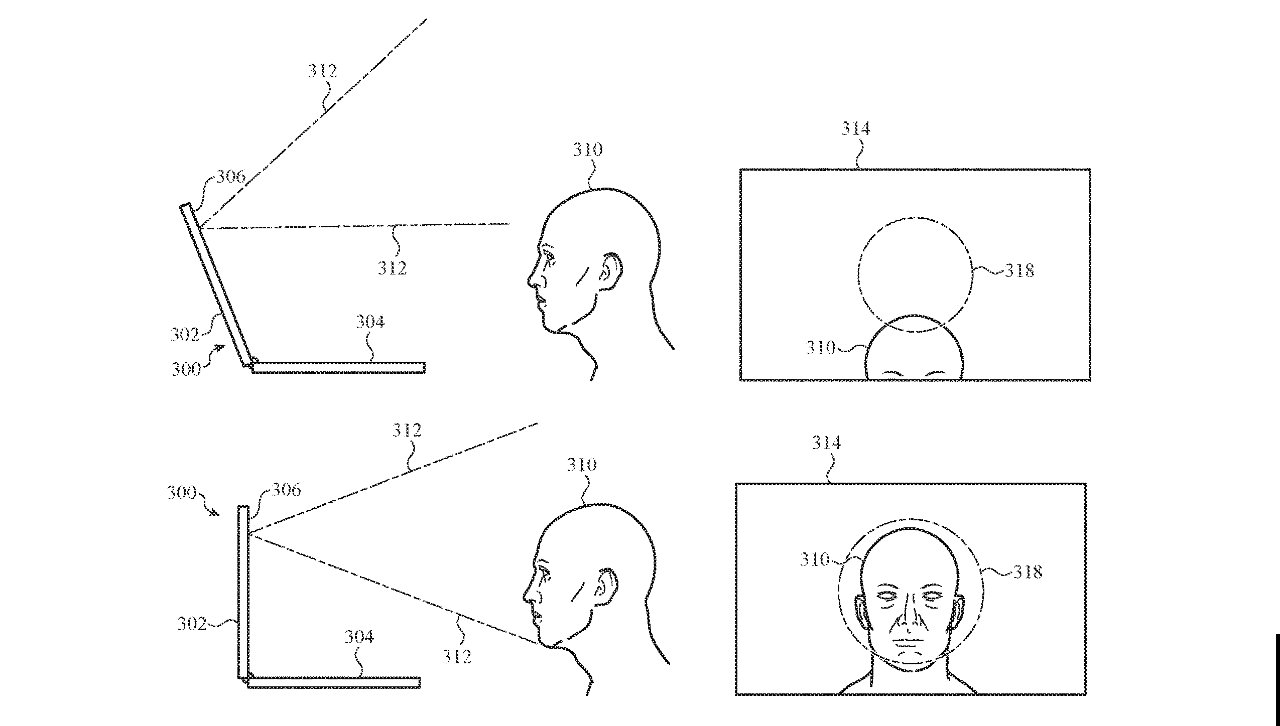 This application even says that the "processing system configured to determine a target position for the display," will "at least in part [use] the gaze direction of the user and cause the actuation system to rotate the display portion."

Just to add to this notion that Apple milks everything it can out of every good idea, there's even an element of the technology behind Face ID in this one. "The optical sensing system may include a projector configured to project a pattern of light onto the user," continues the patent application, "and a sensor configured to sense at least a portion of the pattern of light that is reflected by the user."

Plus all of the patent application's drawings show the gaze being detected from a camera mounted just about where the new notch is on the lid. We're just saying.

If the screen can adjust itself while it's open like this, though, it also follows that it could perhaps do something when it's closed, too. Although the patent application concentrates on how to determine the right positioning for an open display screen, it also refers to "a technique for automatically opening a device."

In that idea, tapping on the lid of a closed MacBook Pro, or perhaps knocking three times, would cause it to open up by itself. If you've ever struggled opening the lid with just one hand, you might like this.

If you instead think this is Apple going far too far with ease of use, think of all the time saved by Apple Store employees as they just shut every lid at night.

This patent application is credited to four inventors. They include Qiliang Xu, whose previous granted patents include one for larger, illuminated MacBook Pro trackpads.