AppleInsider
Posted: December 3, 2021 1:19PM
in Apple Watch edited December 2021
Prince William has been announced as the next "Time to Walk" celebrity guest, with his Apple Fitness+ audio recording also to stream on Apple Music 1. 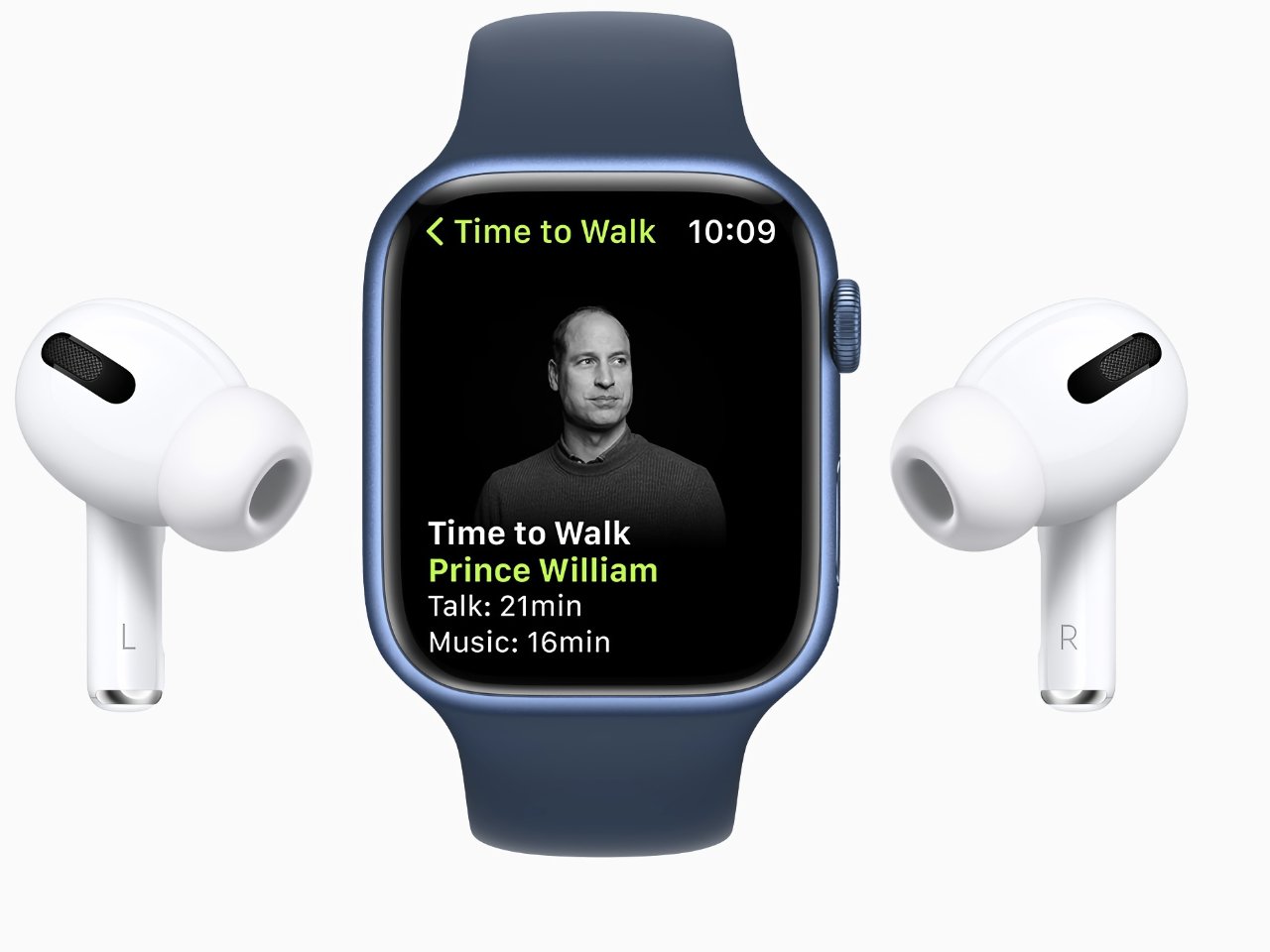 Prince William on "Time to Walk"

Following its launch in January, 2021, of "Time to Walk" audio recordings for Apple Watch, Apple has been steadily adding new celebrities. Now in what the company says marks the end of its second series of star talks, His Royal Highness Prince William has recorded a 21-minute audio for the service.

Each "Time to Walk" edition is recorded as the guest walks. Then each edition is also followed by a short selection from Apple Music, chosen by the guest.

"In his Time to Walk episode," says Apple in a statement, "Prince William talks about the importance of keeping mentally fit."

"He also reflects on a lighthearted moment when he was drawn out of his comfort zone, the value of listening as a way to empower others," continued Apple, "and an experience that led him to prioritize mental health."

The episode will be available on Apple Watch for users of Apple Fitness+ from December 6. There will also be three airings of the episode on Apple Music 1, streaming for free.

Apple is also making donations to three charities chosen by Prince William. Each is "doing important work around mental health," and include the US service Crisis Text Line.