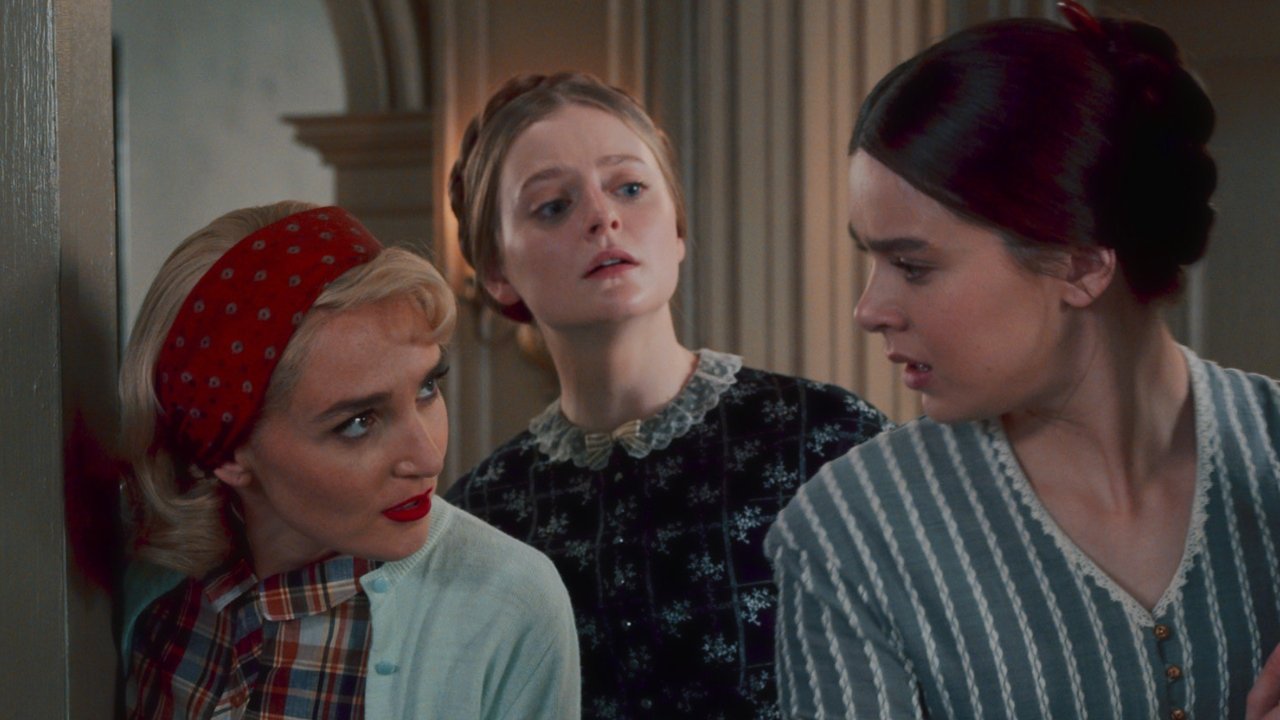 Never a straightforward drama, and never a historical series too keen to stick to precise history, "Dickinson" has nonetheless surprised viewers with its lead character travelling from around 1850 to 1950. Written by Alena Smith, and named after Dickinson's "The Future never spoke," it sees the poet and her sister meeting Sylvia Plath.

"What is so hilarious and dark to me about this episode," Smith told Digital Spy, "is that Emily and Lavinia go to the future, but the future is the 1950s, and they think, 'Oh, wow, we're in the future. Life must be great for women.'"

"Well, no, it's not," she continued. "As Sylvia darkly comments at the end of their visit, 'The future never comes for women.'"

The show has always portrayed Emily Dickinson as a modern woman in the 1800s, and it has been about our present-day misconceptions about her.

"I've had so many times when people would say to me, 'When did she kill herself?'" Smith told Digital Spy. "And I'm like, 'Well, she didn't kill herself. She lived a nice, long, happy life, and died of old age.'

"[This] is a distortion of women's lives and women's experiences," continued Smith. "And so I bring in what is also a caricature of Sylvia Plath, but to present to Emily a caricature of herself, and really of how she's going to be remembered if -- I suppose in the show it functions as like: if she doesn't own the truth about herself."

"The Future never spoke" first streamed on Apple TV+ on December 3, 2021. It's the seventh episode of the show's third and final season.