Apple customers can 'let it snow' in the Apple Store app

AppleInsider
Posted: December 6, 2021 1:53PM
in iOS
Apple has continued its holiday tradition of an Easter egg in its Apple Store app, with users able to "let it snow" on an iPhone screen. 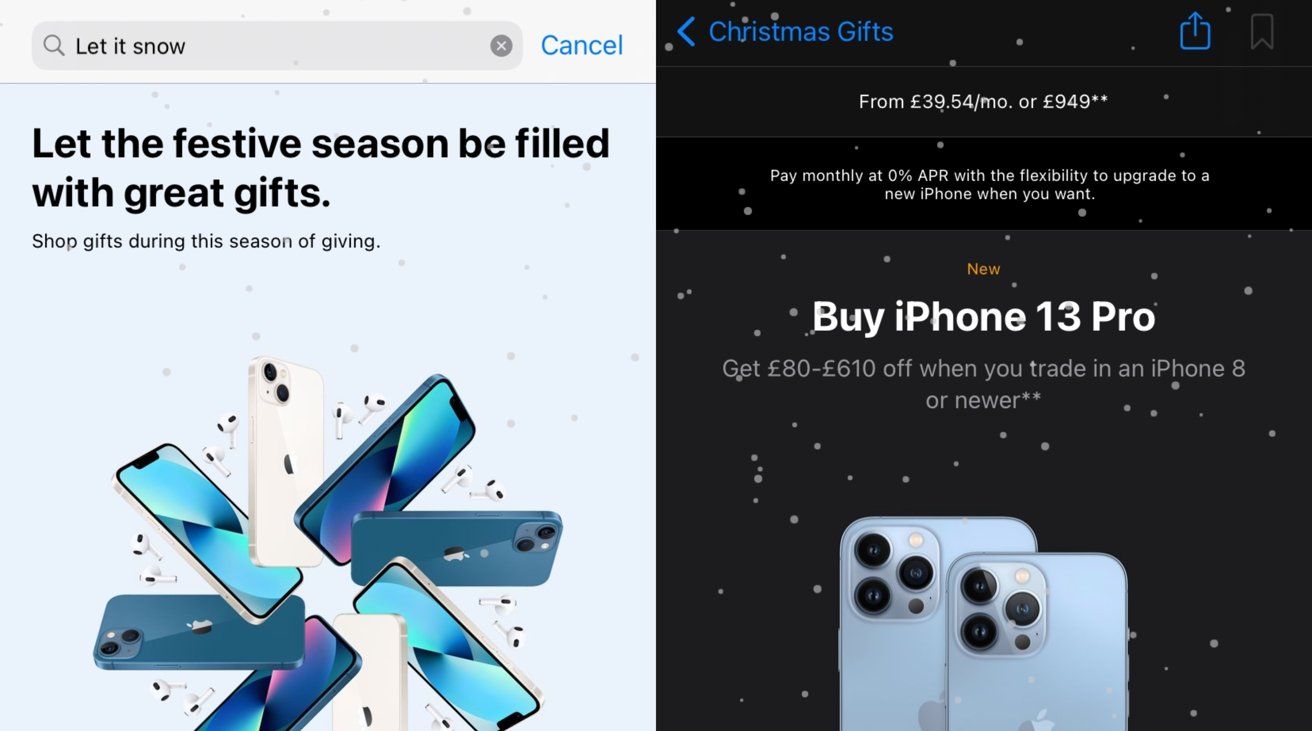 In a nod to the holidays, Apple has hidden a little feature in its Apple Store app to give it some festive cheer. Users can generate a small snowstorm within their iPhone, which will drop snowflakes from the top of the screen while they're looking at potential purchases.

To turn on the feature, all users have to do is type in the words "let it snow" into the search box. Once entered correctly, snow will start to fall from the top of the screen.

The effect is persistent, staying on screen while the user continues to navigate the store's pages. Shaking the iPhone or iPad will make the snow swirl around, similar to a snow globe.

This isn't the first time Apple has included the feature in the app, as it has previously surfaced a few times over the last few years.

In early November, Apple advised customers should start shopping early, at the same time as extending its return policy for purchases. It has also launched a 2021 Holiday Gift Guide, and released its Shot on iPhone holiday short "Saving Simon."