AppleInsider
Posted: December 7, 2021 5:42PM
in iPhone edited December 2021
Game peripheral producer Razer has launched its Phone Cooler Chroma, a MagSafe-compatible cooling device for the back of an iPhone. 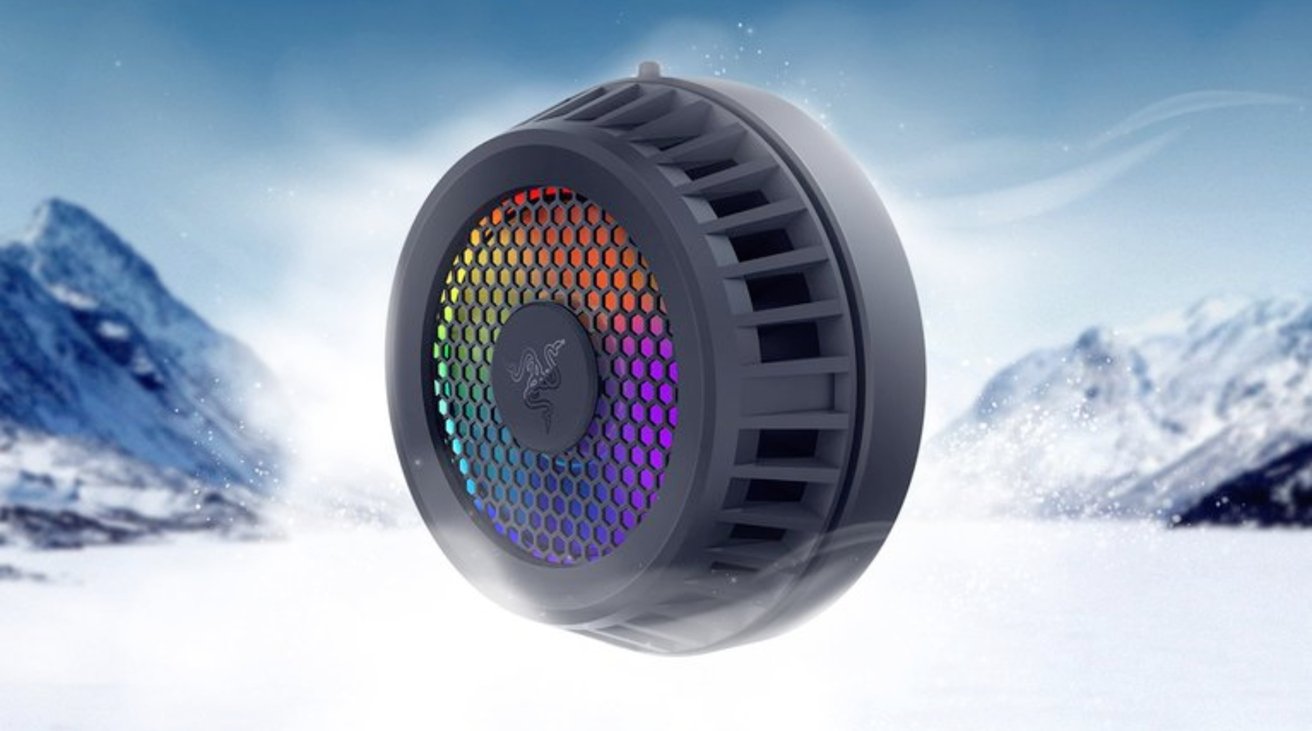 The Razer Phone Cooler Chroma is an accessory that attaches to the back of smartphones, including the iPhone and Android devices. Rather than using a case with cooling capabilities, the cooler is meant to be attached to the iPhone when needed.

Connecting using MagSafe, or a clip for older iPhones and Android smartphones, the cooler consists of a Peltier cooling tile that sits close to the smartphone's rear. A seven-bladed fan is used to draw air from the surrounding aluminum heatsink, spinning at up to 6,400 RPM, which is then exhausted at the back.

As well as cooling down connected smartphones, the cooler also includes twelve customizable RGB LEDs with various effects, which Razer says provides "greater style and gaming immersion." Power is not provided over MagSafe somehow, but is instead provided over a USB-C cable. The included cable is about five feet long which seems like it might not be long enough for practical use.

Razer is selling the Phone Cooler Chroma now via its website, priced at $59.99.

This is not the first time Razer has attempted to provide extra cooling to iPhones, which can get warmer when under load from games and other apps. Its Arctech iPhone Gaming Case lineup claimed to collect and dissipate heat away from the iPhone itself, enabling it to run for longer without thermal throttling.

Razer also produces the Kishi game controller, an MFi-certified accessory that expands and fits around the iPhone, while also providing access to console controller-like controls.