Hyper's new Turntable Dock lets you spin your iMac around 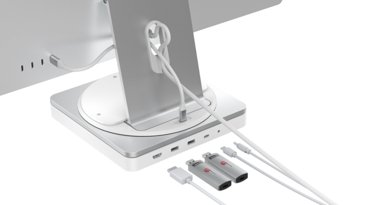 Hyper's product launches for CES 2022 include a pair of devices that are up for a CES Innovation Award. The two items expand the connectivity of connected Macs, but in fairly different ways.

The HyperDrive Turntable Dock is designed to sit underneath the stand of a 24-inch iMac, with the top allowing the iMac to rotate 360 degrees on the spot. Hyper reckons it can be used for collaborative purposes, to make it easier to see what's on screen at different angles, and to re-angle the onboard webcam. 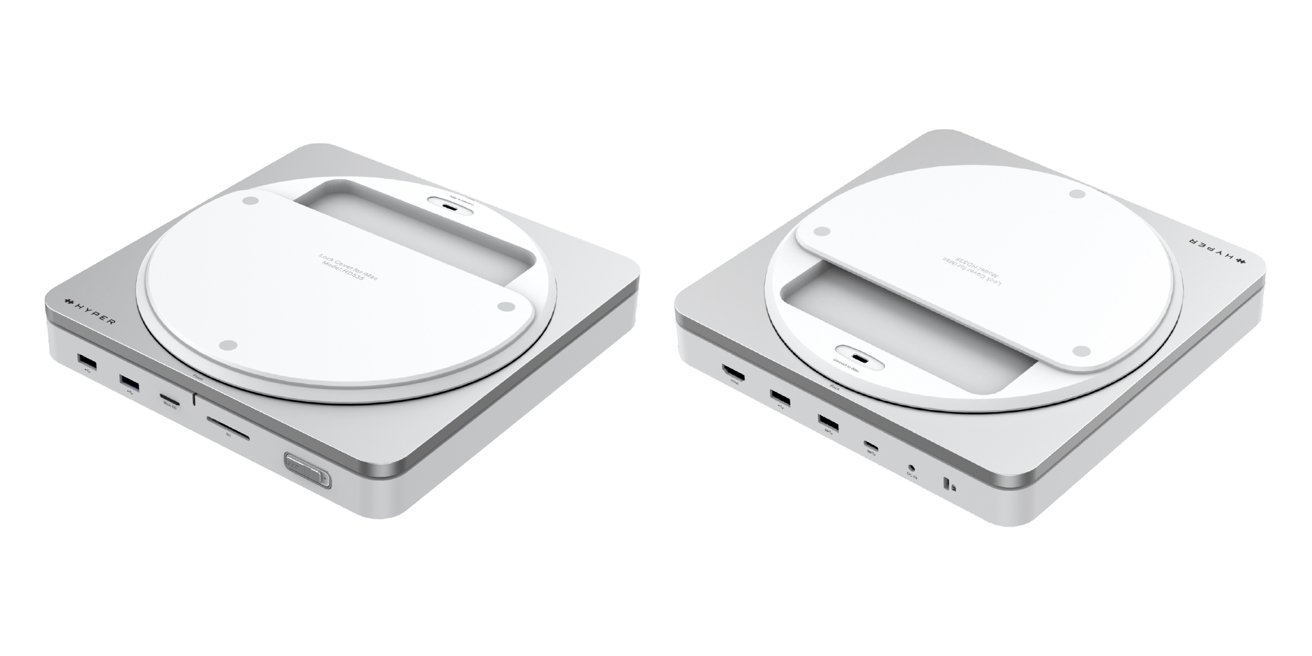 The front and back of the HyperDrive Turntable Dock

Along with the turntable, the dock also has built-in enclosure for up to 2TB of M.2 SATA or NVMe storage. Rather than requiring tools to access, the dock has a push-to-release construction to simplify installation and switching of drives.

The dock also includes ten ports, including HDMI out, a MicroSD and SD card slot, one USB-C, and four USB-A ports.

Hyper will be making the HyperDrive iMac Turntable Dock available to order from its website on Monday, priced at $199.99. 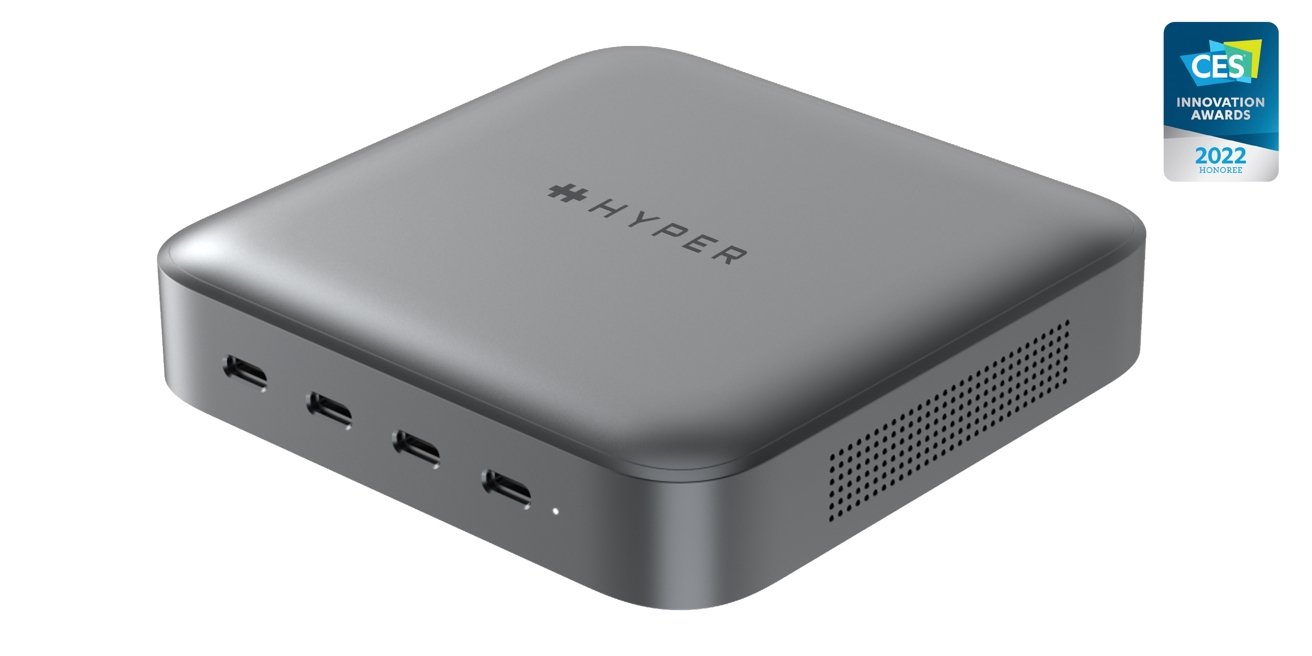 The HyperDrive Thunderbolt 4 Power Hub is, as the name suggests, a Thunderbolt 4 hub that provides a way to expand the number of such ports available on a connected Mac. While one of its four ports are used to connect to the host, the other three are downstream ports that also support daisy-chaining.

The "Power" part of its name is from its use of Gallium Nitride (GaN), which allows it to dispense with the usual chunky power brick. This gives it a cleaner appearance on a desk, due to the loss of the extra component in favor of a plain power cable.

The hub also boasts of enhanced graphical performance for Intel Mac users with eGPUs, due to offering 32Gbps PCIe data transfers. Furthermore, it is able to handle a single 8K 30Hz display, or a pair of 4K 60Hz displays from a supporting Mac.

Hyper plans to introduce the HyperDrive Thunderbolt 4 Power Hub on Monday, but has yet to reveal pricing.