Intel plans iPhone control by Evo PCs by end of 2022

AppleInsider
Posted: January 4, 2022 7:15PM
in iPhone edited January 4
Intel will be allowing users to control their iPhone from their notebook, revealing at CES that high-performance Evo-branded PCs will gain the facility by the end of 2022. 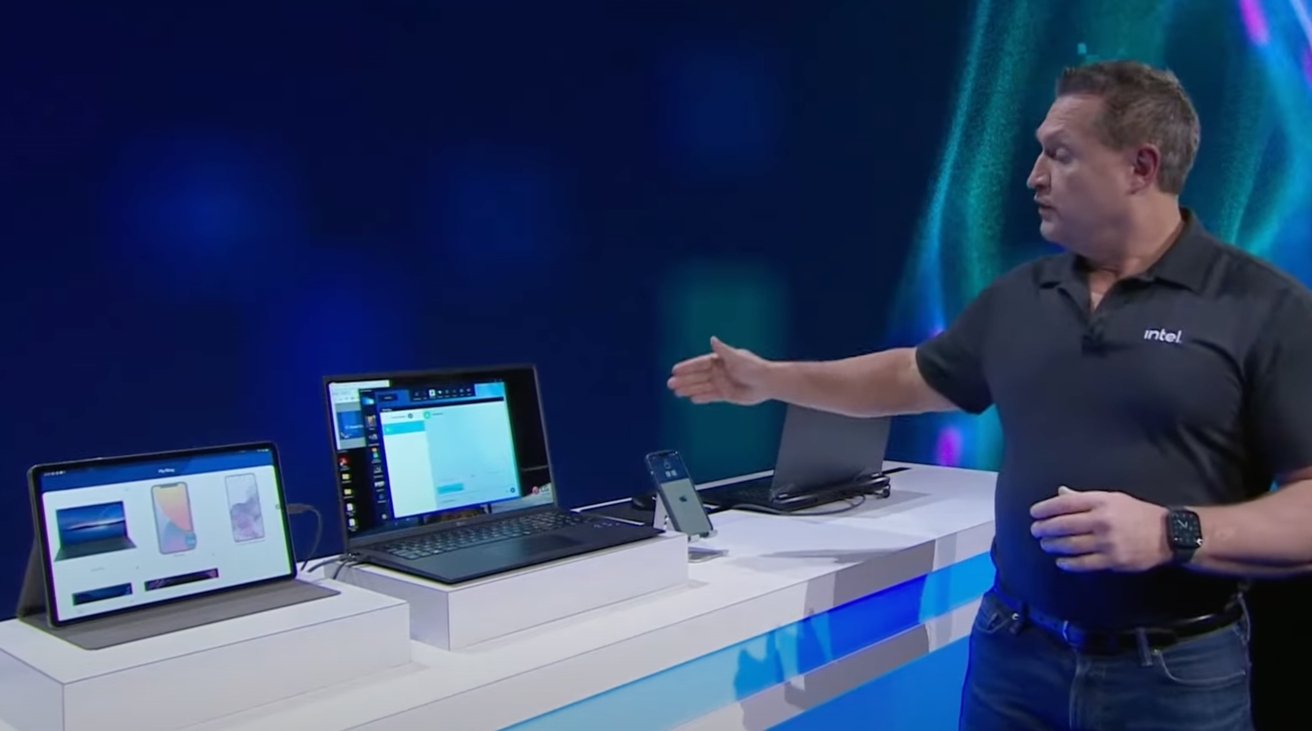 With the chip industry looking elsewhere than Intel for innovation, the long-standing processor maker has to offer some interesting features to get consumers to buy upgraded systems. During an on-stage presentation at CES 2022, it seems iPhones could be part of the plan.

Based on technology from Screenovate, a company recently acquired by the chip giant, Intel plans to use its device control system on Evo-branded PCs. The system effectively allows users to send documents and files to their iPhone from their PC desktop, as well as to send and receive text messages and partake in iMessage conversations.

The system will also be able to pull health data from an Apple Watch connected to the iPhone, such as heart rate and ECG results. Another demonstration showed the possibility of using an Android tablet as a second screen for the PC, similar to Apple SideCar, but it is unclear if it will be available for iPad users in the same way.

While the feature will initially be offered on "an exclusive number of" high-performance Evo PCs, Intel also apparently intends to extend the system to other Intel PCs after its introduction in the holidays of 2022.

This is far from the first time that such messaging, mirroring, and file transfers with an iPhone have been promoted, and also not the first time for Screenovate either. Before being bought by Intel, the firm's technology was used in Dell Mobile Connect to provide the same services.