Gen Z survey says 87% of US teenagers own an iPhone

AppleInsider
Posted: January 6, 2022 11:47AM
in iPhone
The latest Piper Sandler teen survey shows that iPhone use has gone up, as has the popularity of the Apple Watch, and Apple Pay. 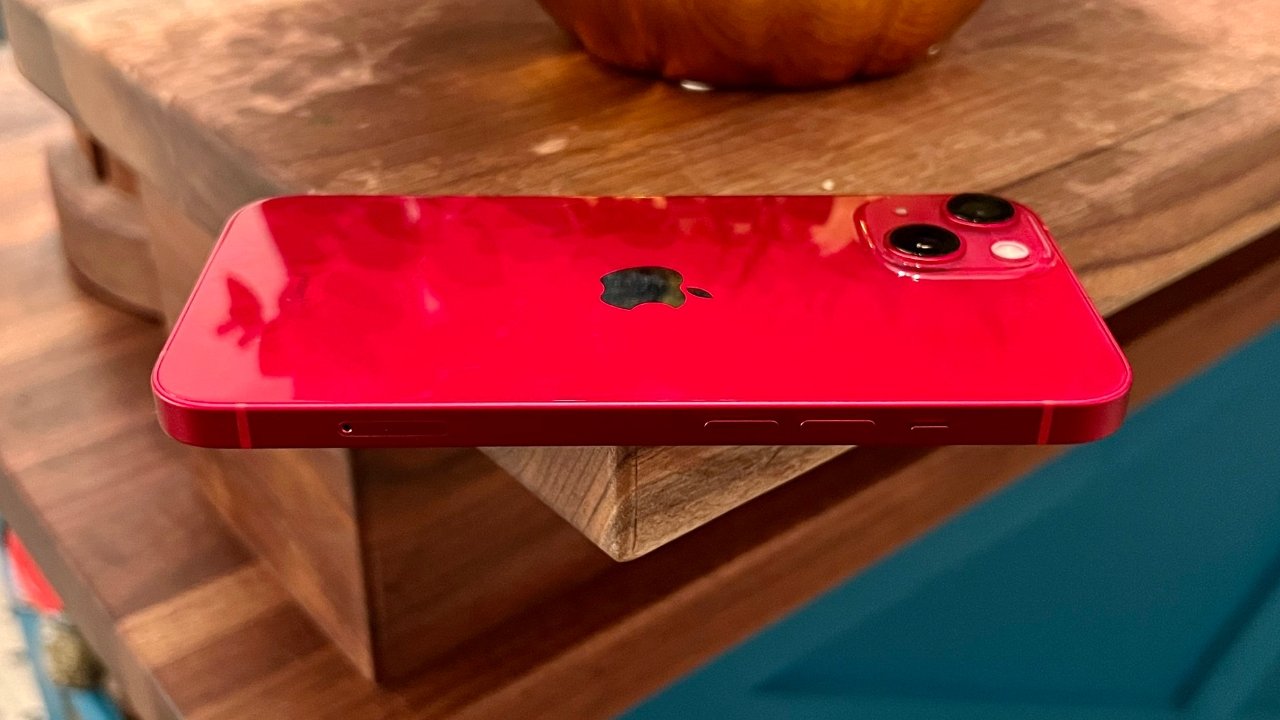 Analyst firm Piper Sandler's approximately twice yearly survey of teenagers in America shows that iPhone ownership is up 1% to 87% since its last report. At the same time, the new figures claim 88% of teenagers say their next phone will be an iPhone, which is down 1% from the last report.

"Both the 87% iPhone ownership and 88% intention to purchase an iPhone metrics are near record highs for our survey," write Harsh Kumar and Chris Donat, managing directors of Piper Sandler, in the full report."We view the elevated penetration and intention are important for a maturing premium smartphone market."

"In addition, these trends are encouraging as the company continues to introduce new 5G iPhones," continues the report, "which could provide a significant product cycle refresh. We think these positive trends can also be a catalyst for further services growth as well, as the install base for Apple hardware continues to grow."

The survey also says that 15% of teenagers intend to buy an Apple Watch in the next six months, compared to 13% in the spring 2021 report. Apple Watch is now the most liked watch brand with 39% of teenagers saying it is their favorite, unseating Rolex which is now on 35%. 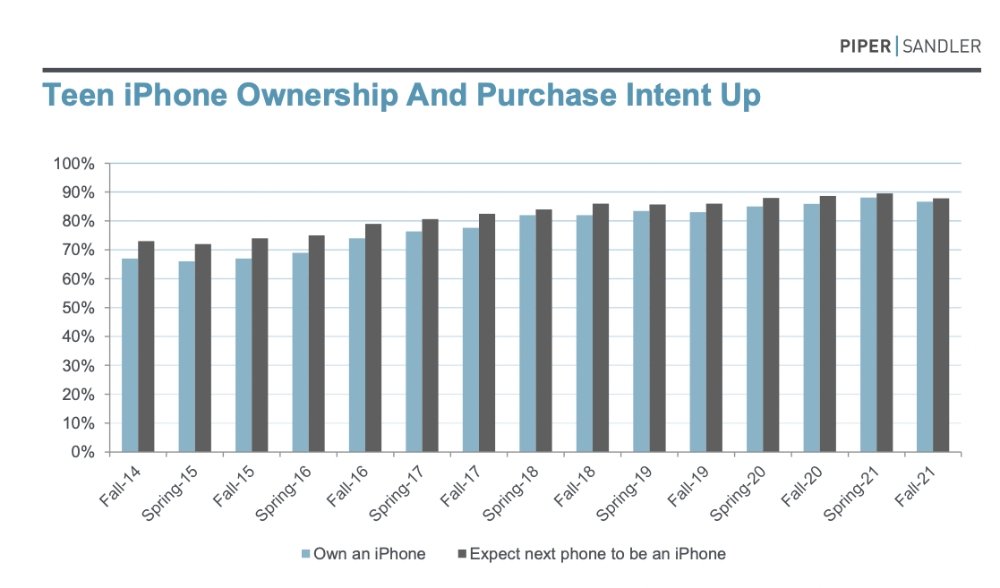 Teenagers surveyed overwhelmingly used cash to pay for items, though of all the alternatives, Apple Pay was second. Cash had been used in the last month by 85% of teenagers, up from 83% this time last year.

"While we are somewhat surprised by the cash penetration among teens," says the report, "we believe it is a function of 35% of teens surveyed not having a traditional bank account."

"We expect as teenagers get older, they will graduate to electronic payments methods such as Apple Pay, PayPal, and others," it continues.