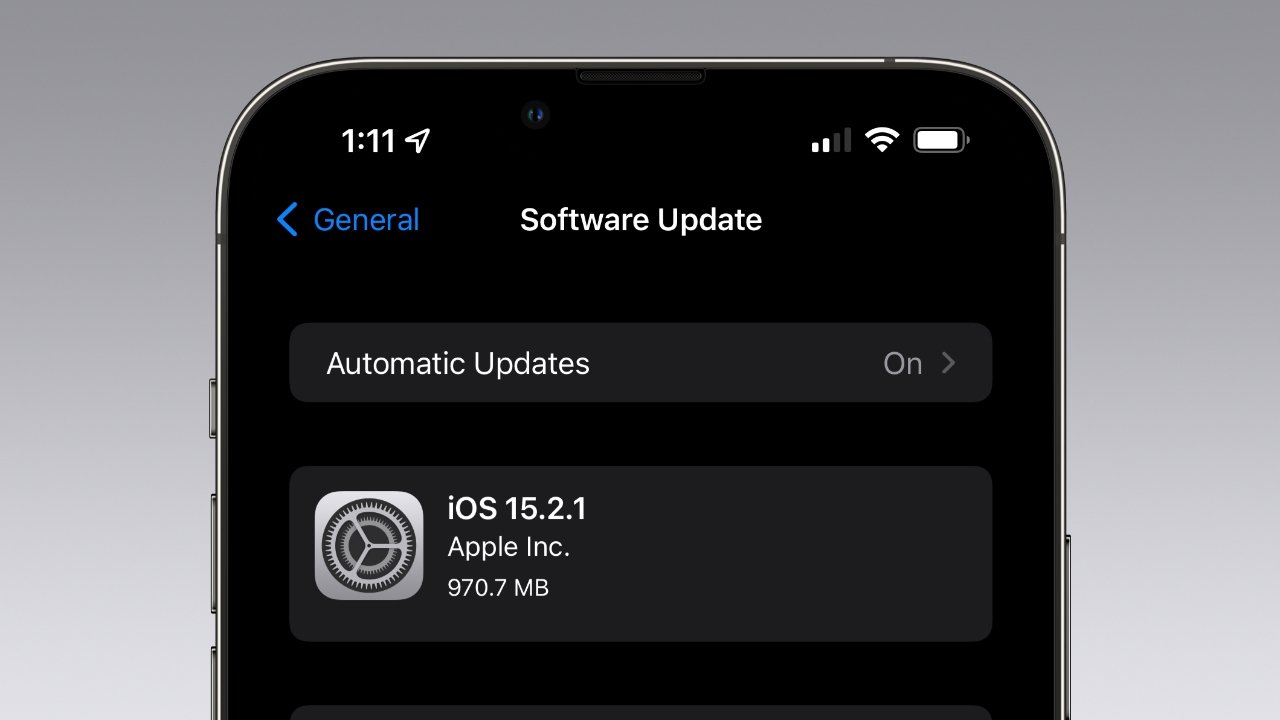 Both the iOS 15.2.1 and iPadOS 15.2.1 update are build number 19C63. They are available as an over-the-air download on compatible iPhone and iPad models. Users can get them through the software update mechanism in the Settings app.

Apple says that the release addresses a HomeKit denial of service issue, a problem where third-party CarPlay apps may lose touch sensitivity, and a bug where Messages may not load photos sent using an iCloud link.

The HomeKit DDoS attack was revealed by a researcher on January 1 and could be executed by entering a device name of over 500,000 characters. Devices that tried to load the device name could be placed into a reboot cycle and made unusable.

The previous update, iOS 15.2, was released on December 13, with legacy contacts and child protection features for iMessage.