AppleInsider
Posted: January 16, 2022 8:09PM
in General Discussion
Apple allegedly thought about creating a portable version of the HomePod with a battery, with a report claiming a prototype was produced but not turned into a final product. 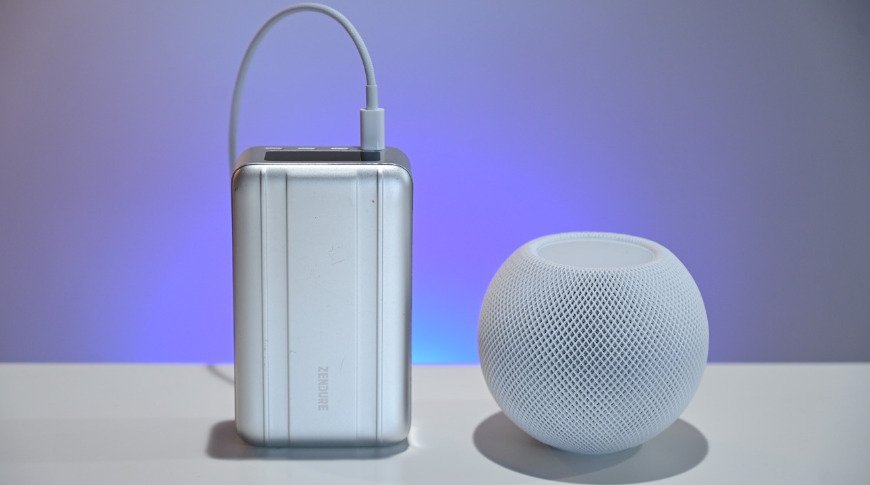 A HomePod mini and a USB-C battery pack.

Both the HomePod and the HomePod mini are designed for use indoors, with each equipped with power cables and to be plugged into an outlet. While Apple doesn't currently sell a portable version, it did once consider the possibility.

According to Mark Gurman's "Power On" newsletter, Apple is said to have worked on the idea internally, to the point that a prototype was developed an unmentioned number of years ago. While a battery-operated speaker was produced by Apple, Gurman doubts that such a device would be launched under Apple's brand.

While designed to be connected to an outlet, the HomePod mini does use a USB-C connection to connect to a charger. With a sufficiently capable USB-C battery pack, it is possible to use the HomePod mini remotely, albeit impractical.

The question surfaced in the newsletter days after Apple discontinued the Beats Pill+, a portable Bluetooth speaker. The Pill+ was the last such device sold by Beats, with the firm now seemingly focusing on other personal audio products.

Apple has produced a portable speaker in the past, with the iPod Hi-Fi boombox designed to amplify an iPod's audio. However, it was discontinued by Apple after just 18 months.