AppleInsider
Posted: January 22, 2022 5:56PM
in iPhone
A so-called "pink screen" issue is affecting a small number of iPhone 13 units, with a brightly-colored display and crashes thought by Apple support teams to be a software problem, not hardware. 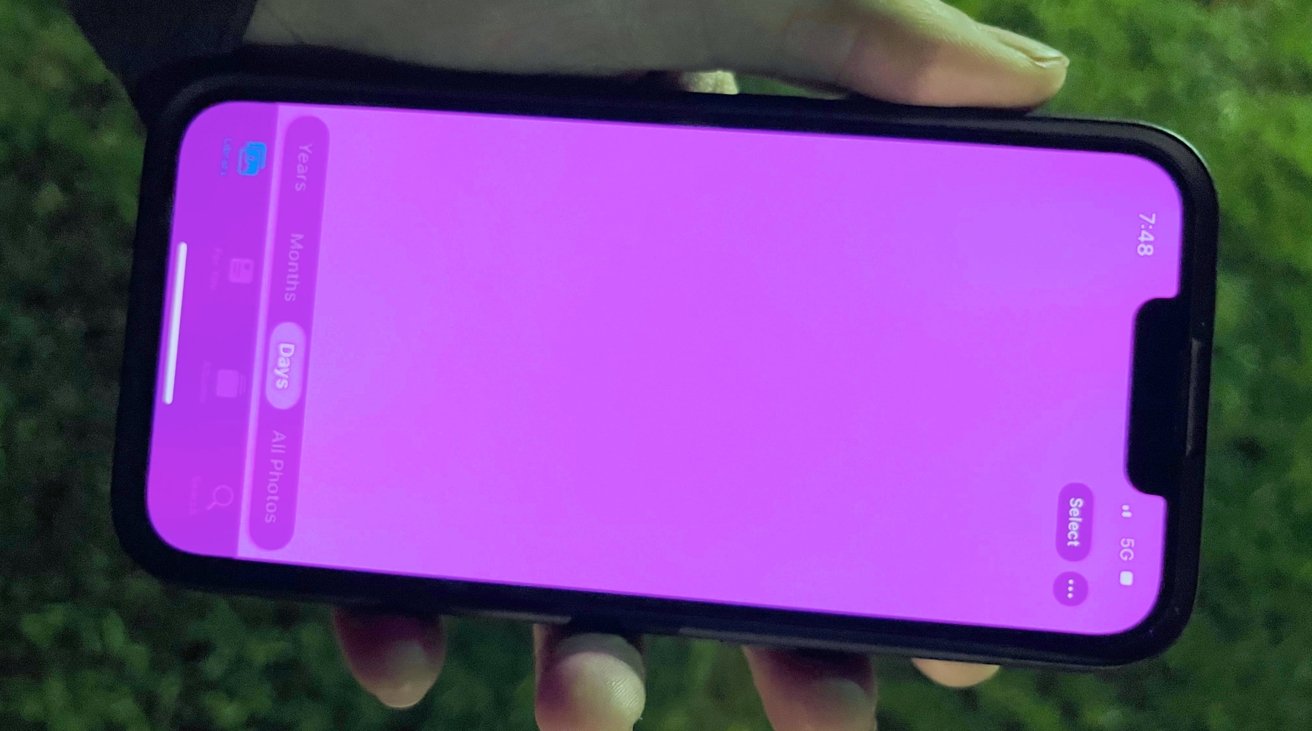 Shortly after the release of the iPhone 13 and iPhone 13 Pro lines in late 2021, a small number of users encountered a frustrating situation with their smartphones. Their iPhones would lock up and display a pink screen.

Posts to Apple's support forum offer many examples of the phenomenon, with the general symptoms being the pink display, freezes, and crashes. There is no indication as to what is specifically causing it for the users, but it is seemingly a fixable situation.

Some users state a reset of settings of the iPhone eliminates the problem, while others say they contacted Apple and swapped their handsets for a replacement.

According to a report from MyDrivers about Chinese users encountering the issue, it appears that Apple is aware of the problem's existence. A customer service representative is said to have told a consumer that the team hadn't received "relevant notices" that it was a hardware problem, but said it was a system issue instead.

The claim of it being a software problem rather than hardware is quite plausible. Some photographs and screenshots of the bright pink display show icons like the signal and battery indicators are white as normal, whereas they too would most likely be affected by a hardware problem.

The advice to affected users is to back up their data and then either factory reset or update iOS to the latest version. If the issue continues to occur, then a hardware repair may be warranted.