AppleInsider
Posted: January 25, 2022 4:05PM
in iPhone
An early app that made the iPhone look like you could pour beer from it, proved to be immensely lucrative -- but the stress of mass popularity forced its magician creator to walk away. 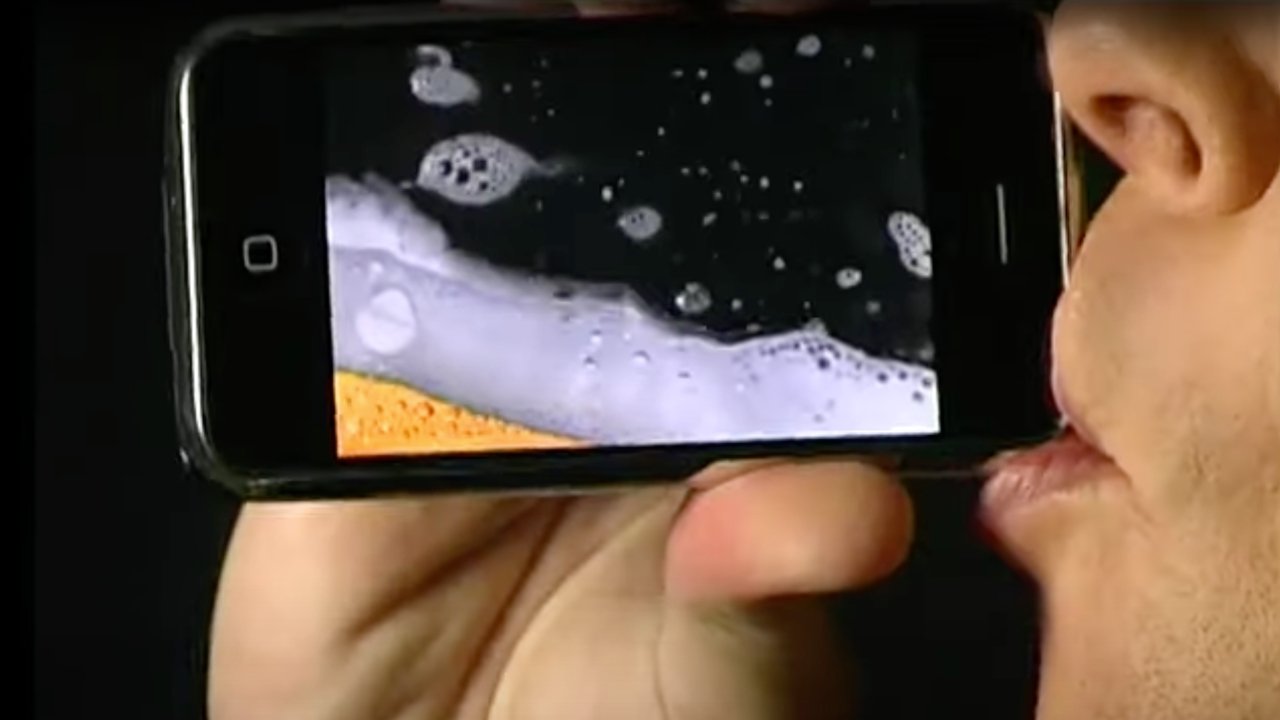 It was a simpler time when the App Store opened in 2008. But while most novelty apps like fart noise ones faded away quickly, "iBeer" lasted much longer.

According to a new Mel magazine interview with its magician creator, it also began long before the invention of the App Store.

"I built the very first iteration of this mechanism for the Palm Pilot," said creator Steve Sheraton, "called E-spresso, which turned the little monochrome screen into a cup of coffee -- but because it didn't have an accelerometer, I just made it a video that you could time with your drinking motion."

Ten years later, Sheraton made another video, and this time for the iPhone. Despite the then-new iPhone having an accelerometer and vivid color screen, Apple initially wasn't going to have an App Store.

Sheraton made a new video, this time with beer, and again users "had to time your actions to match the video." He did it as YouTube video, while he was "dead broke, just trying to get by," and that video got millions of views.

He redid that video as a downloadable iTunes one and sold it on the iTunes Store for $2.99.

"It was just a little video file that people had to hardwire in and download via iTunes," he says. "But I probably made around $2,000 a day for the longest time from that." 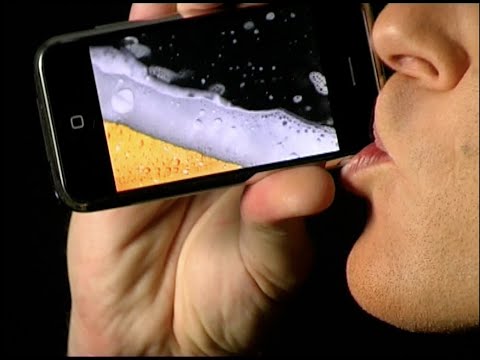 The App Store was still not open, but Apple was looking for developers that would show off the iPhone's capabilities. They saw Sheraton's video and encouraged him to turn it into an app.

"The accelerometer is constantly measuring the phone's angle versus the horizon," explains Sheraton, "so by tethering the line between the liquid and the foam to the horizon, you can move your phone in any direction and it looks like it's filled with liquid."

"From there, the rest is just a series of 'if statements, so 'if the tilt of the phone goes beyond X,'" he continued, "then the program should switch to different loops of foam and liquid that make it look like the phone is emptying."

Sheraton's $2.99 iBeer app "shot to first place on the very first day and stayed there for about a year." He says that yes, it appealed to the lowest common denominator - iBeer 2.0 had an optional burp sound effect - but also that there was more to its success.

"[It] allowed people to show their friends what the phone was capable of," he says. "You could show them maps and all these kinda geeky things, but iBeer was easier to understand and a funny, fun way to show off the iPhone's accelerometer and its bright screen with super lifelike colors."

Being at the top of the App Store charts is still what developers wish for, but in the earliest days there was a lot of money to be earned. For Sheraton and the Hottrix company he formed, "the amount of money was just so over-the-top."

"During our heyday, we were making $10,000 to $20,000 a day," he explains. "[But the] app's sudden massive popularity and that lifestyle - coupled with all the publicity and stress that comes with it - is an avalanche that can destroy people."

The launch of an almost identical app called "iPint" by Coors Brewing Company saw Sheraton suing the developer. Following legal pressures and the stress of the whole operation, Sheraton stepped away.

"As a magician, I liked creating and inventing the act, but repeatedly performing it just kinda killed me," he explains. "The app was similar - creating it and bringing it to the top was great fun, but then I had to move on and do something else."

Today iBeer is owned by Sheraton's old Hottrix company, and Sheraton himself now lives on a farm in Spain. He creates apps for magicians - "it's a niche market" - and says he's glad to just be able to serve "the needs of an industry I love."

The app is on version 11.4, and has been since 2017. It's free to download, and there are in-app purchases that turn iBeer into a milk, soda, or wine.