AppleInsider
Posted: February 1, 2022 4:57PM
in General Discussion edited May 19
Apple is continuing to develop technology that could allow virtually invisible input areas that can display information to a user while replacing physical buttons or controls on its products. 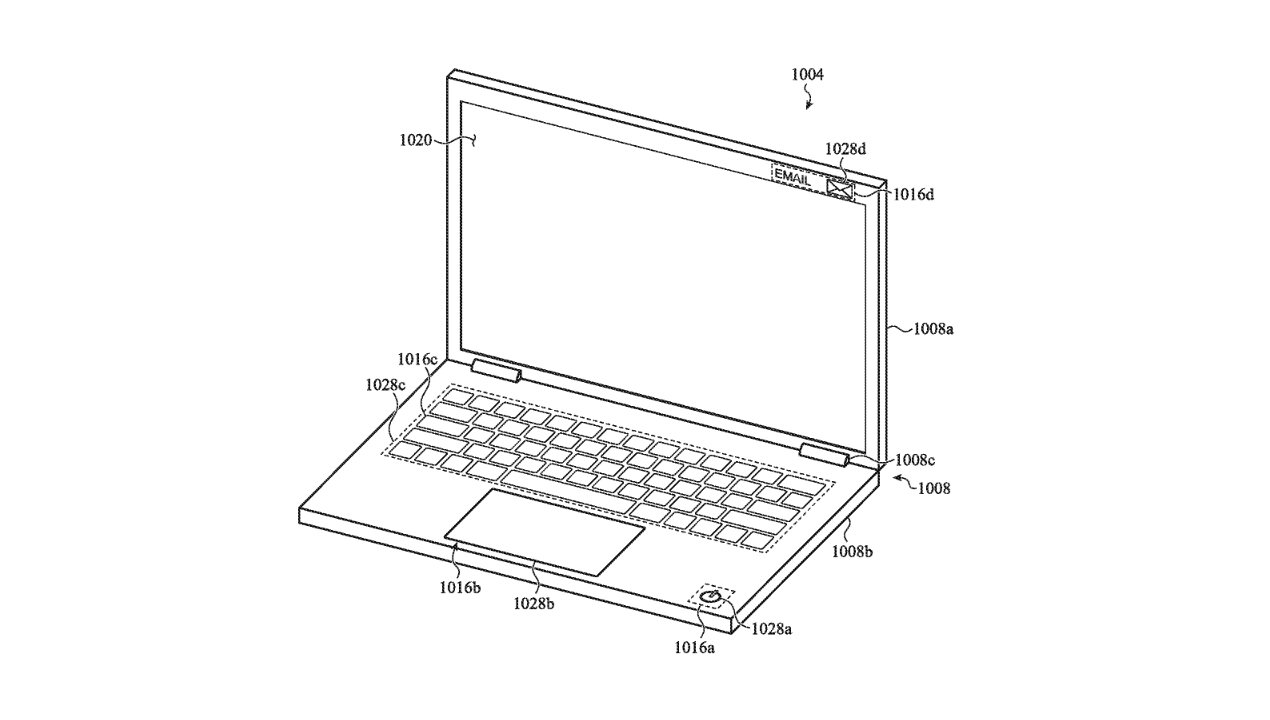 A figure from the patent depicting a MacBook

"Concealable input region for an electronic device," is a newly-revealed patent application describes technology that uses microperforations to sense input.

It's not the first time Apple has pursued this idea. In February 2022, the US Patent and Trademark Office actually granted Apple a patent for this idea, under the same title.

Apple says that the point of this granted patent, and of the new patent application, is to do away with the "large buttons, keys, or other mechanically-actuated structures" used to sense inputs on a device. That's because traditional input elements "may lack flexibility or adaptability and may permanently indicate the presence of the input device."

The solution is to add an input surface to a device's exterior that includes an array of microperforations. When in an active state, these microperforations can display virtual keys, buttons, or notification graphics to illuminate an input region.

The patent says that the input regions would "be visually imperceptible when not illuminated." In other words, the goal is to make these regions invisible when not in use. 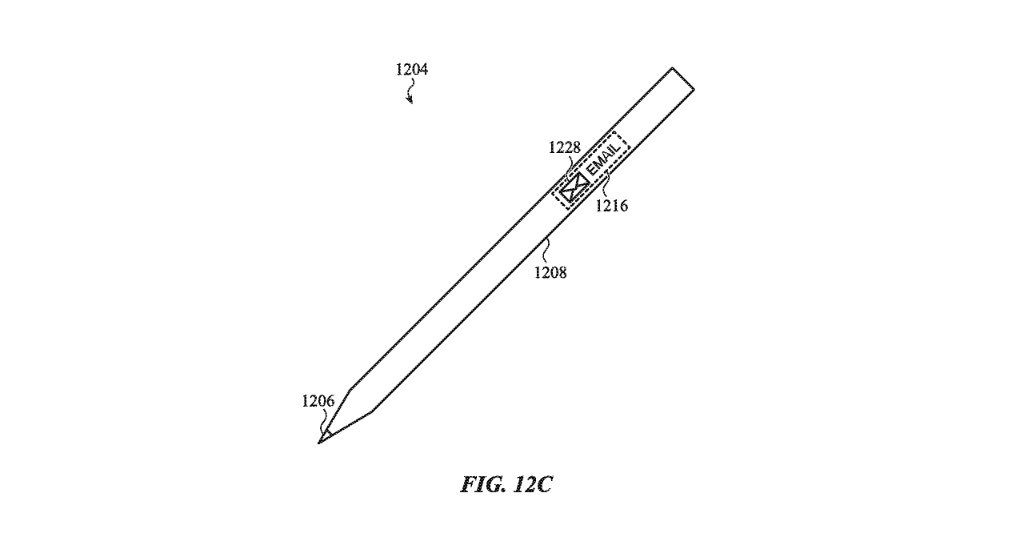 An invisible input area on an Apple Pencil.

These invisible input regions can then be further configured to receive an input, detect touch, or use other methods like optical, magnetic, and capacitance-based sensors to otherwise enable device controls. Apple says it could also be configured with a haptic portion to simulate the tactile response of a key or button.

Although portions of the patent's text describe an Apple Watch, there are figures in the patent that depict the microperforation technology applying to both iPhone, Apple Pencil, and MacBook devices.

Apple could use the input area to replace the physical button on an Apple Watch.

It's worth noting that the technology appears similar to the kind seen on the HomePod, which features a top input area that lights up when Siri is activated. Apple iPhone and iPad devices have also featured capacitive button that provides a tactile response despite not actually being a button.

Apple has been granted other patents related to microperforation illumination. A patent from 2012, for example, described a system for using similar technology to create invisible device controls that can light up when activated to indicate a control area.

The system could be used in conjunction with other Apple-patented technology, such as glass keyboards on a MacBook Pro or seamless all-glass iPhones.

Apple is granted numerous patents on a weekly basis, and applies for even more. Because of that, patents are a poor predictor of the company's future plans and also give little indication of when a described technology could make it to market.