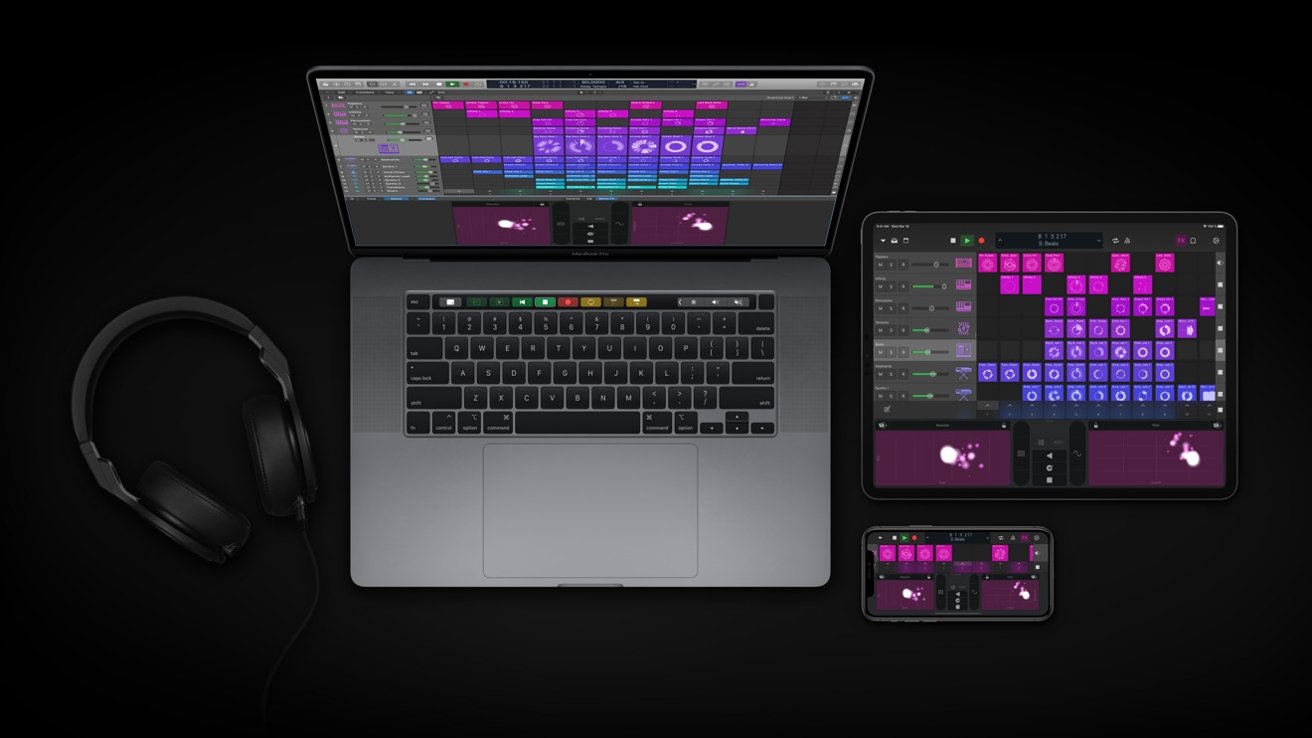 The new updates, which were issued on Monday, March 14, are relatively minor in scale, but they all add some new capabilities to Apple's suite of music-making applications.

In version 10.7.3 of Logic Pro X, for example, Apple has added spatial audio monitoring with dynamic head tracking for several AirPods and Beats by Dre headphones. The monitoring will allow musicians to get a more accurate preview of spatial audio playback on Apple Music.

The update also contains a slew of bug fixes and performance improvements, along with other tweaks to music creation features like the step sequencer, sampler, and live loops.

On Apple's MainStage app, which is meant for live performances, Apple has implemented a new refined design, expanded the sound library with more patches and kits, and introduced optimize performance for M1 Max and M1 Ultra Mac Studio models.

All three updates are currently available to download from the Mac App Store.