Apple's Studio Display uses a unique power connection, but don't pull it out

AppleInsider
Posted: March 21, 2022 11:42AM
in Current Mac Hardware
The Studio Display uses a non-standard power connector on the back, but while it is technically removable, most users shouldn't pull that cable out. 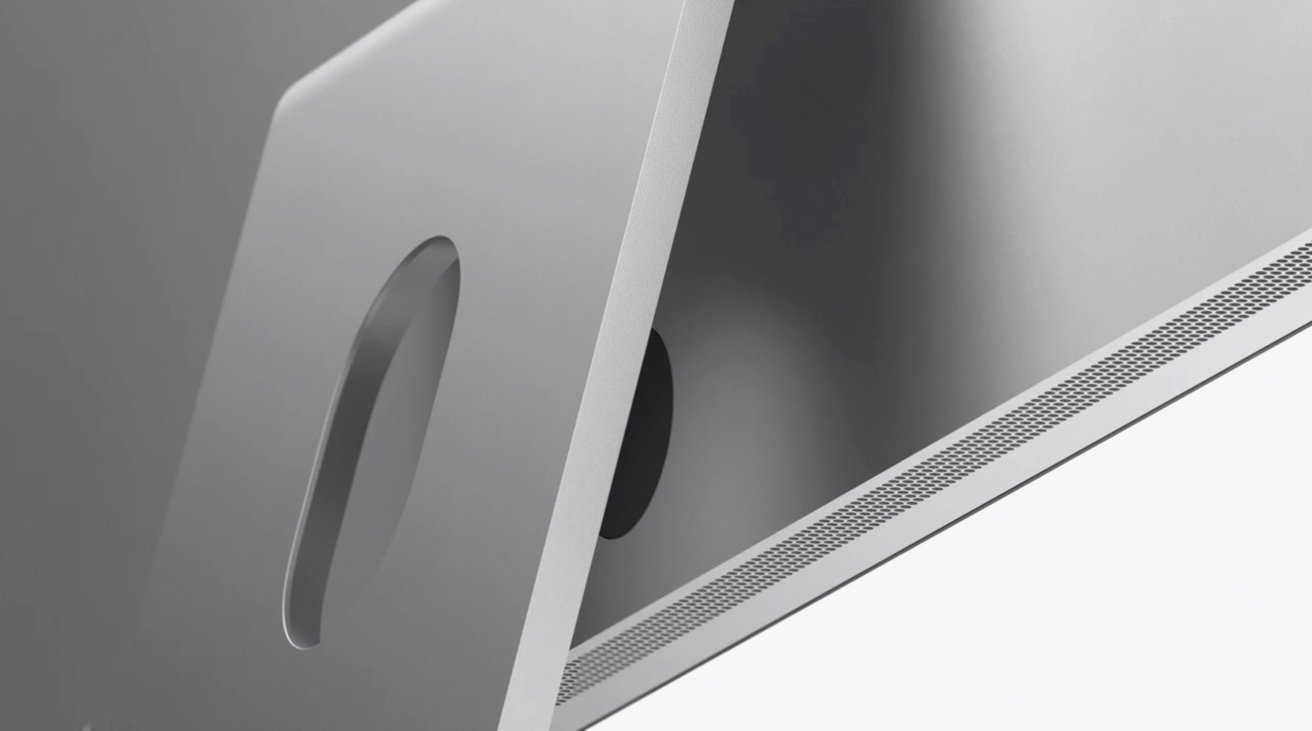 While most computer monitors on the market use a standard power connector that allows the cable to be plugged in and removed easily, Apple went down a different route for the Studio Display. It uses its own connection for the cable, as well as shipping the monitor with the cable attached and in place.

The design is a departure from the norm for Apple, as most of its Mac-related hardware uses removable power connectors. The similarly-styled 24-inch iMac uses a magnetic connection at the same spot that the power connects in the Studio Display, but here it is fixed in place.

While Apple hasn't directly addressed the power cable situation, it has said in support notes "The power cord is not removable." It is evident that the cable should stay where it is, and that end-users shouldn't try to pull it free.

The design decision has left some wondering what exactly has happened.

Most users will be familiar with the C13 power cord, a three-pronged plug taking the form of a chunky rectangle with two corners cut away. This is a very common connector used throughout the computing industry for larger devices, including monitors and PCs.

The problem with the connector type is its size. The C14 inlet, which is used to accept the C13 connector, is too deep to be feasibly included in thin computing deices. That's why Apple doesn't use it on the extremely thin 24-inch iMac, or on the slightly thicker Studio Display. 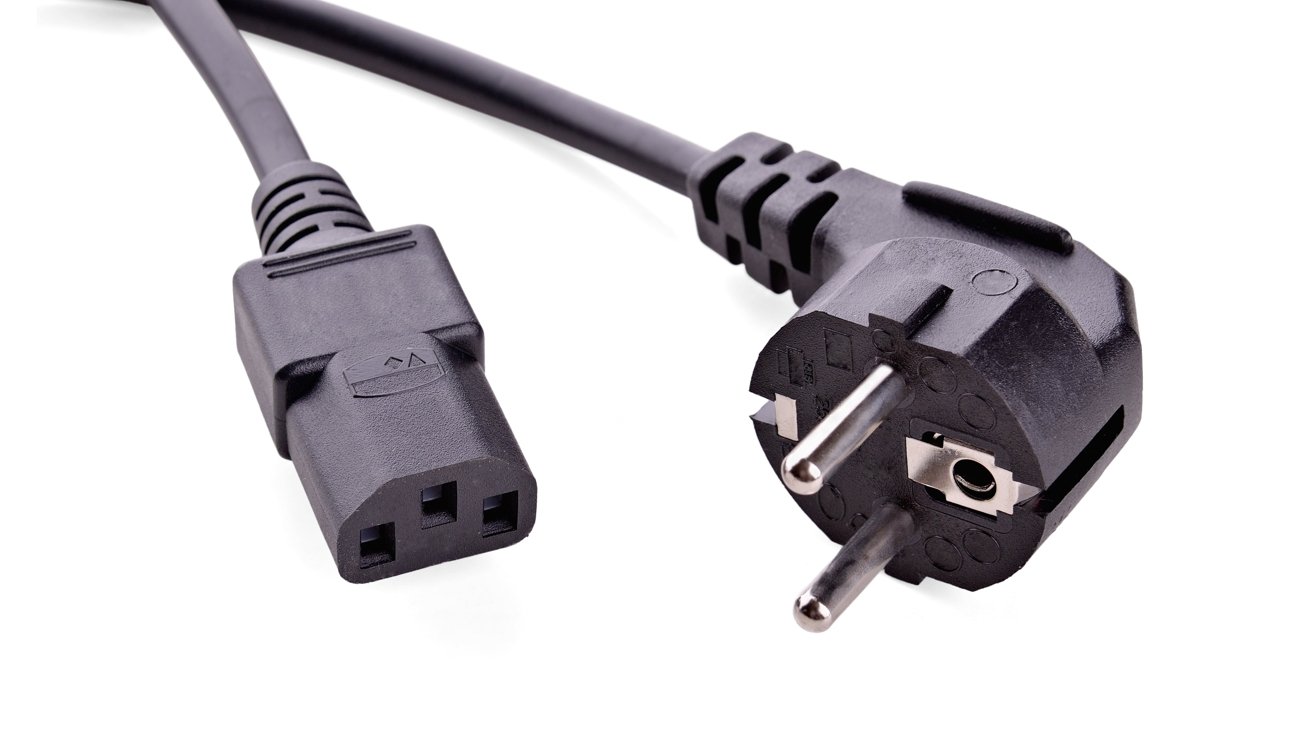 The C13 is a standard design used for monitor power cables, but the Studio Display is too thin to use it.

Eliminating that connector option presented Apple with the need to come up with a different solution. While using smaller connectors could've been an answer, that typically relies on there being an external power brick in use. As Apple kept the power supply internal, it rules out that as an idea.

Instead, Apple had to come up with its own power connector, to allow a cable that could feasibly be replaced to be connected securely. At the same time, the connector has to do so without Apple needing to sacrifice any extra thickness.

As demonstrated by Nilay Patel on Twitter, you could in fact pull out the plug from the power connector, to reveal a shallow and custom three-prong system in play.

Since it is so thin, it is difficult for Apple to make it an infinitely removable component like its standard counterpart. Instead, it is made to fit far more securely, so it doesn't accidentally get removed by the user.

It is likely that Apple advises against removing the cable due to the difficulty in doing so normally, without accidentally causing damage to the cable, its connections, nor the display itself.

To service the cable, Apple support actually uses a special tool to pull it free. Shown by @StellaFudge on Twitter and confirmed to be real by an AppleInsider source, the tool is a large circular drum with a handle, that the power cable is wrapped around before being pulled free from the monitor.

The tool's design and technique mean the cord is pulled evenly, without any torque off from the 90-degree removal axis.

Like Apple, AppleInsider advises against pulling the cable free unless it is absolutely necessary. You're more likely to break something in the process, if you're not careful.