Despite Thunderbolt, iPad to Mac communication is still a mess

AppleInsider
Posted: April 15, 2022 1:52PM
in iPad edited April 15
The latest iPad Pros have Thunderbolt ports, so you'd expect improved performance when connecting to a Thunderbolt-equipped MacBook Pro. Instead, it's a buggy mess. 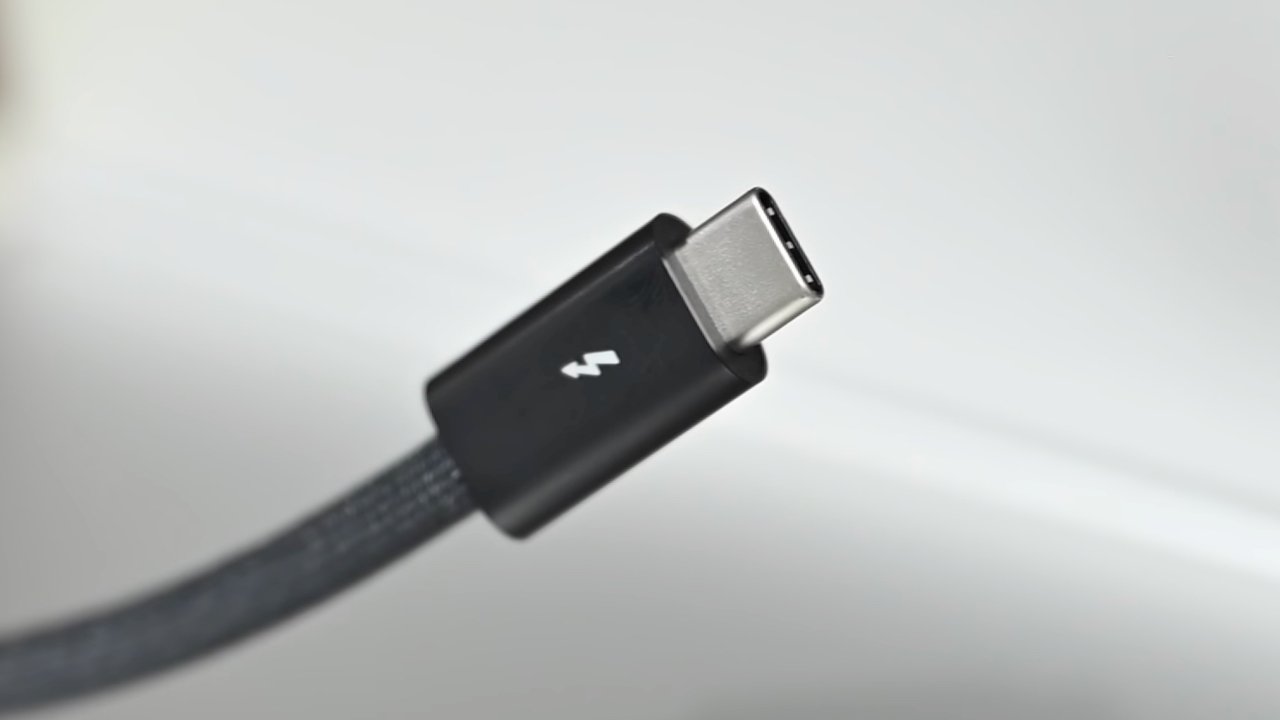 Users report that their iPad Pro with Thunderbolt would not connect to the latest MacBook Pros running Apple Silicon. So, AppleInsider tested and troubleshot the issue on a fifth-generation 12.9-inch iPad Pro and 14-inch MacBook Pro with an M1 Pro processor.

Posts on Apple's support website suggest that the iPad Pro wouldn't connect to a MacBook Pro over Thunderbolt, period. Others state that they had more luck when using Apple-made cables, but there were still issues with maintaining a connection.

So, the MacBook Pro was at least acknowledging the iPad Pro was being connected, but it wouldn't stay mounted in the Finder long enough for any real interactions. We were able to routinely reproduce this using any Thunderbolt 4 cable with the iPad Pro, but non-Thunderbolt cables worked fine. The iPad mini 6 with USB-C connected normally when using any cable, including the Thunderbolt cables, since it used the USB 3.1 standard. 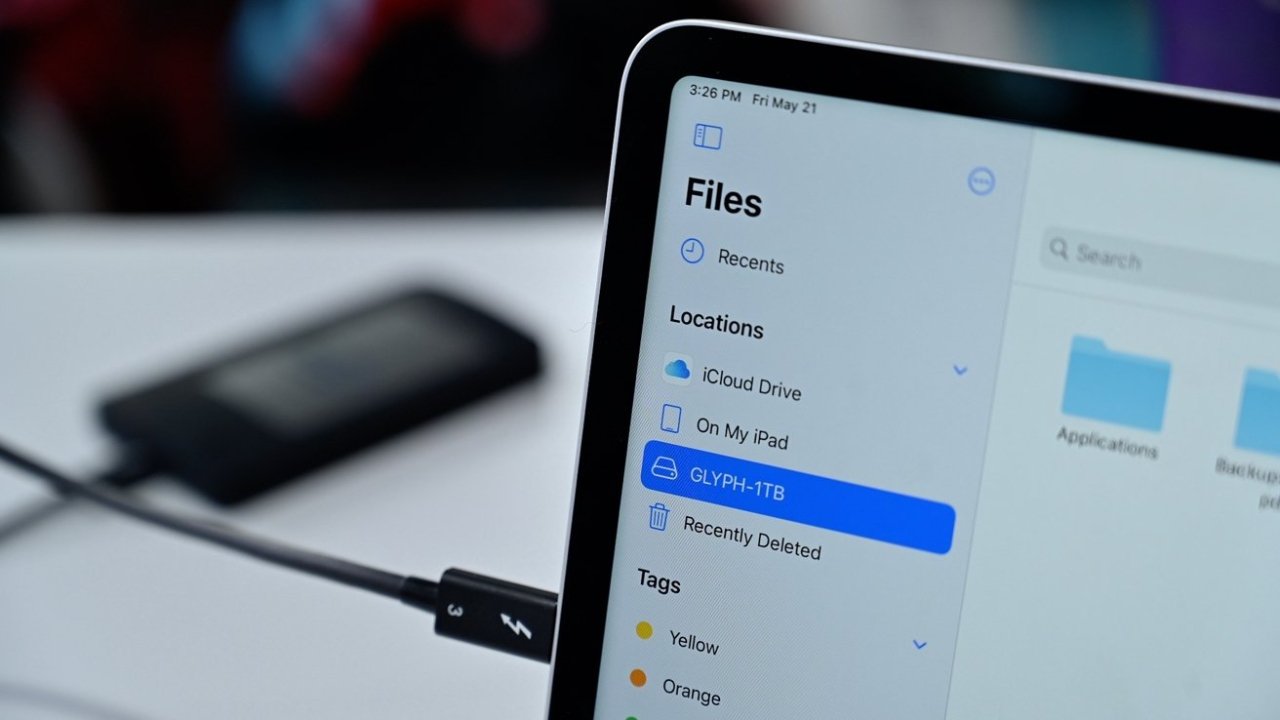 Users should expect normal behavior when connecting Thunderbolt products together

We bypassed this bug by repeatedly removing and inserting an assortment of Thunderbolt cables from the MacBook Pro's Thunderbolt port. Eventually, the connection remained stable with any one of a variety of cables, and files could be transferred and synced as usual.

However, this isn't a proper fix since it must be repeated each time you restart the Mac and want to reconnect the iPad.

While we weren't expecting much from them, we contacted Apple Support about this bug. The support representative took us through the usual troubleshooting steps as was expected, and they couldn't confirm if this was a known issue.

The issue persisted after restarting the Mac, reinstalling macOS, and performing a safe boot. 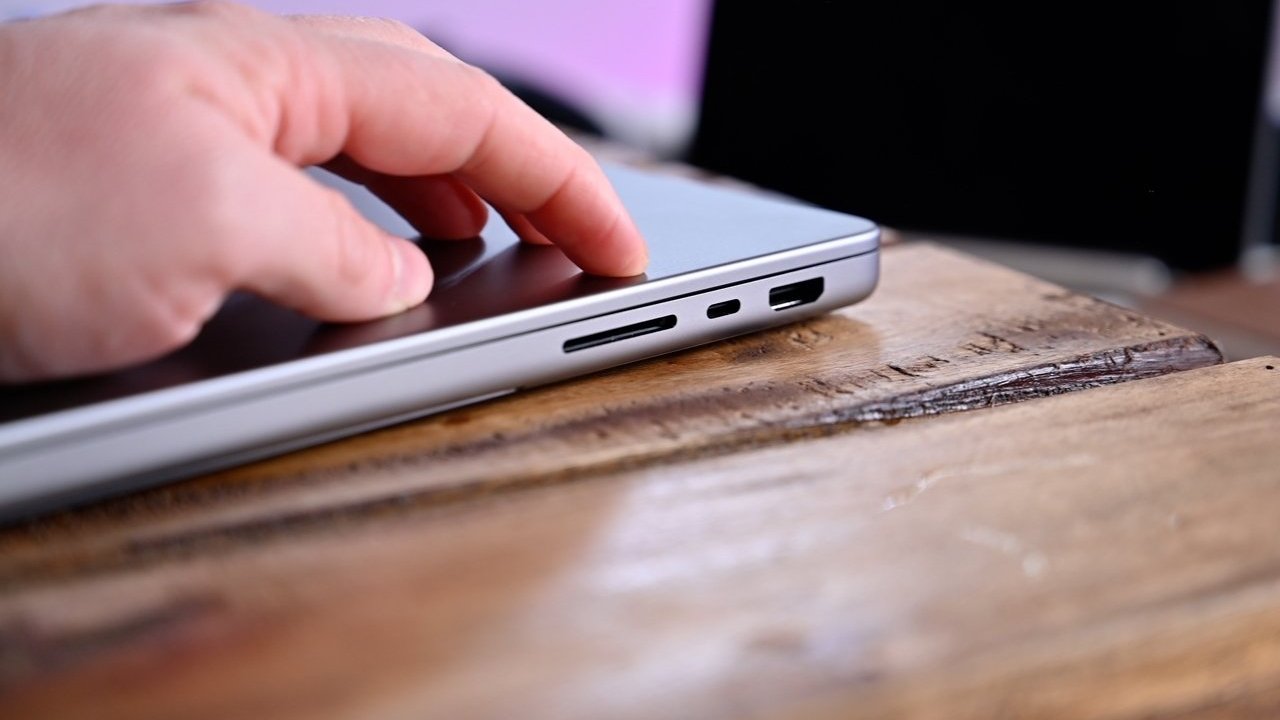 While there isn't a clear answer as to why this is the way it is, and the type of Thunderbolt cable be they active or passive doesn't seem to matter, it appears that macOS on Apple Silicon isn't expecting to interface with an iPad over Thunderbolt, despite a Thunderbolt iPad being around for over a year.

More on other Mac to iPad connectivity problems in a bit.

While this isn't a related bug, it is certainly a problem that needs addressing while discussing syncing devices with a Mac. When AppleInsider was investigating the connection issues, we discovered a whole new problem relating to transfer speeds. 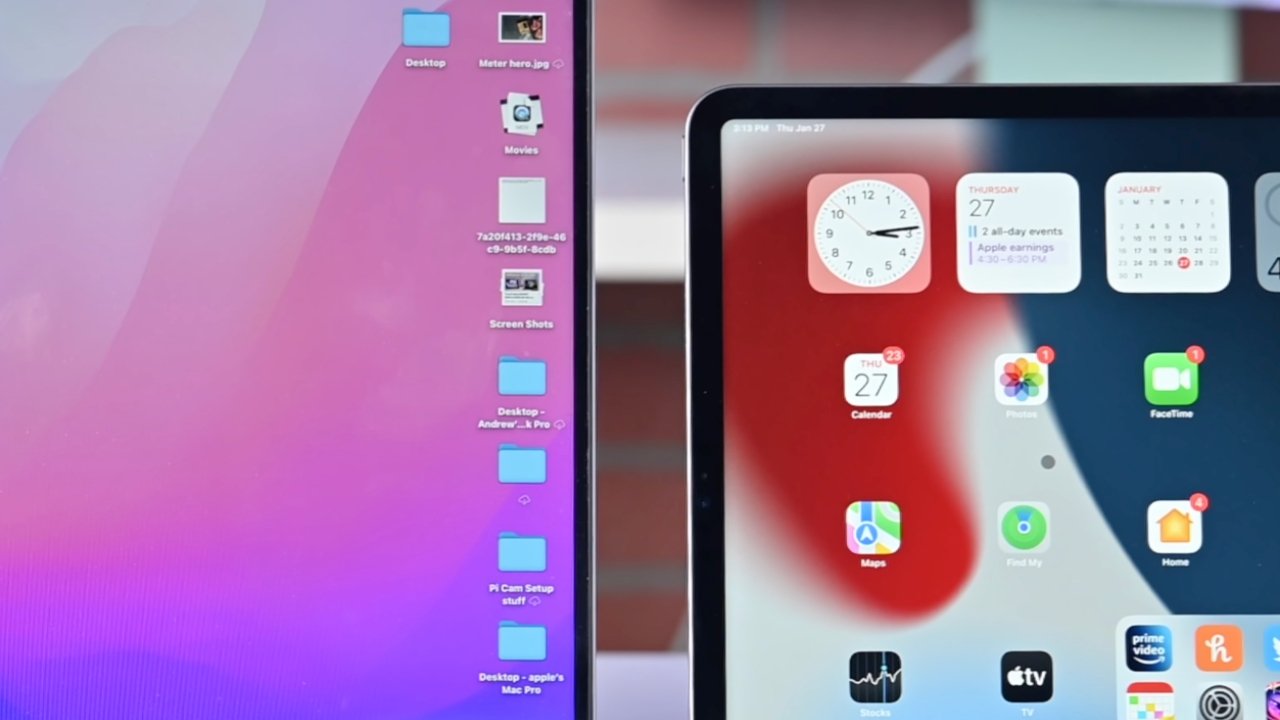 Some users in the support forums suggested that only Apple cables could be used to make data transfers, while others indicated that, at the least, they were superior. After getting the iPad Pro to remain connected to the MacBook Pro, we transferred a 5.9 GB file using different Thunderbolt cables to test that declaration.

The Apple Thunderbolt 4 cable could transfer a file at approximately 70MB/s, and any other branded cable had a speed of about 32MB/s. These speeds were verified via iStat Menus and manually timing the file transfer using a stopwatch.

Thunderbolt 3 and Thunderbolt 4 can hit in excess of 2.8 gigabytes per second.

When using the same cables on an Intel Mac mini, a totally different behavior was observed, which means this may be an issue related to Apple Silicon. The iPad Pro could connect without issue to the Intel Mac mini, and it had a 200MB/s data transfer rate regardless of the cable being used.

The data speeds aren't ideal in either situation since Thunderbolt is rated in gigabytes, not megabytes. However, this may be a problem associated with how Apple handles file transfer to iPad and iPhone since it used a proprietary protocol through iTunes. It uses essentially the same protocol across a cable to sync data through the Finder from compatible sources like the Music, TV, Photos, and Books apps. 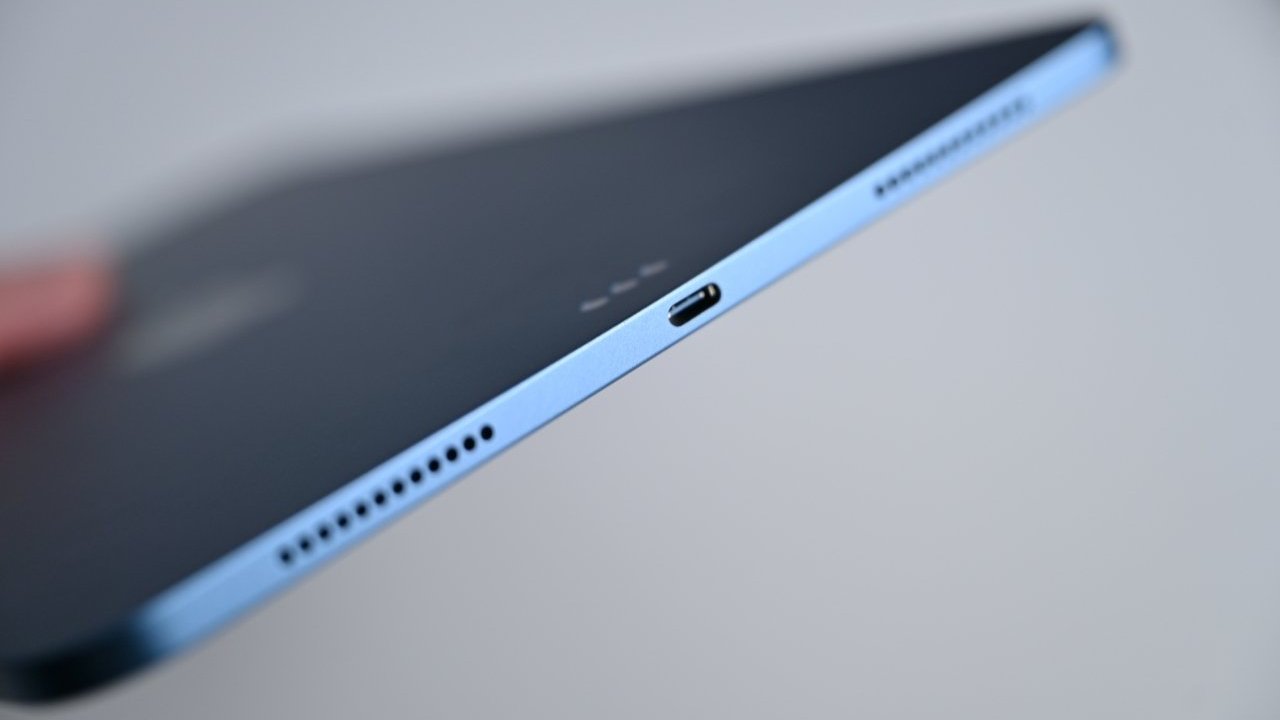 Connecting any iPad, even ones with USB-C, will result in slow data transfer speeds

Prior to macOS Catalina, all syncing and iOS or iPadOS device connections were handled by iTunes and its internal processes. After Apple broke out the Music app and TV app into their own products, sync management was moved to Finder and new frameworks were put in use to manage this.

One active daemon called AMPDevicesAgent can be seen in Task Manager any time an iPhone or iPad is connected to a Mac. This is the syncing framework and has been known to get aggressive with its CPU use during sync. Some users have reported 100% CPU use just by plugging in a device.

This proprietary syncing protocol is probably behind most of the issues we're observing on both Intel and M-series Macs. We're not sure specifically why at the moment, but the likeliest scenarios are that the protocol has a maximum expected transfer rate artificially limiting device connection speeds.

However, it isn't clear if it is responsible for the poor Thunderbolt connection, or if that's a driver problem within Apple's Thunderbolt controllers themselves.

How this affects users

This bug isn't exactly a deal-breaker for most iPad users. In order to encounter these bugs you'd need to own both an iPad and a Mac and want to connect them for syncing or SideCar. The Thunderbolt connection issue is even more niche since you'd need the latest iPad Pro and a Mac running Apple Silicon. 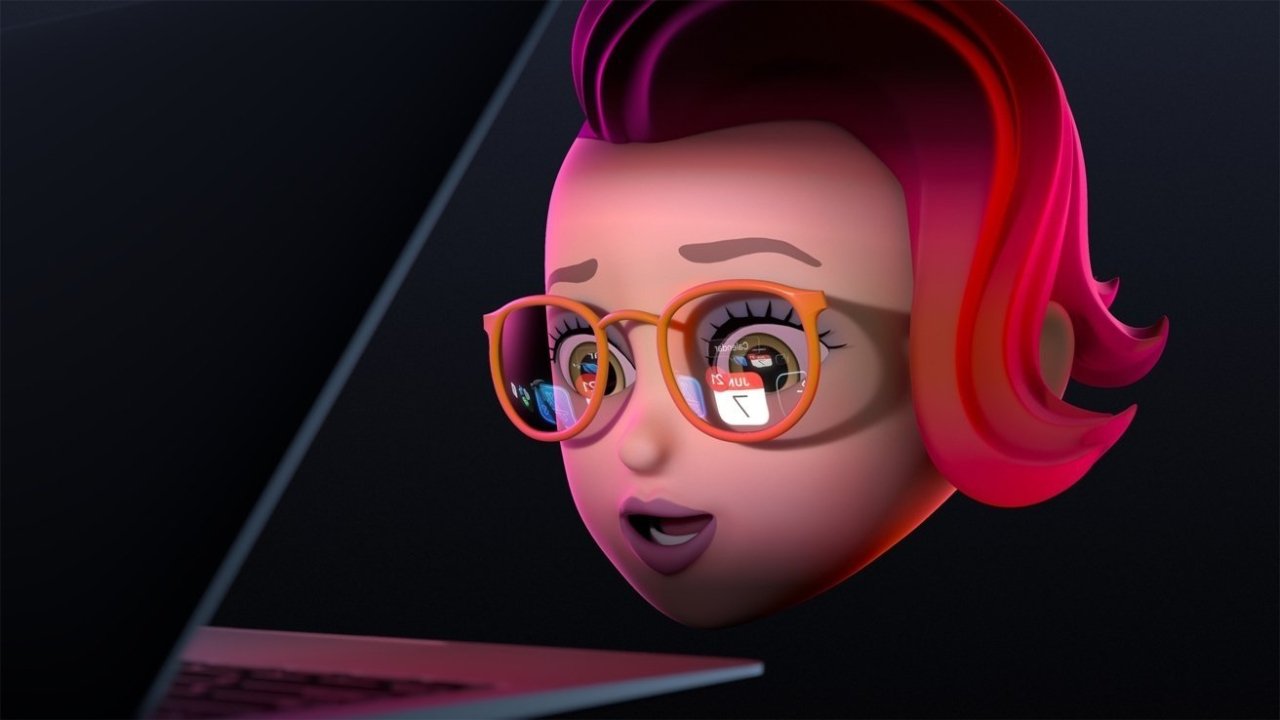 Apple developers should be testing every use case, especially ones Apple advertises

Those who use their iPad Pro as a primary computer will never encounter this issue either since it is likely they'd never have to connect it to a Mac. So, it is probable that this use case is so niche that even Apple didn't run into it during testing.

After all, for every Mac sale, there are about 25 iPhone sales. And, the ratio is about the same for iPad to iPhone sales as well. This has led to a fragmented user base, with most iPhone-only, some Mac-only, some iPad-only, and a small fraction of the total user base being Mac plus iPad owners.

And as of late, ever since it removed the ability to sync apps from iTunes to the iPad over Lightning, syncing iPads over a cable is less of a priority for Apple, given the company's shift to iCloud backups and wireless syncing. Wired SideCar uses a different protocol than file transfers, but we're still surprised that Apple didn't do something about AMPDevicesAgent while it was in the neighborhood.

Either work on AMPDevicesAgent hasn't been a priority, which is why it still exists a year after releasing Thunderbolt-equipped iPad Pros, or Apple engineers simply missed it. Either situation isn't ideal since it shows a lack of concern for edge cases.

Apple hasn't made any official statement or acknowledged the bug in any way. We had hoped that contacting Apple Support and climbing up the chain to engineering specialists would provide some kind of positive result. Instead were met with standard scripted responses that resulted in asking us if we'd like to wipe our Mac to factory settings.

For now, users who want to connect their iPad Pro to an Apple Silicon Mac should stick to non-Thunderbolt USB-C cables and expect slow data speeds that aren't any better than early Lightning delivered.