AppleInsider
Posted: May 17, 2022 6:17PM
in macOS
Apple has updated Swift Playgrounds to version 4.1, with the latest release enabling users to build Mac apps using SwiftUI, as well as new content for both macOS and iPadOS versions. 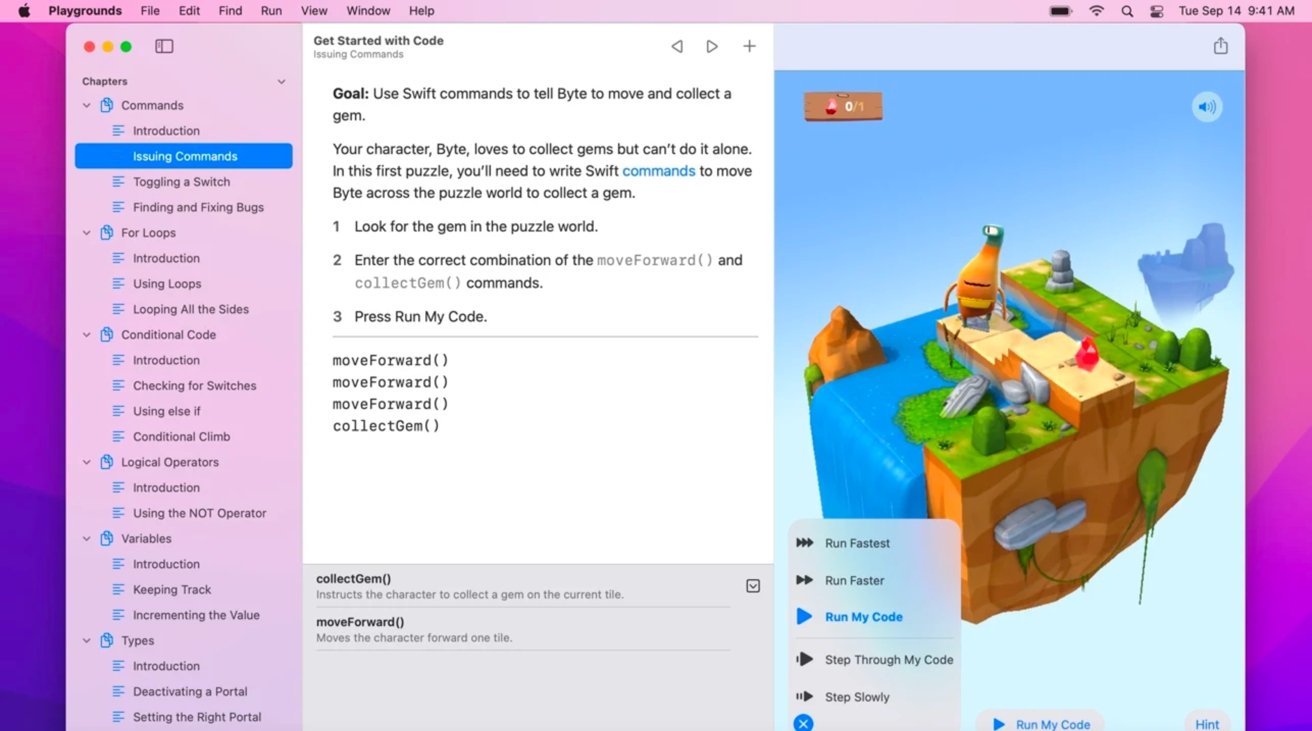 Both variants of Swift Playgrounds were updated on Tuesday, bringing the code-teaching app to version 4.1. Of the two, the macOS version has the lion's share of changes, with the more interesting additions to the app.

The release notes for the macOS version say the features list includes how to "Build Mac apps with SwiftUI," which requires macOS 12.4 or later to function. There are also guided walkthroughs for teaching SwiftUI app building basics, which can help towards that goal.

The App Projects feature helps users shift their Swift Playground projects to Xcode, or vice versa. Also, apps that are built with Swift Playgrounds can be run and installed to the Mac's Applications folder.

For the iPad edition of Swift Playgrounds, the changes include bug fixes and a trio of new content subjects.

Swift Playgrounds is a free download, and is compatible with iPads running iPadOS 14.7 or later, and Macs running macOS 11.5 or later.