AppleInsider
Posted: May 18, 2022 2:32PM
in General Discussion edited May 18
Amazon has debuted a new version of its entry-level Fire 7 tablet with a slightly higher price tag, a USB-C port, and longer battery life. 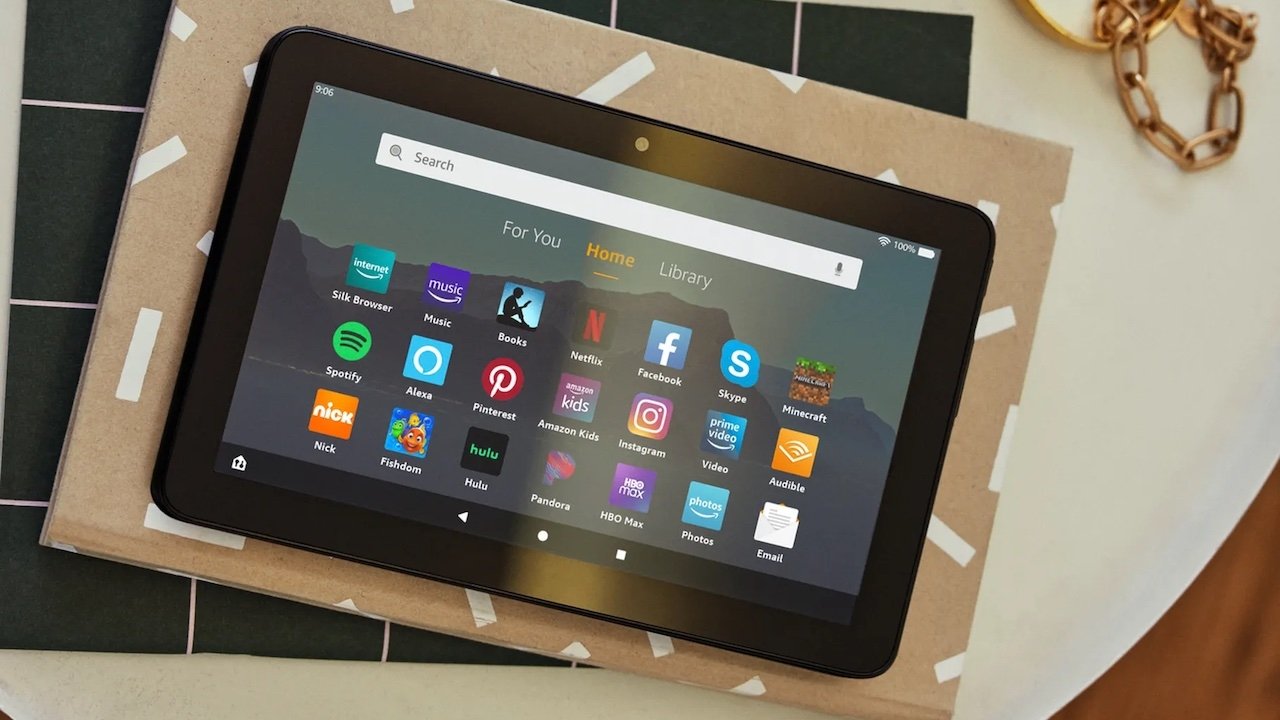 The latest Fire 7 model is the next generation of the company's budget-friendly tablet. Amazon says the new tablet is equipped with 2GB of RAM instead of 1GB and a quad-core processor that's 30% faster. It has 16GB of storage and a slot for an additional memory card.

Instead of the aging microUSB port on the previous generation, the new Fire 7 tablet has a USB-C port. Additionally, Amazon has given the device's battery a upgrade, claiming that it'll last about 10 hours on a charge -- 40% longer than the previous variant.

The new Fire 7 tablet runs $59.99, an increase from the previous generation's $49.99 price tag. Amazon did not clarify whether the new higher price is for the model with lock screen ads.

Along with the base Fire 7, Amazon also debuted a new version of its Fire 7 Kids model that comes with a "kid-proof" case and a year of Amazon Kids+ for $109.99.

Available in black, denim, and rose, preorders for the new Fire 7 tablet will start on Wednesday and will ship out to customers on June 29.