AppleInsider
Posted: May 20, 2022 2:44AM
in General Discussion
On Thursday, Pixelmator Pro rolled out version 2.4.3, improving and expanding upon syncing optimizations alongside coloring functionality tweaks. 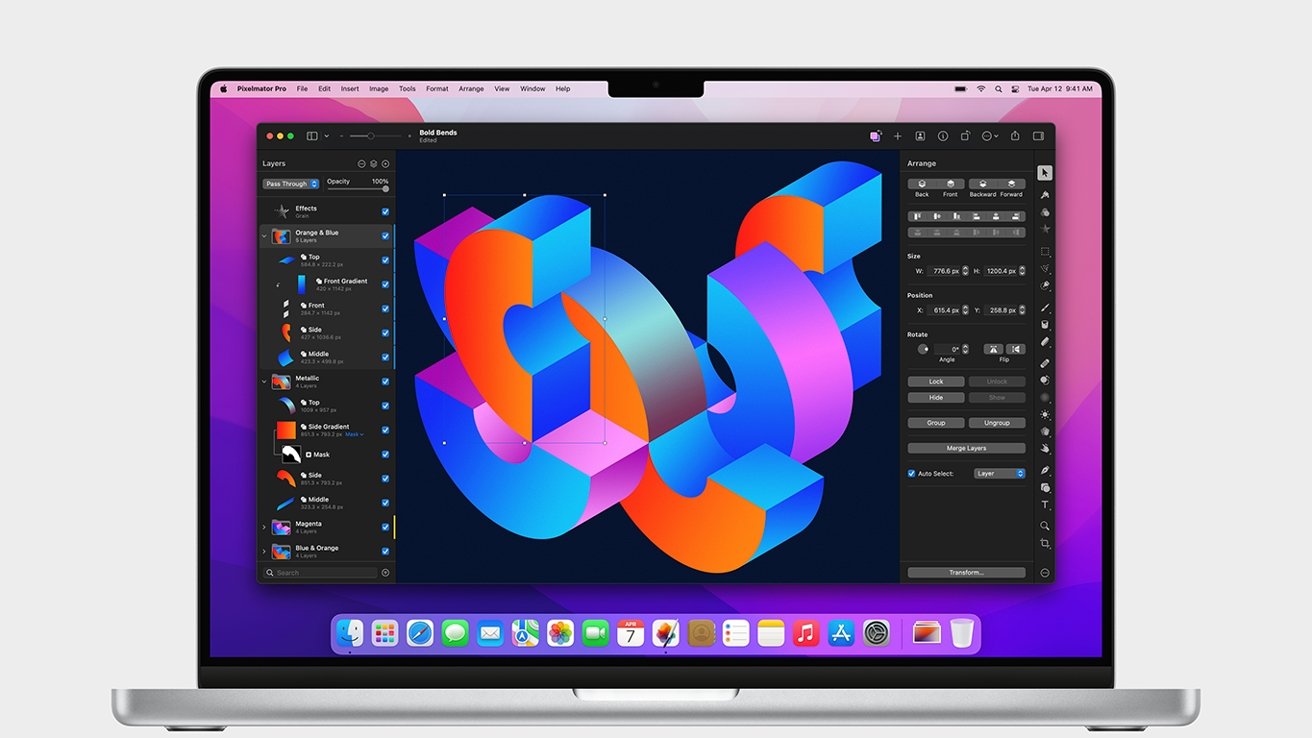 New collections for Recents, Favorites, Panoramas, Selfies, and Screenshots will appear beside user-defined albums in the Photos app. Other changes in the Mac's Photos app will automatically apply to the new Photos Browser.

In addition, photos opened from iCloud will now automatically download at full resolution.

Colors of shapes and the Color Fill effect can be changed and toggled directly from the Layers sidebar by double-clicking the thumbnail. In addition, color adjustments applied to a layer can now be easily converted into a color adjustment layer.

The new Pixelmator update is now available on the App Store. The update will be free for existing users, and new users can purchase it for $39.99.