AppleInsider
Posted: May 24, 2022 3:18PM
in Future Apple Hardware
You're using your iPhone and Mac, plus you're wearing your Apple Watch -- but Apple wants future devices to know which you're concentrating on right now and deliver notifications to that active one, instead of everything. 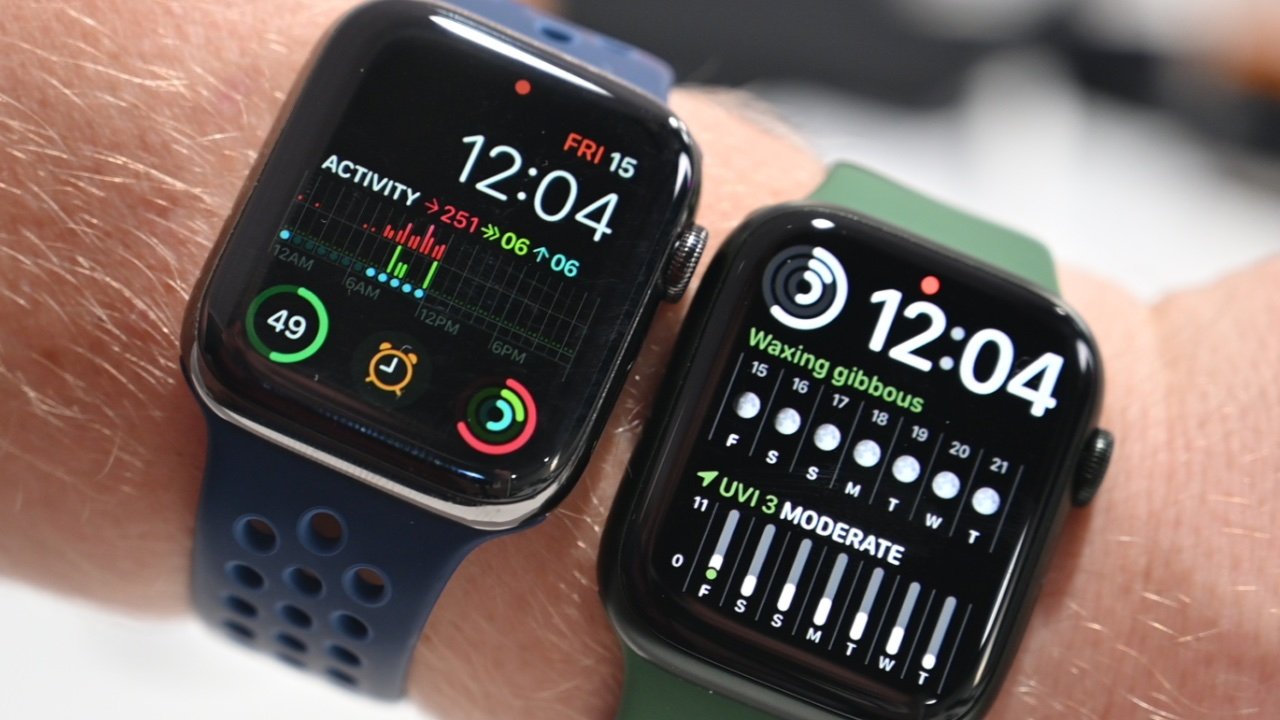 You've no reason to know this unless you're one of those people suffering under having too many Apple Watches to wear. But it used to be that switching between them as you try out different outfits entailed tapping a button on your iPhone, and now it doesn't.

Now, so long as you set it up in advance, you can have your Watches effectively know which one you're wearing now, which one is the active Watch from your collection. And Apple wants that to be equally possible with other devices, ranging from the iPhone, to "jewelry, shoes, or clothing."

It wants to so that, say, you can move between iPhone as easily as Apple Watches, perhaps when the battery's running down on one. Really, this could apply to any pair of devices, or even conceivably just any two devices.

Perhaps you're having a FaceTime call on your iPhone and you realise you'd rather use your iPad -- maybe you could just pick up the other device.

"Switching between watches or other accessories," is a newly-granted patent that is concerned with exactly this.

It's not about when you buy a new Apple Watch Series 7 or you sell off your old Apple shoes, it's about moving back and forth between devices.

With the Apple Watch, when you take one off, it breaks contact with your skin and that tells it to lock. Equally, when you put an Apple Watch on, you have to enter your passcode to unlock it.

So the first Watch knows it's not on your wrist any more, and the second Watch knows that it is.

To set this up, you have to go to the Watch app on your iPhone.

You only see that Auto Switch option if you have more than one Watch paired to your iPhone.

Applying the idea to other devices

Apple refers to Watches, shoes, and whatever, as "companion devices." The patent does the patent thing of trying to establish the broadest possible use case, so it includes obvious companion devices like phones and tablets, as well as less obvious, like glasses.

So this could be about when you have more than one iPad, for instance.

Whatever it is, Apple is concerned that you should be able to put one device down, pick up the other, and have the exact same data available immediately. So perhaps you bring two iPhones with you, one as your regular phone and one for filming. Apple wants you to be able to pick up either of them to do whatever you need.

In 13,000 words of patent, there is surprisingly little about how this might actually be achieved. What there is, tends to get repeated with subtly fine differences, but broadly, most options are about leveraging Bluetooth.

The idea can apply to any Apple devices, but it's illustrated with an Apple Watch

Note that despite Apple's patent being as broad as it is, its examples tend to be about Watches.

"While the [two devices are] within Bluetooth radio range," says Apple, "[they] can repeatedly transmit one or more wrist state values indicating an on-wrist confidence level of the watch."

Apple is doing here what it so often does. It's taking existing elements like Bluetooth and making them more useful. It's making use of them to expand its ecosystem, and use this holistic interconnectedness of all things, to make life a little easier.