AppleInsider
Posted: May 24, 2022 4:57PM
in General Discussion
Apple is expanding its Cork campus with another office building to accommodate 1,300 new employees at its European headquarters in Ireland. 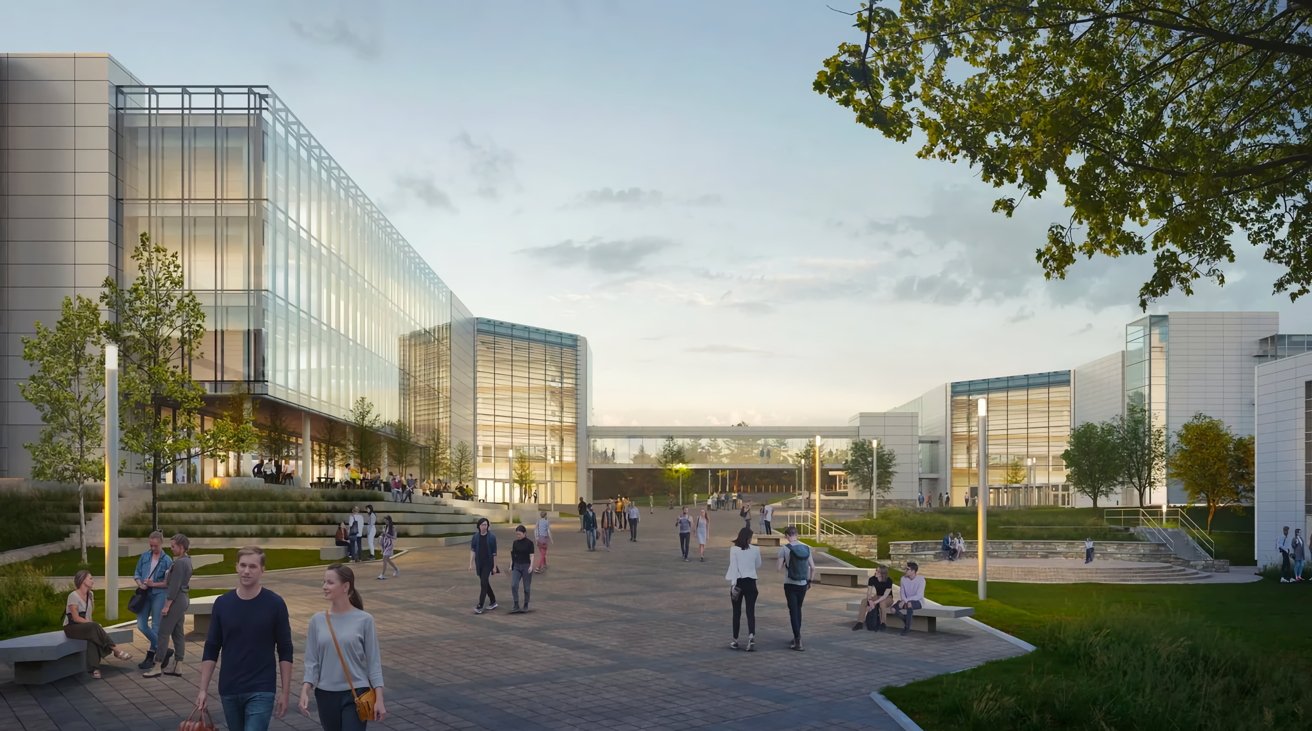 A render of the new office [via Apple/RTE]

Apple has been in Cork for over four decades, and has a sizable campus in the Irish city. Now, Apple wants to increase the building count by one more, with plans to build new offices on the site.

The plan, which has been lodged with the the Cork City Council for planning permission, will involve building a new four-story structure with a basement, which RTE reports could be completed by mid-2025.

The building will be run using 100% renewable energy, using solar panels on all of the new structures, including walkways between buildings. It will also include a Commute Hub with bike and scooter storage, as well as e-charging points.

"We've called Cork home for more than 40 years, and are thrilled to accelerate our investments here as we grow our team and expand our campus," said Apple VP of European Operations Cathy Kearney. "We are proud to be part of the community here, and with this new project, we will continue to create new jobs, support local organisations, and drive innovation on behalf of our customers."

With around 6,000 people employed by Apple in Cork, in its campus and throughout the city center, the new building will apparently be used by a mix of existing and new staff. Though it is unknown how many new people will be employed to work at Apple after its construction, the building will have a capacity of 1,300 staff.

Other city center operations are expected to remain open, rather than shutting and migrating to the new building on the campus.