AppleInsider
Posted: May 27, 2022 12:35PM
in General Discussion edited May 27
Following a previous protest over China coronavirus lockdown conditions, workers at the Quanta MacBook Pro plant in Shanghai have again rioted. 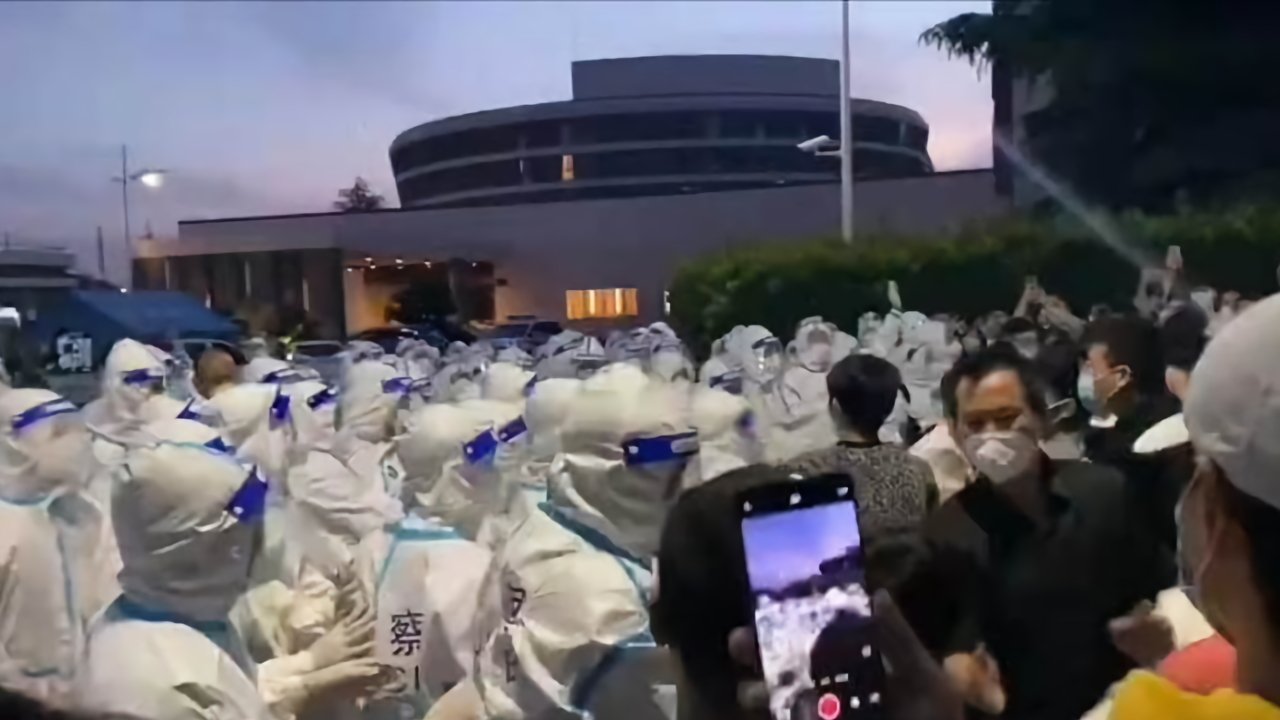 The first riot in early May was specifically a clash between workers and authorities enforcing a COVID lockdown. China had been implementing a series of zero-tolerance lockdowns to rid the area of the coronavirus infections.

According to China Times, Quanta workers rioted again on the night of May 21, and into the next morning. The report is not clear, though, what prompted this riot, or what the clash was specifically about.

However, images from the night show many people in COVID protective gear.

China Times says that rioters broke into the site's dormitories housing hundreds of Taiwanese cadres or specialist workers. The rioters are reported to have chanted slogans such as, in translation, "Down capitalism," and "roll back to Taiwan."

Reportedly, Quanta head office officials say they are not clear about the situation, and are investigating. Shanghai police attended the scene at the time, and subsequently two or three security officers have been on site.

China has been steadily concluding its lockdowns, which at one point were affecting over half of the 200 major Apple suppliers in the region. The lockdowns had begun in late March, and originally were expected to end by April 12, 2022.

However, while suppliers have been affected differently, some have been forced to halt production for two months.

Quanta chiefly makes laptop computers for many clients, notably including the MacBook Pro for Apple. In 2021, schematics stolen from Quanta revealed the return of the SD card slot to then then forthcoming 14-inch MacBook Pro, and 16-inch MacBook Pro.