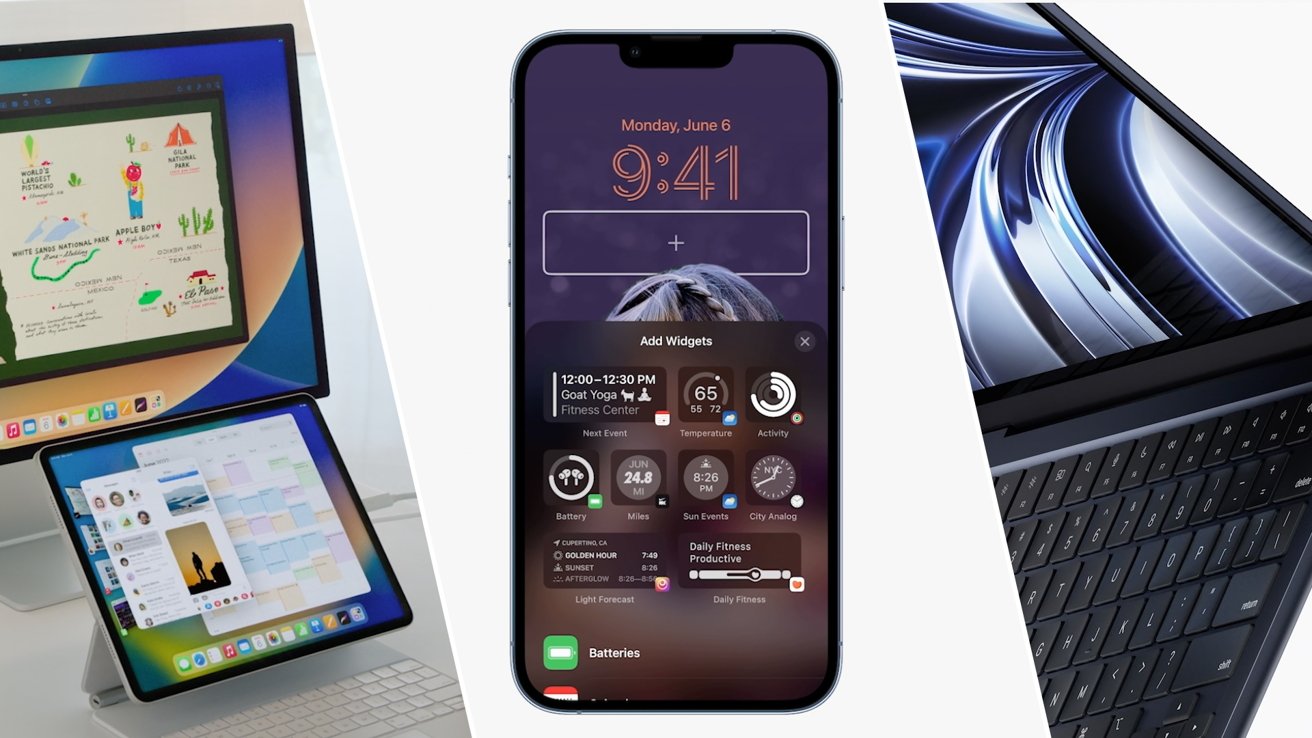 Apple kicked off its WWDC keynote with updates coming to iOS 16.

In the new operating system, users will be able to customize their iPhone Lock Screen with widgets, weather data, Activity rings, and more. New fonts and custom wallpapers per Lock Screen will also be available this Fall. Messages also received notable features, including undo send, editable iMessages, and the ability to mark message threads as unread.

Apple Maps will gain multi-stop routing, with users able to add up to 15 points of interest. In addition, routes can be built on the Mac and sent to iPhone for navigation. Apple Wallet continues to expand its features, including Apple Pay Later, allowing shoppers to pay for a new product in four interest-free payments. Apple also improved Family Sharing onboarding for child accounts and redesigned the Home app in iOS 16.

The company also announced the next generation of Apple Siliconwith the M2 chip. The M2 now supports up to 24GB Unified Memory, 6K displays, and improved performance over the M1. The first machine to use the M2 is the redesigned MacBook Air. With a similar design to the latest 14-inch MacBook Pro, the new MacBook Air uses MagSafe charging, features two Thunderbolt ports, and a Liquid Retina display with a notch. The MacBook Air starts at $1,199, with the previous M1 MacBook Air still for sale at $999.

In addition, macOS Ventura was announced with improved Mail features like undo and scheduled send. In addition, Apple announced Stage Manager, a new window management tool for macOS, and Passkey, which will allow users to create logins without a password. Passkey will be tied to a user's device using biometric authentication.

New Continuity features on macOS include FaceTime handoff across Apple devices and the ability to use iPhone as a webcam natively. When mounted to a monitor, the user's iPhone can simultaneously show the head of a user and a new top-down Desk View shot using the Ultrawide camera.

Support the show on Patreon or Apple Podcasts to get ad-free episodes every week, access to our private Discord channel, and early release of the show! We would also appreciate a 5-star rating and review in Apple Podcasts