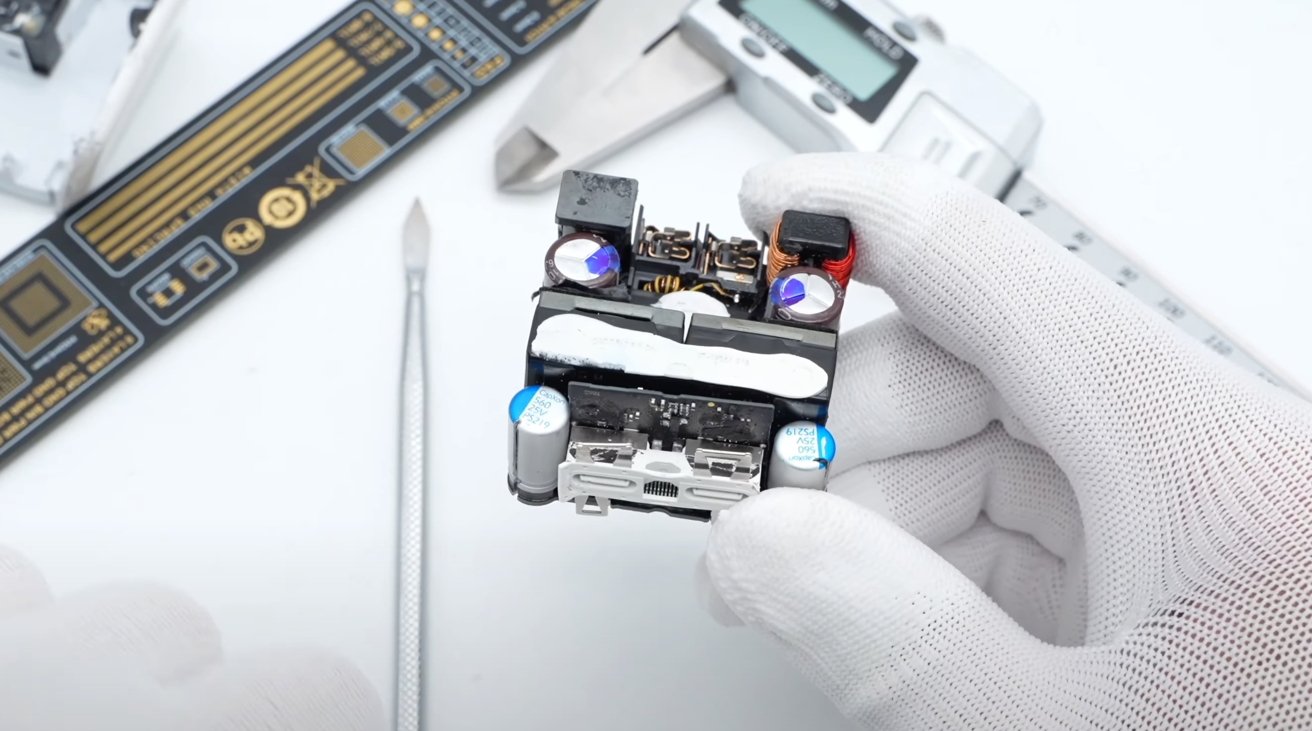 First introduced during WWDC 2022, the latest power adapter from Apple is a unique addition to the lineup due to its inclusion of two USB-C ports. A teardown of the device has revealed how Apple designed the adapter to enable two devices to recharge from the same small charger.

The adapter uses clips to attach the PCB module, as well as a custom section on the top to hold it into position, ChargerLab's reveals after cutting it in half. A thermal pad is also hidden away, helping to cool the adapter under load. 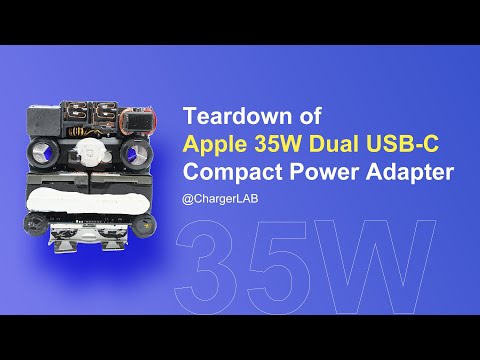 Inside, the adapter's components are largely symmetrical in their placement, complete with identical switching power supply circuits for each port. If one device is connected, both the circuits are connected in parallel to provide up to 35W, though power can be distributed unevenly depending on the devices connected to it.

The AC input socket uses a pair of metal plates in its design, allowing for the prongs attached to the adapter to be replaced quickly and easily during mass production. The plates are soldered directly to the PCB, and act as the connection to the prongs.

In its analysis, ChargerLab says the design of the dual port adapter is "completely different from the traditional Apple charger," both externally and internally.