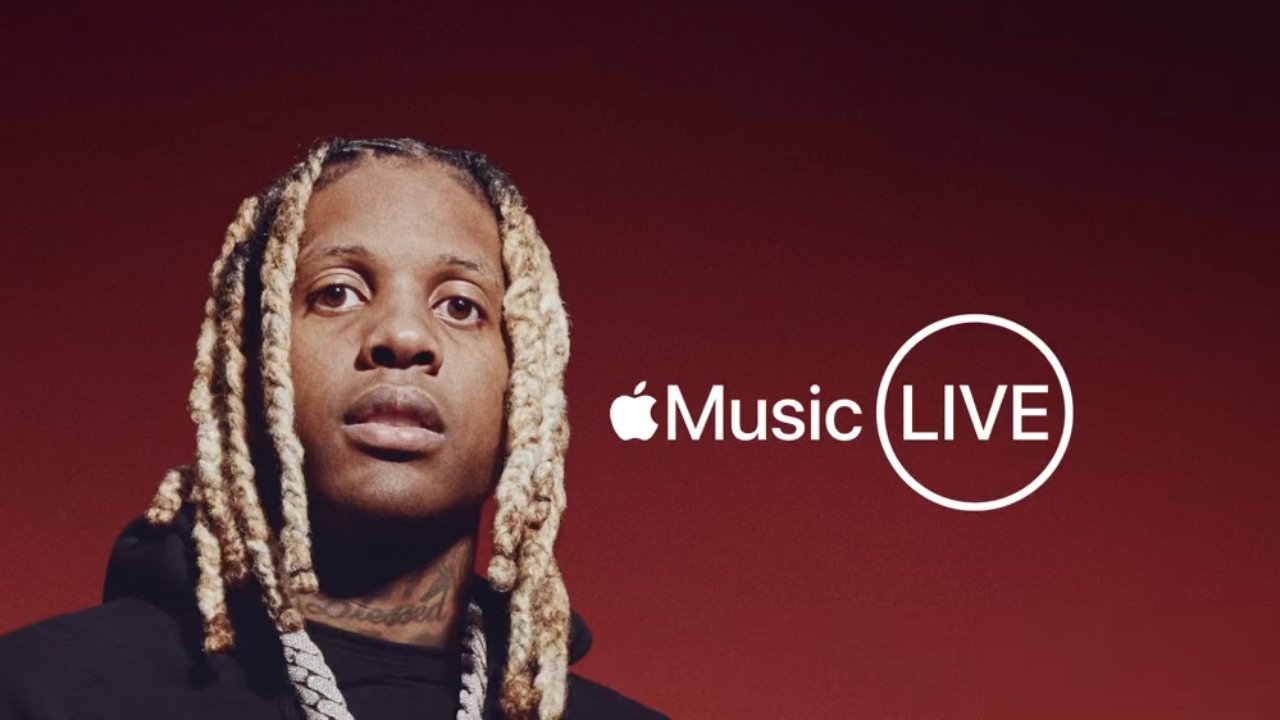 Lil Durk up next on Apple Music Live

Apple continues the tradition of promoting its music services by sponsoring concert series, now through the brand Apple Music Live. The next concert will feature rapper Lil Durk performing in Los Angeles.

Apple says that Lil Durk is one of 2022's most talked about artists. He will perform music from his latest album, "7220," and crowd favorites.

This is the second concert in Apple's revived Apple Music Live series. The first featured Harry Styles on May 20, and the recorded concert is available to replay.

Apple has a long history with live music events from iTunes Festival to the now discontinued Apple Music Festival. The company briefly introduced "Apple Music Live" in 2019 as a concert series in the UK, but it didn't return, likely because of the pandemic.

Apple Music subscribers can tune into the live streamed concert on June 29 at 7 p.m. PDT. Check out the dedicated Apple Music page for more details about the musician.