AppleInsider
Posted: August 3, 2022 4:00PM
in General Discussion edited August 4
An updated version of Wemo's dimmer switch is now available to order that bakes in support for Thread connectivity, as well as HomeKit. 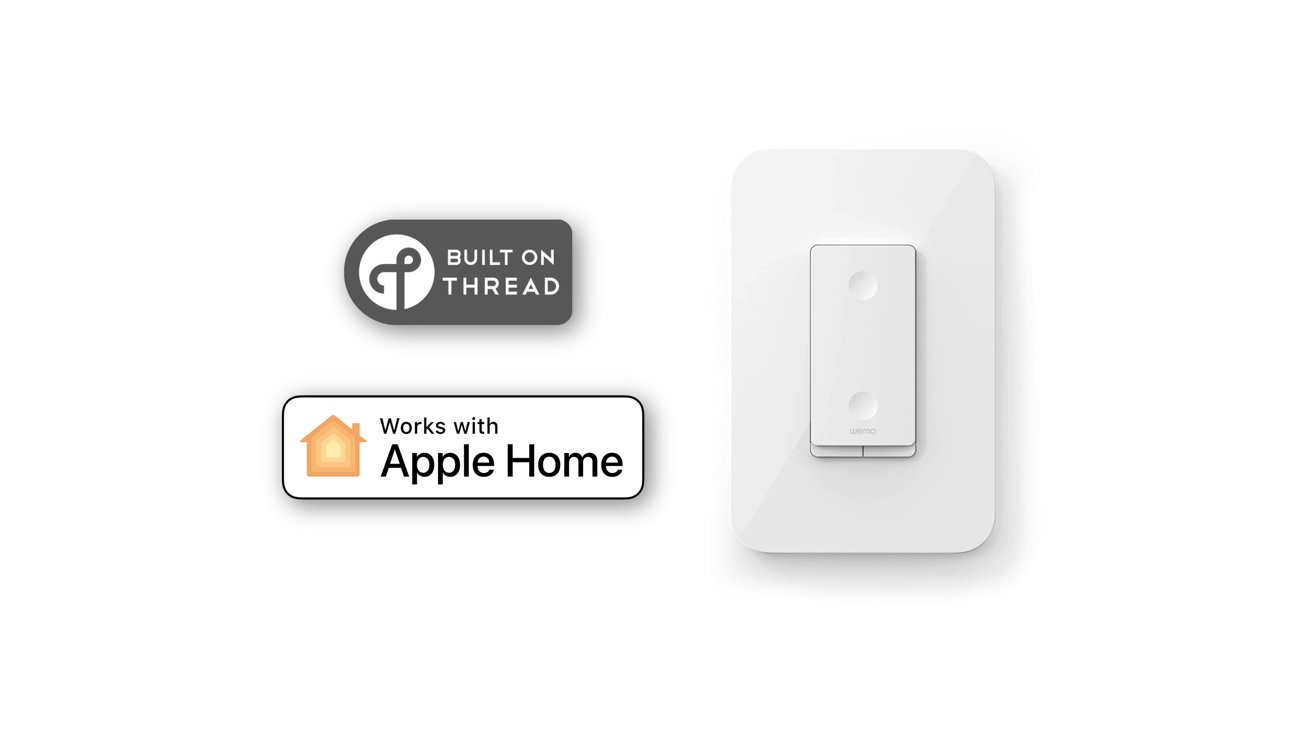 Announced earlier this year at CES 2022, Belkin-owned Wemo is out with its latest device that has been refreshed with Thread support. The dimmer switch follows the firmware update to the Stage Scene Controller and the Wemo smart plug.

The new switch works with or without a neutral wire, communicates over Thread when you have a Home Hub and otherwise Bluetooth, and has easy setup via NFC. Like the rest of the Wemo line, the new Smart Dimmer works exclusively with Apple HomeKit.

You can pick up the Wemo Smart Dimmer V2 with Thread on Amazon for $59.95.