AppleInsider
Posted: August 5, 2022 10:04AM
in iPod + iTunes + AppleTV
As animated comedy "Luck" starts streaming on Apple TV+, the film is being promoted with characters tumbling down around the regular iPads, iPhones and Macs. 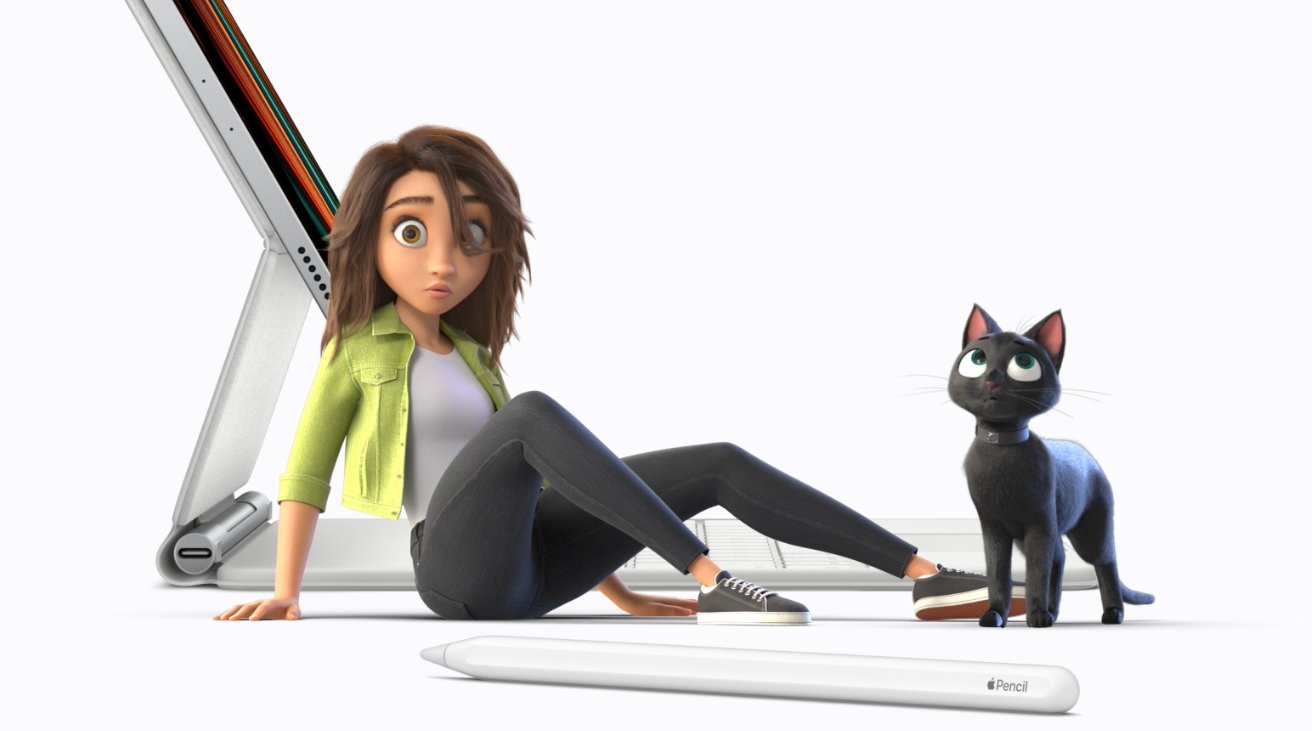 Apple annually changes its homepage to celebrate Dr. Martin Luther King, Jr, in January. Other than that, though, it's rare for the company to change from its usual presenting of Apple devices to buy.

"Ted Lasso" got the honor for its second season premiere on Apple TV+, and Apple Arcade has had the same treatment.

Now the new animated comedy "Luck" appears at first to get the top banner area of the site -- and then is revealed to have taken over everything. The top banner shows Bob, the cat, opening a portal to the Land of Luck.

Bob then jumps into the portal -- and comes out down below, along with Sam Greenfield (Eva Noblezada), crashing in to Apple's regular iPad Pro section. Further down the page, other characters are trapped in a MacBook Pro, or are standing on each other's shoulders trying to reach a different section of the page.