AppleInsider
Posted: August 9, 2022 9:58AM
in General Discussion
Following the withdrawal of a premature announcement by Malaysia's AmBank, Apple has now officially launched Apple Pay in the country. 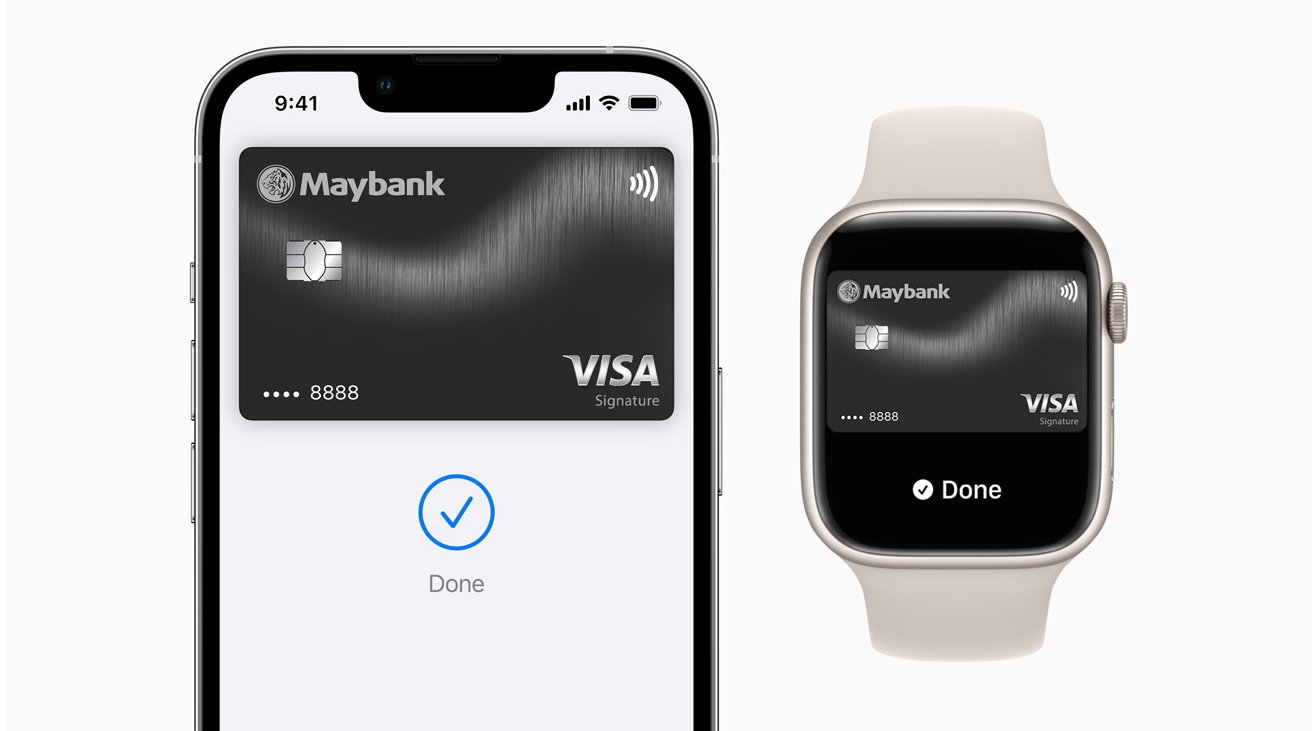 Only AmBank published details of its Apple Pay support early, but Apple has now confirmed that a total of three banks are supporting the service. Alongside AmBank, there is Maybank, and Standard Chartered Bank.

"We are delighted to bring Apple Pay to Malaysia, providing an easier, safer, and more secure way to pay with iPhone, Apple Watch, iPad, and Mac," Jennifer Bailey, Apple's vice president of Apple Pay and Apple Wallet said in a local announcement. "We think users will love the convenience and security of using Apple Pay."

"Our customers in Malaysia will benefit from using Apple Pay," continued Bailey, "with the support of the most popular banks, merchants, and our customers' favourite apps."

At launch, Apple Pay is supported in Malaysia by these three banks, plus merchants including McDonald's, and websites such as retailer Shopee. Apple says that American Express cards will be supported "later this year."

It's nine years since Apple Pay was launched in the States, and it continues to roll out to new countries. Separately, Malaysia only had to wait one year, to 2021, to get the Apple One bundle.