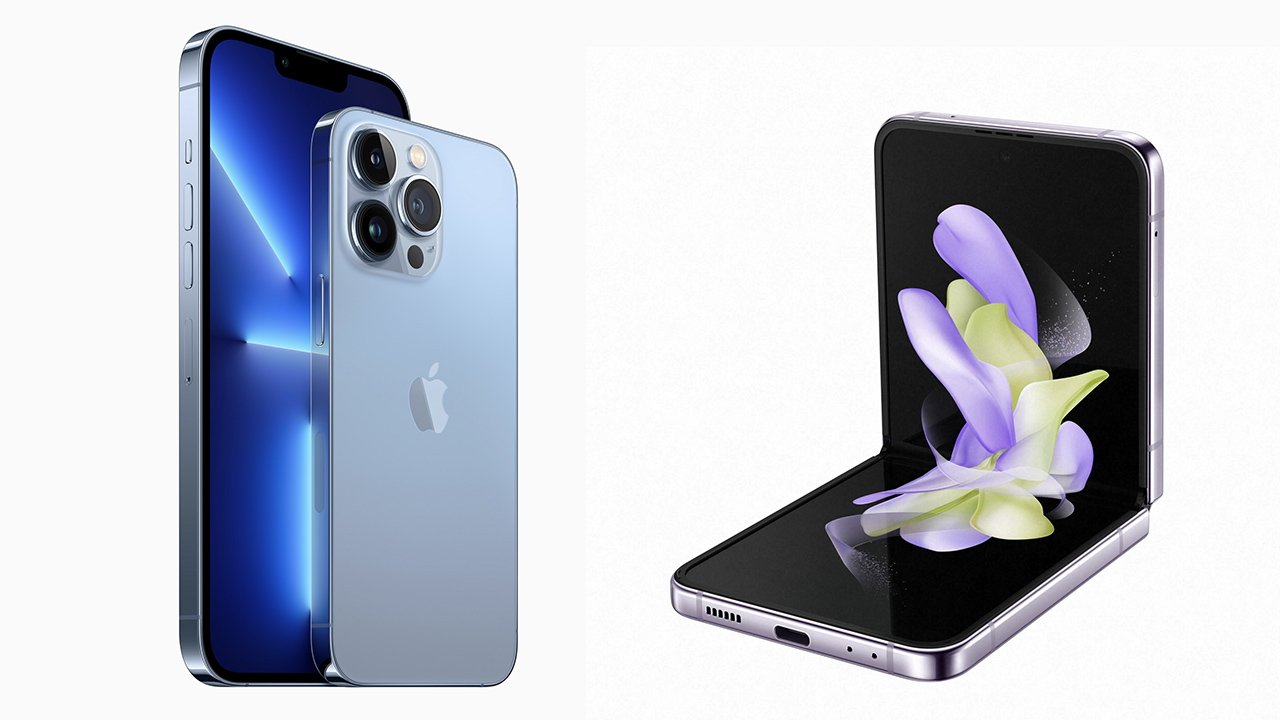 As with past devices in the Galaxy Z Flip lineup, the latest iteration is a compact and fashion-forward smartphone that can fold in half similar to a flip phone. It's a nostalgic feature that brings some additional functionality, but the jury is still out on whether it's a sign of the future or a gimmick.

More than that, the Galaxy Z Flip 4 isn't an overhaul of the company's folding devices. This generation is an incremental update with only a handful of new features and upgrades compared to the previous generation.

Samsung's offering here sports a primary 6.7-inch display with a 120Hz variable refresh rate. Technically, it's a Dynamic AMOLED screen with a 2640 x 1080 resolution and pixel density of 426 pixels-per-inch (ppi). 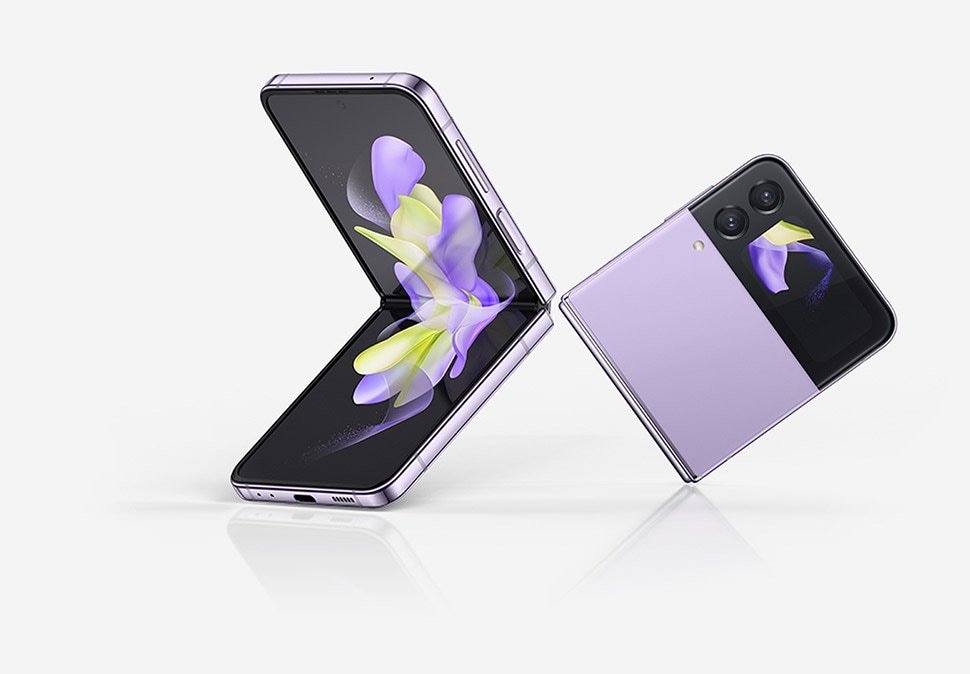 The most obvious difference here is that the Galaxy can fold in half.

Of course, the display also folds in half to make the device more portable. The "cover screen," which is usable when the device is folded, is a smaller 1.9-inch display that allows easy access to widgets, text quick replies, selfie previews, and Samsung Wallet.

Samsung's Galaxy Z Flip 4 packs a next-generation Qualcomm Snapdragon 8 Plus Gen 1 chipset, which represents the top-of-the-line for Android chips. It's an eight-core processor built on a 4nm process.

All three of the iPhones on this list have an older A15 Bionic processor that's a hexa-core chip. Although it's older and doesn't have as many cores, Apple's chipsets routinely outperform Android chips -- even if the Android's RAM and other performance metrics look better on paper.

Although benchmark tests aren't always a reliable indicator of real-world performance, they're still a good metric to look for in a compare.

The Samsung Galaxy Z Flip 4 packs a 3,700 mAh battery capacity, which is a bump up from the prior model's 3,300 mAh. Unlike Apple, Samsung doesn't rate its batteries based on how long they'll last.

According to prior testing with the Samsung Galaxy Z Flip 3, it's clear that even the 3,300 mAh is enough to get through a normal day of usage. The same goes for the iPhones.

When it comes to cameras, the Samsung Galaxy Z Flip 4 and the iPhones are walking out-of-step. While the foldable Samsung device has a solid camera setup, it's not necessarily able to go toe-to-toe with Apple's Pro smartphones.

The Samsung Galaxy Z Flip 4 still packs a dual-lens camera setup with a 12-megapixel ultra wide camera and a 12-megapixel wide-angle camera. It's the same setup as before, though Samsung has upgraded the sensors and pixel size in the new models. 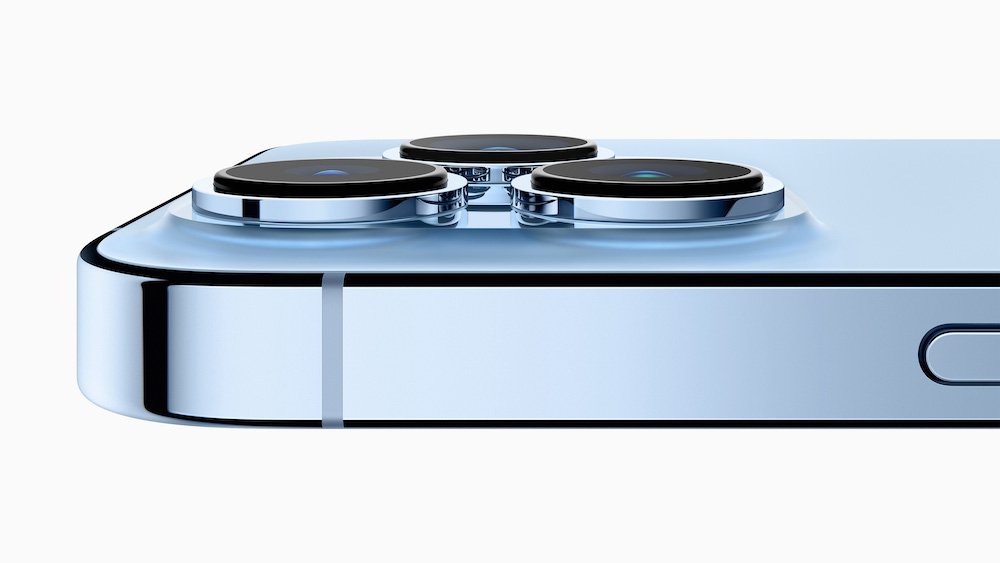 The iPhone 13 Pro's cameras are some of the best in the business.

One of the biggest complaints about the Galaxy Z Flip 3 was the fact that its cameras were subpar for the price range. When compared to the best Apple has to offer, things get shakier.

In other words, it isn't much of a fair comparison here.

A tough comparison -- but a worthy one

The Samsung Galaxy Z Flip 4 does something no iPhone can do: it can fold in half. However, at this point, that one standout feature is still little more than a gimmick.

Although the Galaxy Z Flip 4 can fold into a more compact form factor, folding it actually doubles the thickness of the device. While having a flip-phone aesthetic is undoubtedly nostalgic, it just doesn't provide much actual value to the user. You can access handy features from the cover screen, but it doesn't do anything that you wouldn't be able to on a "normal smartphone."

At this point in time, the Galaxy Z Flip 4 still feels more like an experiment than an actual usable device. Comparing it to one of the best-selling smartphones on the market -- the iPhone 13 -- just feels distinctly unfair.

Unless you're desperate for nostalgia or you want to be a trend-setting early adopter, your money is much better spent on an iPhone 13 Pro than the Samsung Galaxy Z Flip 4.

At press time, Samsung is offering numerous incentives on the Galaxy Flip 4, including free Samsung credit and accessories. You can also order the Flip 4 on Amazon.

Wireless carriers are offering deals on the iPhone 13 and 13 Pro, with trade-in offers knocking up to $800 off the popular phones. You can check out our roundup of the best iPhone deals, or head over to AT&T and Verizon directly to shop the specials.