AppleInsider
Posted: August 15, 2022 2:18PM
in iPhone edited August 15
Pittsburgh Pirates' Rodolfo Castro's iPhone made a surprise appearance during a slide into third, firing up accusations of cheating -- but if they are, it isn't making a difference in the standings. 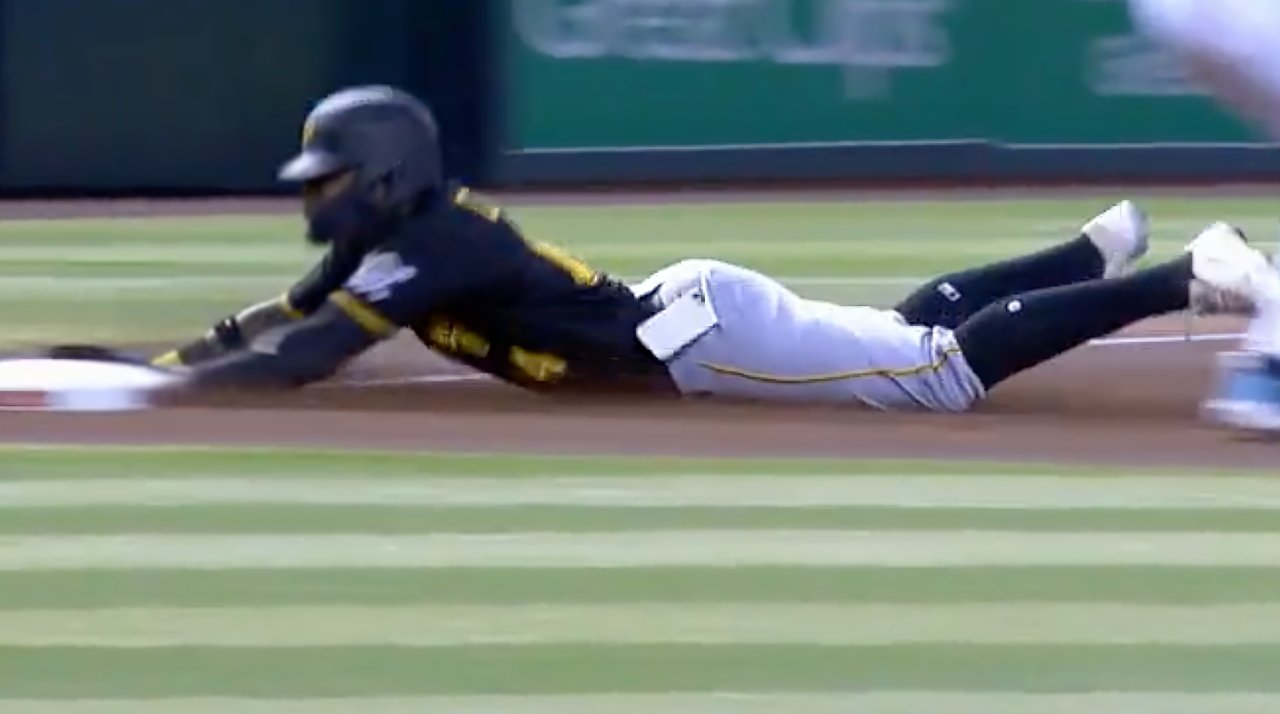 Castro was sliding onto third base during the Pirates' game against the Arizona Diamondbacks on August 9, 2022 when the crowd and some of his teammates spotted his iPhone go flying.

That's a thousand dollars worth of high technology in his pocket, and it didn't help his game at all. That would be because the Pirates don't need better technology, they need better players -- the Pirates are in last place in the National League Central with 45 wins and 70 losses to date.

Consequently, the moment the iPhone went flying may be the most-watched clip of the Pirates in years.

This is a first... Rodolfo Castro's phone fell out of his pocket in the middle of the game pic.twitter.com/qaPd34qroF

According to The Guardian, Castro later told reporters, via an interpreter, that it was all a terrible mistake.

"I don't think there's any professional ballplayer that would ever go out there with any intentions of taking a cellphone," the publication reports Castro saying. "It's horrible it happened to me. Obviously, it was very unintentional."

The opposing team, the Arizona Diamondbacks, were presumably fine about it all because they won 6-4. But the Diamondbacks will also have had a flashback to its own issues with technology and the MLB.

Then there is also how the MLB has approved the use of iPads, but won't approve cellphones.