AppleInsider
Posted: August 19, 2022 6:56PM
in General Discussion
A rare Apple-1 prototype said to be personally owned by Steve Jobs has sold at auction for big money, according to auction house RR Auction. 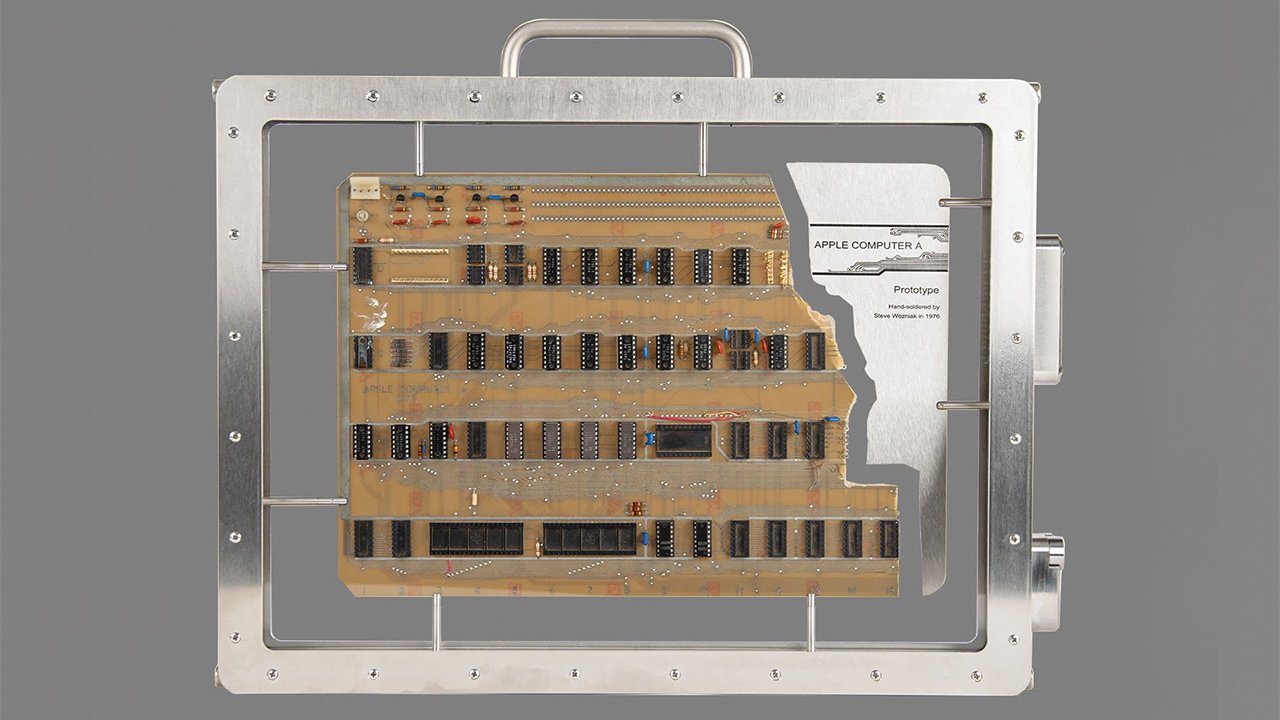 According to Boston-based RR Auction, the prototype Apple-1 sold for $677,196. Other Apple memorabilia was also sold during the auction, including a first-generation iPhone that was sealed in its box and a tax-exemption card signed by Steve Jobs.

The Apple-1 computer in question is said to be the one owned personally by Jobs and presented to The Byte Shop owner Paul Terrell.

However, earlier in August, the provenance of the prototype Apple machine came into question. A report from Mercury News cited a few key witnesses -- including Apple co-founder Steve Wozniak -- and cast doubt on the actual history of the Apple-1.

In a statement, RR Auction pushed back against those claims, stating that the board sold at auction Wednesday was matched to Polaroid pictures taken by Terrell in 1976.

"In conversations with Paul Terrell, after reviewing the images, we both agreed that he photographed this Apple-1 prototype while it was fully operational in the Byte Shop in 1976," said Bobby Livingston, executive vice president at RR Auction.

In an email to RR Auction, Achim Baque, who maintains the Apple-1 registry, also backed up the idea that the board was the one presented to Terrell by Jobs.

"I have no doubts it is the prototype presented to Paul Terrell. I have very detailed copies of the Polaroids and every little detail is the same. The 20+ resistors are all in the same position, angle and direction," Baque said.

The winning bid came from a collector in the San Francisco Bay Area who chose to remain anonymous, RR Auction said.