AppleInsider
Posted: September 9, 2022 6:19PM
in iCloud
Apple announced iCloud Shared Photo Library as part of iOS 16, but it appears that the feature won't arrive in the iOS 16 release on September 12. 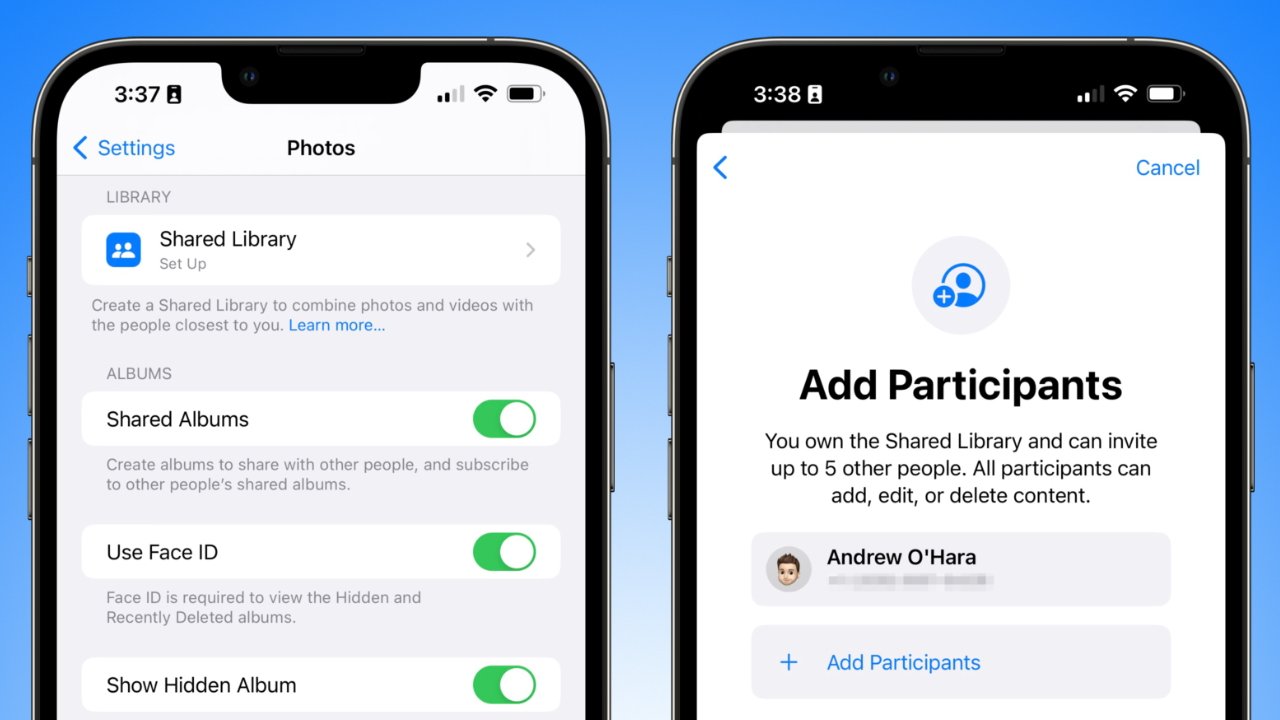 Create a Shared Library and choose who to share it with

Apple's iCloud Shared Photo library is a way to share photos and videos with up to five contacts so everyone can collaborate. But, it now appears that it's not going to see release in September.

Apple's webpage now lists the feature as "Coming later this year." Furthermore, it has also removed it from the latest iOS 16 betas.

When a Shared Photo Library is set up or joined, users can add past photos based on a start date or the people in the photos. Photos can be shared directly from Camera, or automatically when shared library members are nearby.

The system will make suggestions for additions to the shared library in the For You section in Photos.

The option was found in Settings > Photos > Shared Library Set Up. It's absent from iOS 16 developer beta nine that Apple released on September 7.

The feature is different from Shared Albums in iCloud, the toggle for which is still available in Settings. Shared Albums works with or without iCloud Photos.

With iOS 16 Shared Photo Library, everyone has equal permissions for adding, editing, and deleting photos in the shared library. Favorites, captions, and keywords sync too.

The feature may arrive in time for iPadOS 16, though. The company won't release iPadOS 16 at the same time as iOS 16 on September 12. Instead, it will likely be held until new iPads are released later this fall.