AppleInsider
Posted: September 25, 2022 2:39PM
in iOS edited September 25
Apple Pay Later may not arrive until 2023, a report claims, with technical problems getting in the way of Apple formally launching the installment payment service. 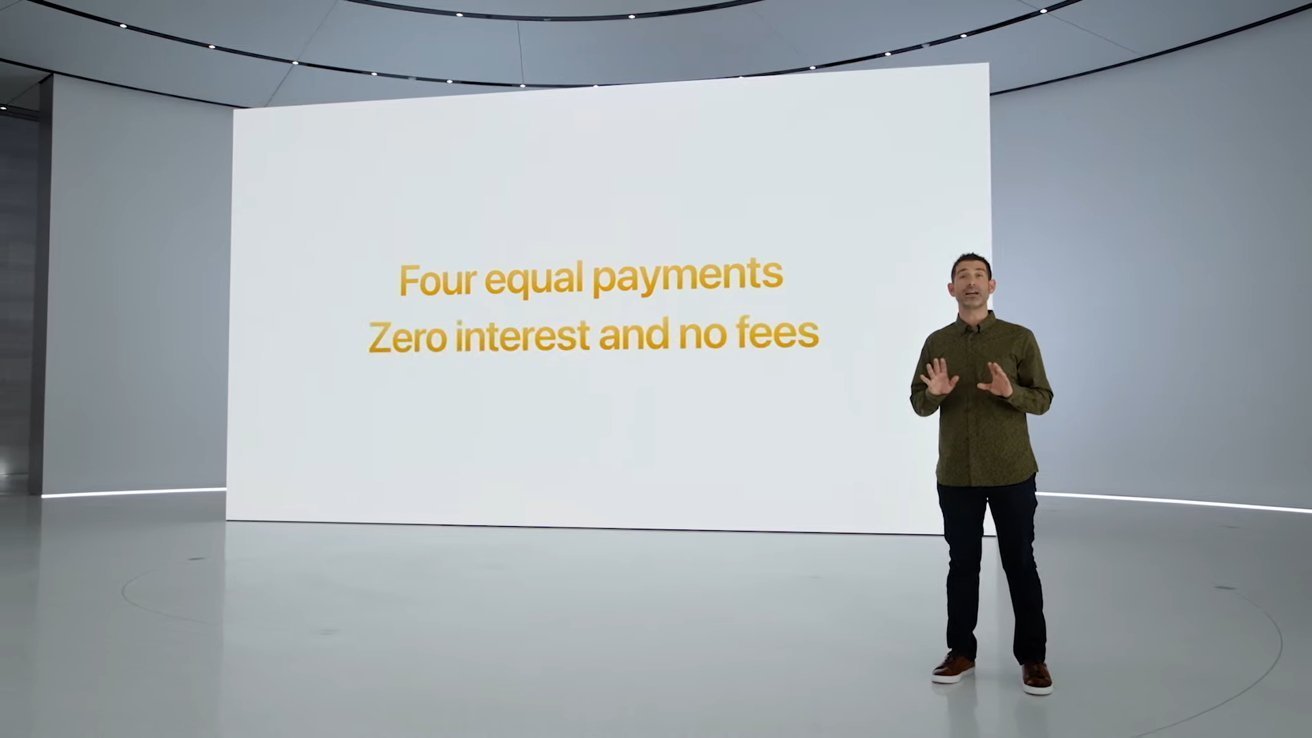 Apple announced Apple Pay Later as part of WWDC 2022, with it being a feature of its existing Apple Pay payments platform. While the service stands to be beneficial to consumers, it may not go live before the end of 2022.

In his "Power On" newsletter for Bloomberg, Mark Gurman reports Apple added a message to the small disclaimer text at the bottom of the iOS 16 page about the feature. According to the text, Apple Pay Later is "coming in a future update for qualifying applicants in the United States for purchases online and in apps on iPhone and iPad. May not be available in all states."

Gurman highlights that Apple is careful about the wording, with Apple Pay Later the only one among half a dozen features listed as coming later that doesn't have a timeframe. All of the other delayed features are listed as coming "later this year."

This careful language leads Gurman to think Apple doesn't know when Apple Pay Later will be prepared for launch to the public. After hearing of "fairly significant technical and engineering challenges in rolling out the service," Gurman reckons it may not launch properly until iOS 16.4 in the spring of 2023.

Once it eventually launches, Apple Pay Later will split the cost of a transaction over four payments, over six weeks. The service, financed by Apple itself, will also be provided without fees or commissions.