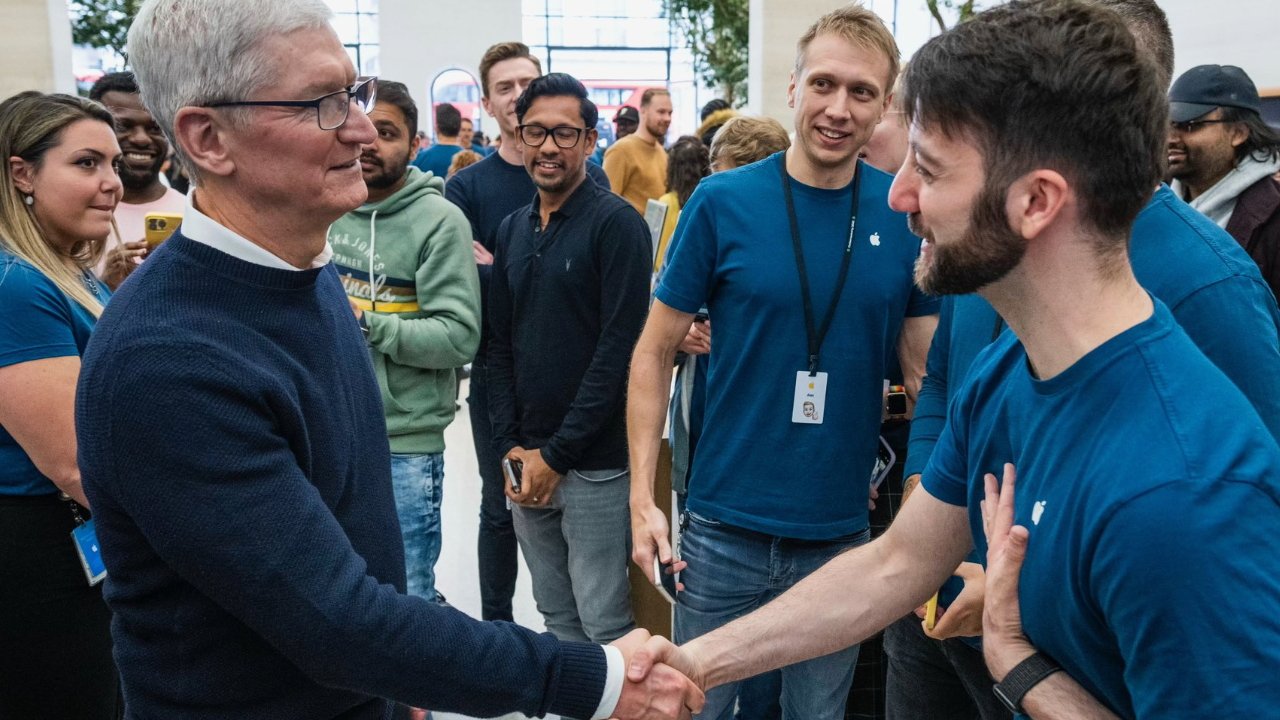 Cook is making his first full-scale public tour outside of the US since the coronavirus pandemic. He was first in the UK where he launched the new App Store Foundations Program for women.

"It's good to be back in London!" he tweeted. "I really enjoyed spending time with customers and with our incredible team at Apple Covent Garden this afternoon. Thanks to everyone for the warm welcome!"

The program so far has included countries across Europe and, unlike his 2019 tour, has also featured a fictional location. Together with Apple's Eddy Cue and stars of "Ted Lasso," Cook cheered on the fictitious football team.

From Covent Garden, Cook visited London's Southbank Center, which is partnering with Apple over increasing representation in the arts. "This is a wonderful program designed to unlock people's full creative potential, and we're thrilled to be a part of it," continued Cook.

The South Bank is also where Apple's delayed new UK office is to open in the historic old Battersea Power Station building.

"Great to meet with our class of all-female founders at our first Foundations program in the UK," he tweeted. "These developers are on their way to making and achieving extraordinary things."

From there he attended a performance at Apple's Platoon Studios. Platoon recently launched an app exclusively for the musicians on its books, but otherwise has a low public profile.

Cook is now in Germany, where he said he is "so happy to be back to Oktoberfest."

Visited our latest state-of-the-art labs in Munich this morning. This chamber is where our incredible engineers conduct some of the cellular testing done to ensure we're optimizing for performance and connectivity. pic.twitter.com/JKRTMa23NA

Tim Cook will presumably be visiting more European countries, but Apple has not announced his itinerary. It is not known whether he will also be speaking with EU officials over its antitrust concerns.