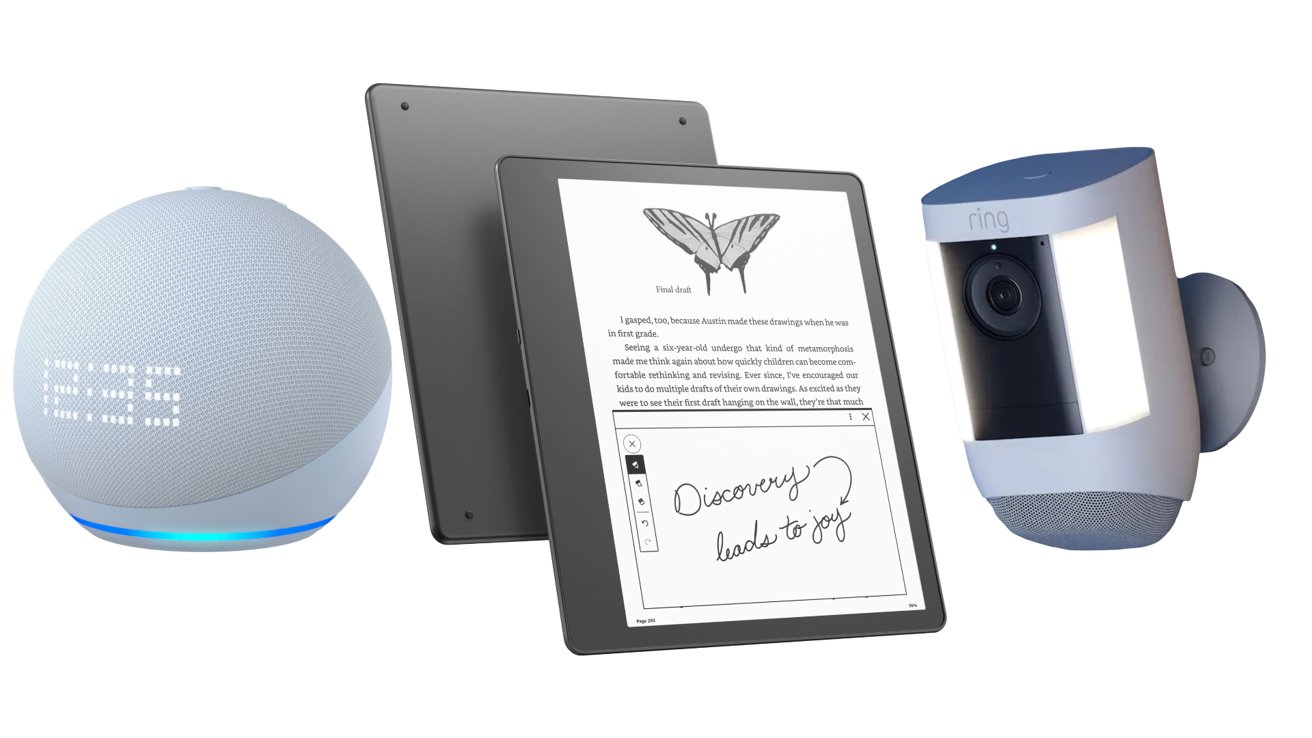 New product updates include a fifth-generation Echo Dot with a clock and a Kindle with a stylus. Kindle's offerings compete with Apple's iPad and HomePod mini, but with budget-focused designs and hardware.

The Amazon Kindle Scribe is the first-ever Kindle with a stylus. It has a 10.2-inch Paperwhite display with 300 pixels per inch resolution. The premium stylus is included with the purchase. 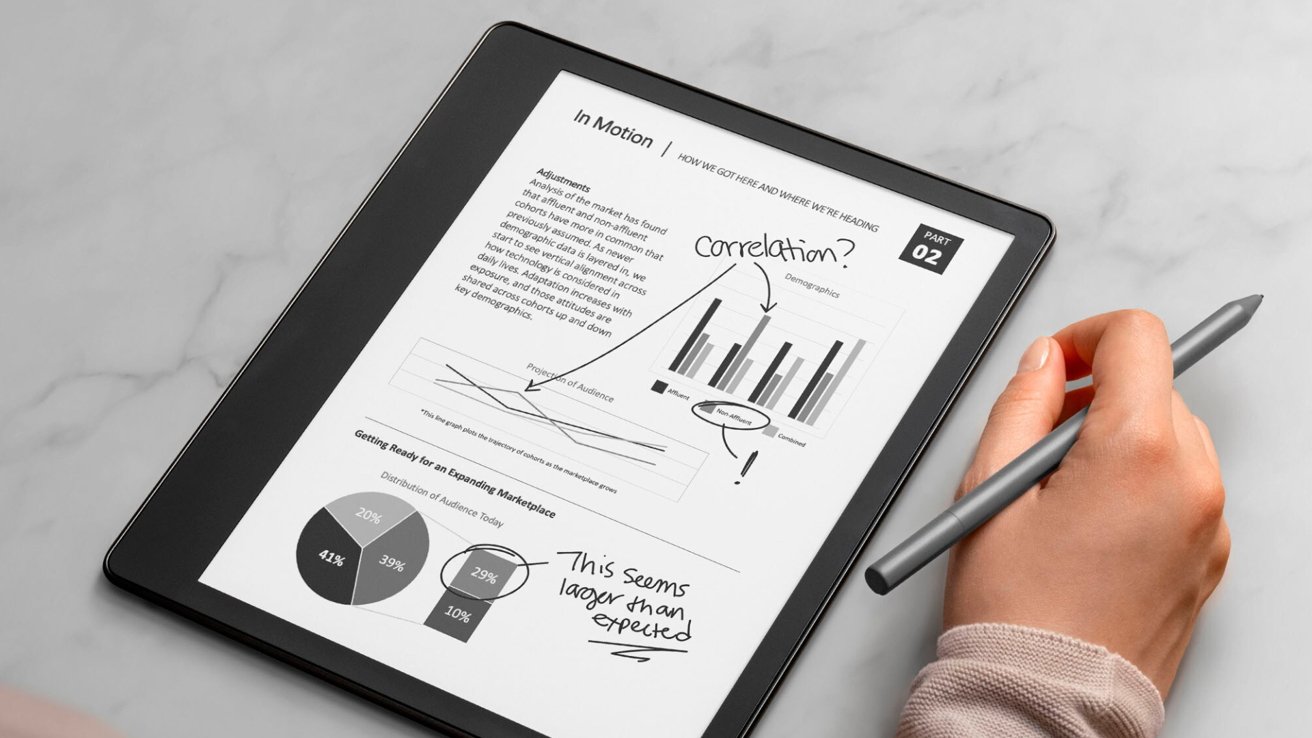 Use a stylus with a Kindle for the first time

The pen has a dedicated eraser and a shortcut button. It attaches to the side of the Kindle magnetically when not in use.

Amazon says that the Kindle Scribe will get support for apps including the Microsoft Office suite in 2023. Users will be able to mark up Word documents, for example.

Amazon announced the Halo Rise, a smart bedside sleep tracker, wake-up light, and alarm clock. It doesn't have any cameras or microphones, but it tracks sleep patterns using built-in sensors. 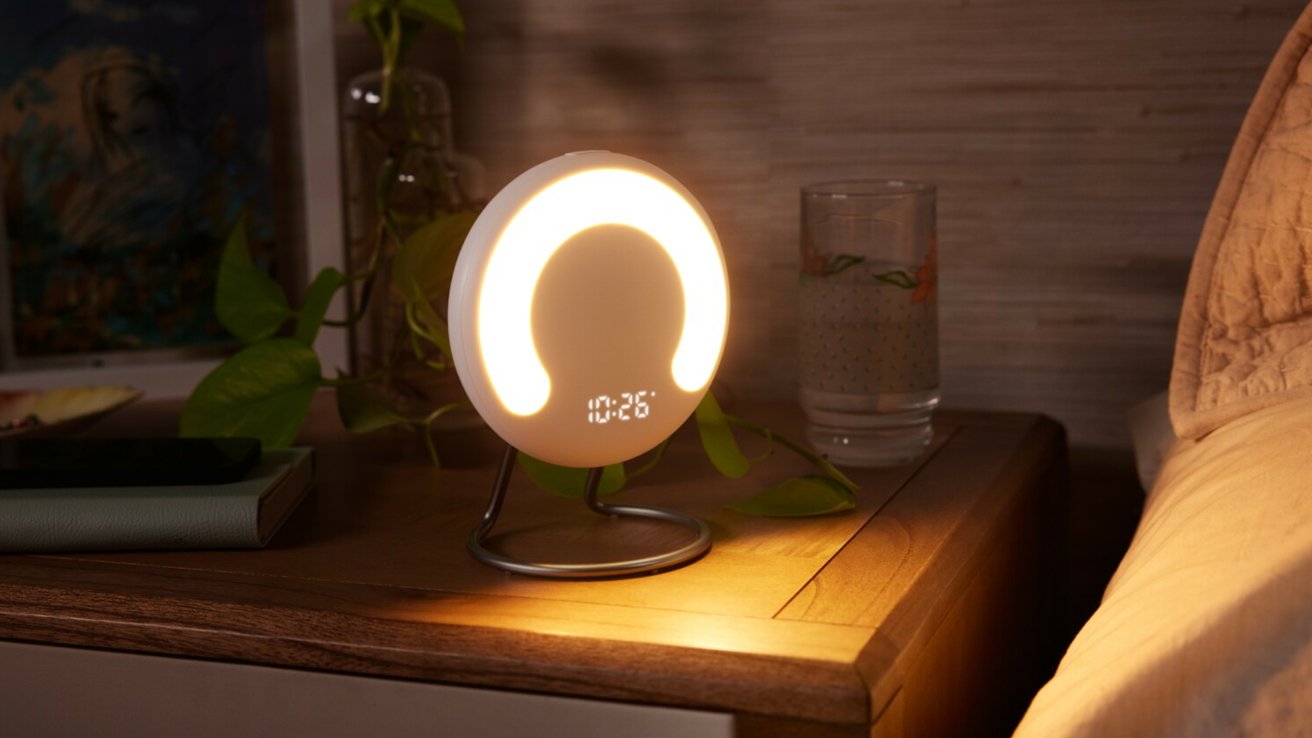 Data from the Halo Rise is Alexa compatible so users can call up their sleep report on Alexa displays. The Halo Rise requires a subscription, but comes with six months bundled.

The new Amazon Echo Dot comes in black, beige, and dark blue. It has improved sound for clearer vocals and rich sound. Amazon says it has up to twice the bass. 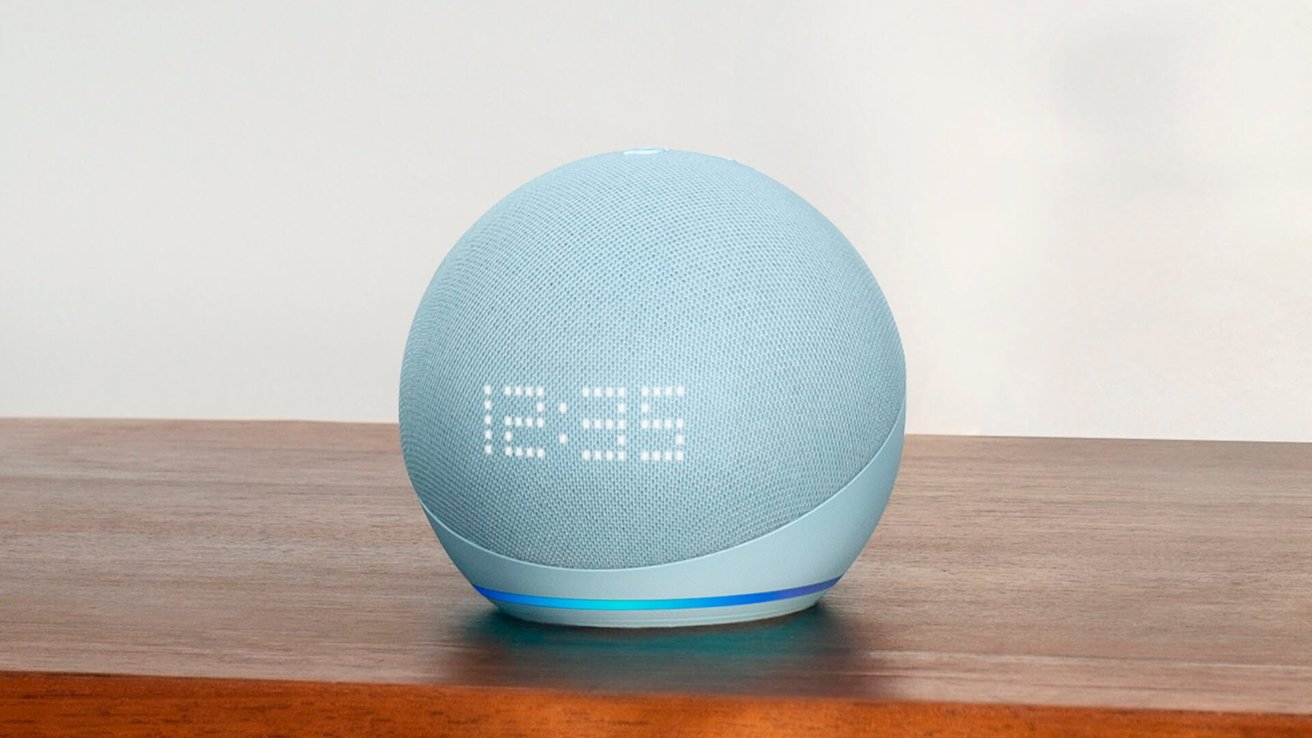 The new Echo Dot has an optional clock

There is a variant with a clock built into the speaker's face. It shows through the mesh using white LEDs.

Echo Dots also act as Eero WiFi extenders. Each speaker can add up to 1,000 square feet of coverage to a network.

The kids' edition Echo Dot also gets the 5th-generation update. New skins include an owl and a dragon.

Amazon also announced a new Echo Studio with better bass and mid-range clarity. It comes in glacier white and costs $199.99, with orders shipping in October.

Amazon announced an updated Echo Auto with more intelligence surrounding media playback and handoff. For example, music started in the home can pick up where it left off in the car.

BMW also made an appearance to announce its in-vehicle assistant will be based on Alexa.

The Ring Spotlight Cam Pro has motion detection and the Birds Eye View feature. It can detect people or animals and show their walking path, but users can program it to ignore your pets. 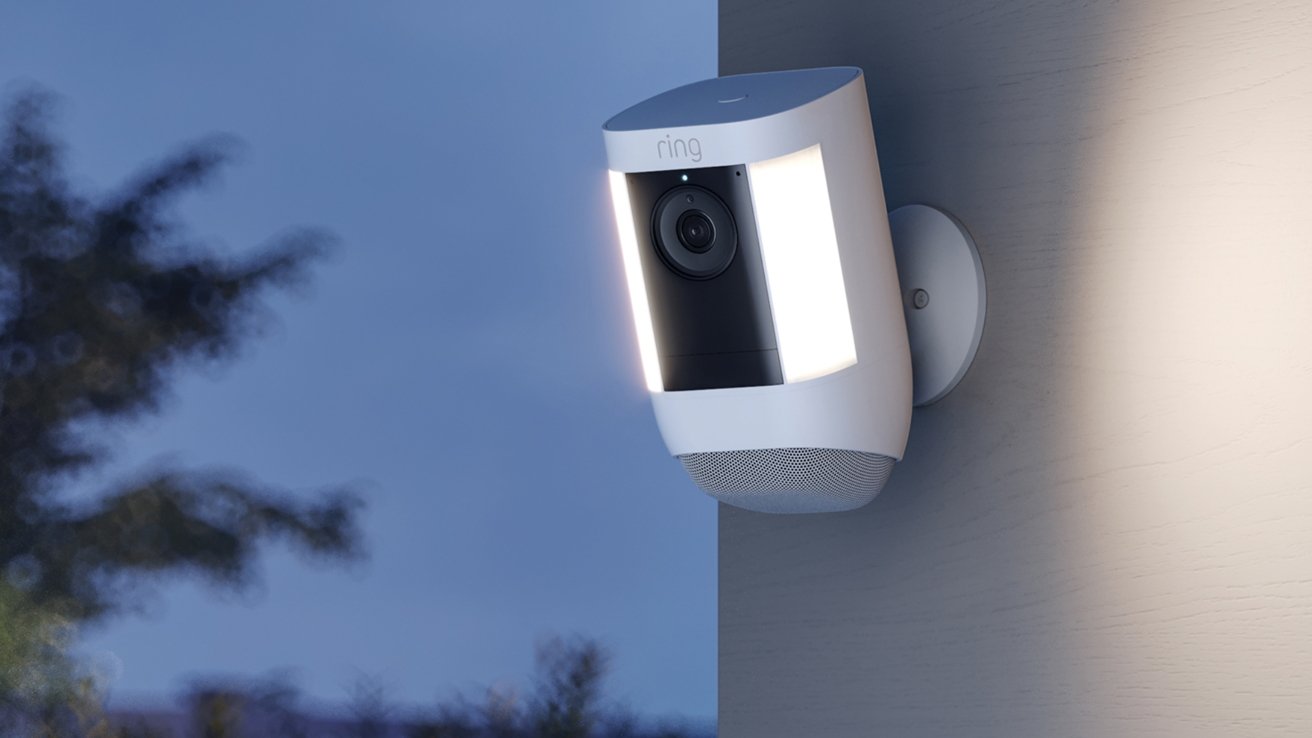 It is available with solar, wired, or battery-operated variations. Only the battery and wired versions are out now for $230, with the solar option coming later in 2022 for $250.

Amazon announced the Fire TV Omni QLED TV. It has Dolby Vision IQ, HDR 10+, and adaptive brightness. It comes in 65-inch and 75-inch options with pre-orders starting at $800. 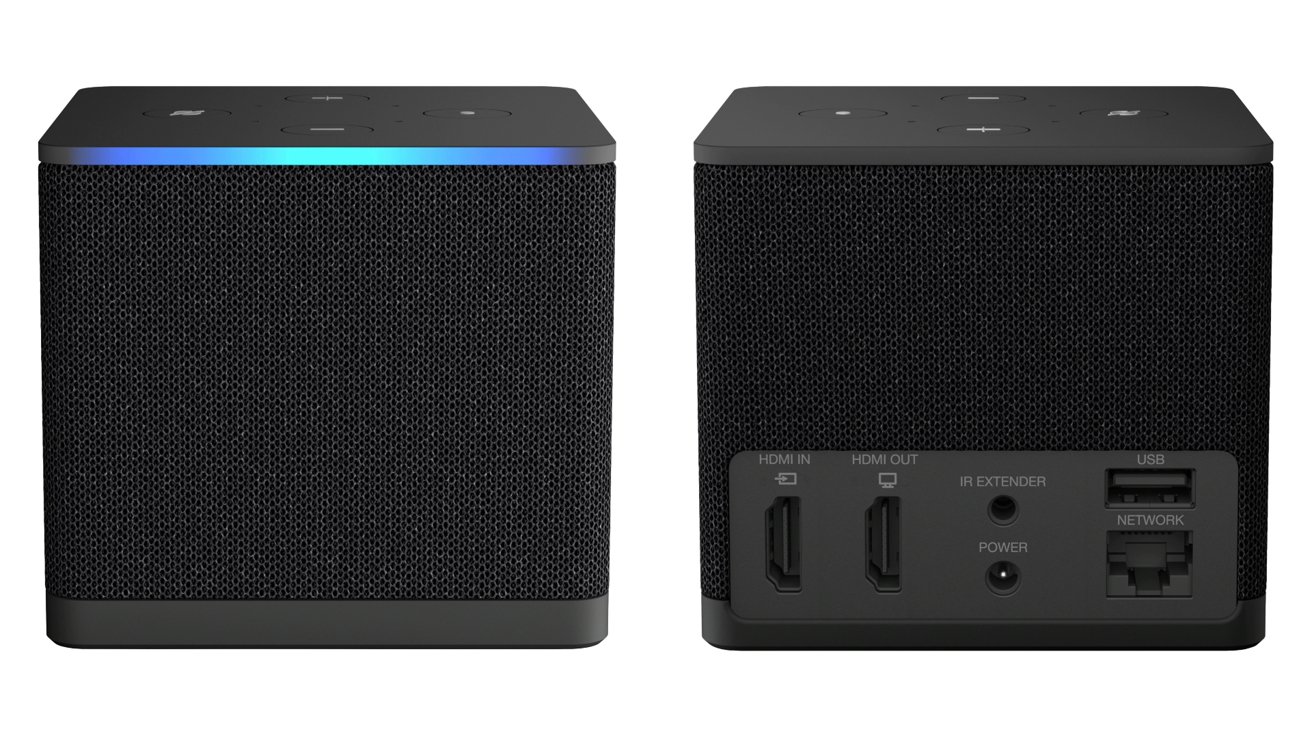 The updated FireTV has an HDMI input for cable boxes

The FireTV Cube has been updated with new hardware and an HDMI input for cable boxes. This cloth-covered box supports streaming 4K content over WiFi 6E.

The cable box input enables users to give Alexa commands to control the cable box. For example, tell Alexa to change the channel to a specific station.