AppleInsider
Posted: September 30, 2022 12:48PM
in General Discussion
A new report estimates that it would take Apple eight years to move even as little as ten percent of its production away from China. 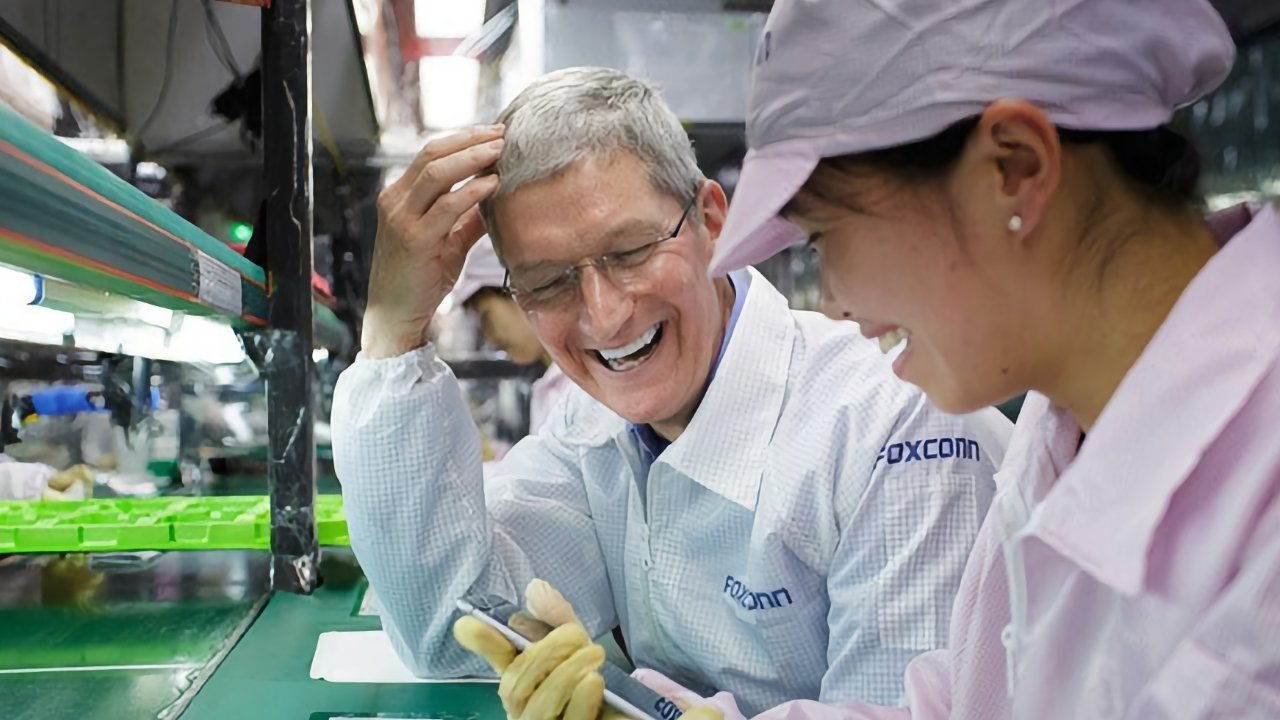 Apple and all technology firms have been making moves over the last several years to reduce their dependency on China. It's partly from wanting to avoid over-reliance on any one source, but also because of specific issues regarding China and the Chinese government.

Increasing tensions between the US and China are a significant factor, but so too is how the country's extreme -- but effective -- series of COVID measures have affected Apple's suppliers.

"With China accounting for 70% of global smartphone manufacturing and leading Chinese vendors accounting for nearly half of global shipments," says the full report from Bloomberg Intelligence, "the region has a well-developed supply chain, which will be tough to replicate -- and one Apple could lose access to if it moves."

According to Bloomberg, 98% of all iPhones are made in China and the logistics of working with scores of local component suppliers is well established. The complex production chains cost US firms billions to develop, and many years to create, so replacing them would be a slow process.

Specifically, Bloomberg estimates that moving 10% of its production away from China would take Apple about eight years. There are no further details of how that timescale was estimated.

The publication does, though, say that Apple is more dependent on China than other firms. Consequently, it estimates that in a decade, the overall hardware and electronics industry could cut their reliance to between 20% and 30%.

Bloomberg does not back up its figures with sources of data regarding the shift.

As well as that estimate about the overall hardware and electronics industry -- presumably excluding Apple -- Bloomberg separately speaks of what it calls the overall technology industry. It estimates that this industry could reduce it's China dependency by up to 40% by 2030. 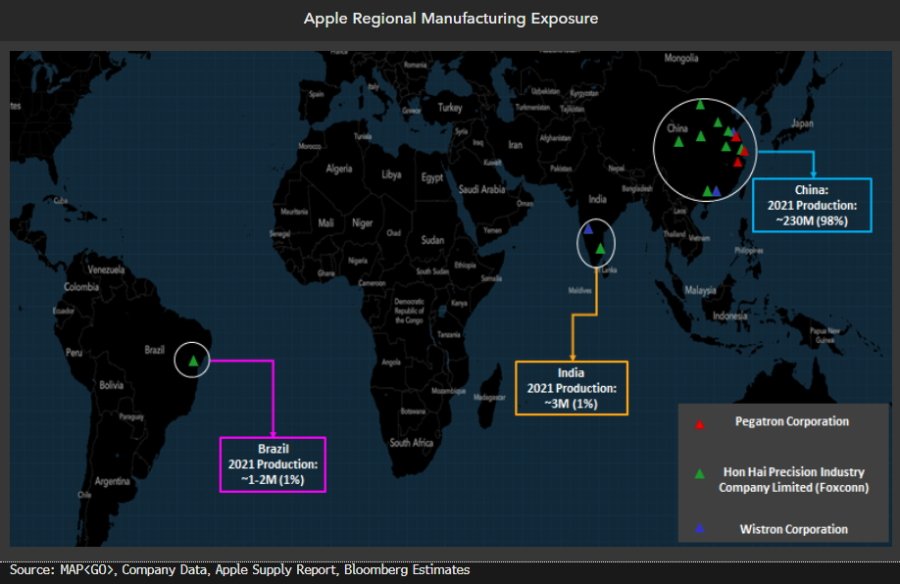 Summary of Apple's production across the world (Source: Bloomberg)

The report does acknowledge that Apple's largest supplier, Foxconn, is investing to build a facility in Vietnam. But the report's central conclusion is that it is going to take years for Apple to create a supply chain away from China.

Thee report seems to ignore how Apple has already managed to move MacBook Pro production to Vietnam in response to China's lockdowns.

It is true, though, that the original COVID pandemic delayed the move away from China for Apple and other technology firms. Separately, respected analyst Katy Huberty warned in 2019 that "a large-scale move out of the country would not only be costly, but could take multiple years to complete."

Separately, Bloomberg recently reported that iPhone 14 production was being cut through lower than expected demand. It was based on a claim that Apple first stepped up production, then brought it back down because of low sales.

However, its sources and conclusion were subsequently disparaged by other sources, including analyst Ming-Chi Kuo, who called the report "weird".