iPhone 14 won't always detect when you're in a crash

AppleInsider
Posted: September 30, 2022 3:41PM
in iPhone edited September 30
A new test of the Crash Detection feature featured in iPhone 14 models and an Apple Watch shows when it successfully triggers -- and when it does not.

In a video from the Wall Street Journal, a demolition derby driver repeatedly drove into two different vehicles. He wore an Apple Watch Ultra with an iPhone 14 model and Google Pixel in the car, which can also detect crashes.

Next, an iPhone 14 and Google Pixel were also placed side-by-side in each vehicle. 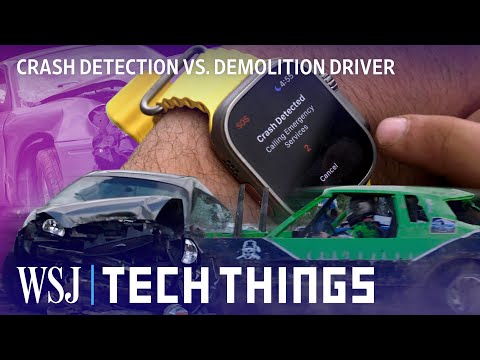 Testing showed that the Apple Watch worn by the driver was successful at detecting crashes. However, the iPhone didn't detect any of the impacts inside the first car.

The Pixel did detect one crash inside the driver's vehicle, but neither phone went off inside the car that got crashed into.

With car number two, the testers drove it around before crashing to make the smartphones think it was legitimate. But again, the crash did not trigger the smartphones.

When WSJ contacted Apple and Google with the results, Apple said a lack of data could be why the iPhone 14 didn't detect the crashes. Perhaps it was because it wasn't connected to CarPlay, or the tester didn't drive around the vehicle long enough.

Another YouTube channel tested the iPhone 14 Crash Detection feature on September 21. During that test, the iPhone did successfully detect the crash.

And on September 13, Apple published a video showing how the feature works. It relies on the high dynamic range gyroscope, accelerometer, GPS, barometer, and microphone.