AppleInsider
Posted: October 9, 2022 5:28PM
in iPhone edited October 2022
The Crash Detection feature of the iPhone 14 is causing problems for a theme park near Cincinnati, with repeated false-positives from iPhones on rides leading to multiple calls to emergency services. 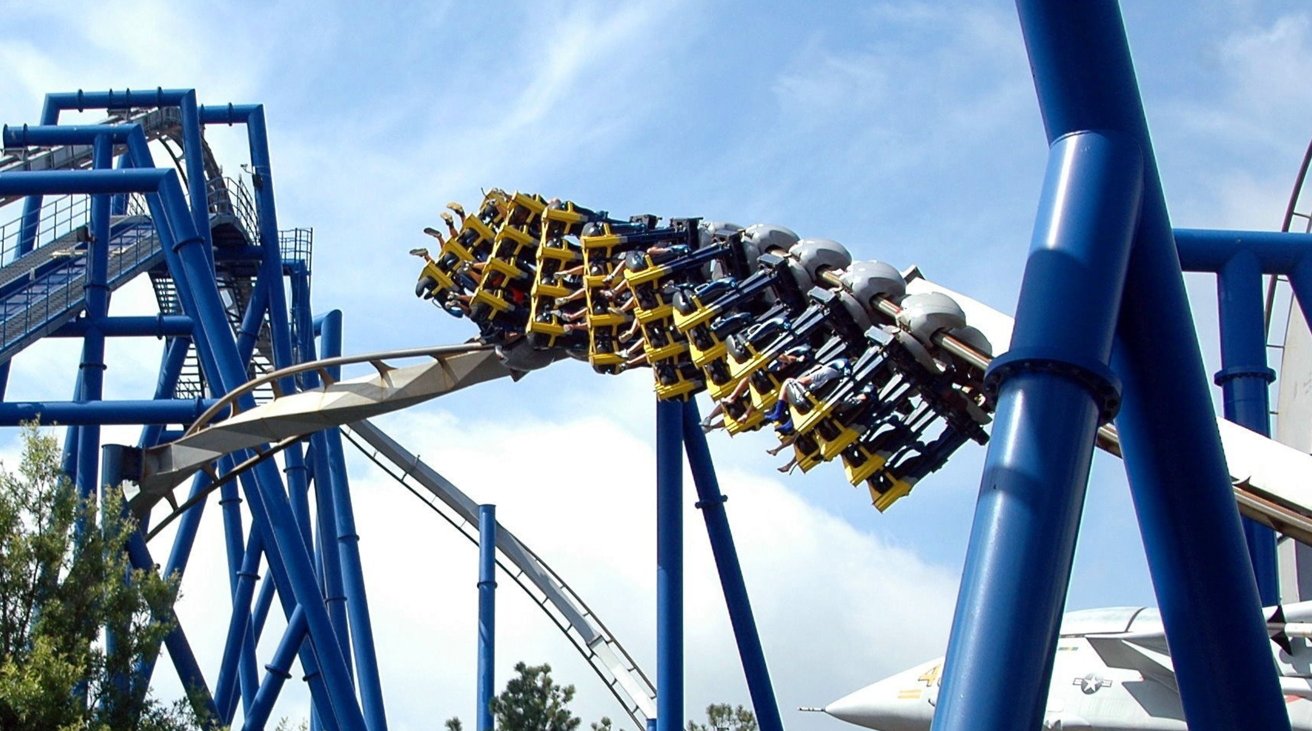 Apple's latest iPhone and Apple Watch safety feature, Crash Detection, uses onboard sensors and mountains of crash data to detect whether or not it is involved with a car accident. Despite the training of the system, it seems that rollercoasters could be its weakness.

The Warren County Communications Center has been the recipient of multiple iPhone crash-detection calls, all since the iPhone 14 went on sale in September. According to the center, a number of them were caused by passengers of rollercoasters at the King Island amusement park near Cincinnati.

Multiple recordings of iPhone-based detection calls were provided to the Wall Street Journal by the center, prompted by the devices misinterpreting ride movements and noise as collisions. The theme park isn't the only one with the problem, as alerts were also raised a few times at Six Flags Great America near Chicago.

While the iPhone and Apple Watch does offer a ten-second warning before placing the call to emergency services, this may not be cancellable in time. The park visitor may not notice if the ride is still in motion, or the iPhone could be stowed away out of view for safety, and not heard over screams.

An Apple spokesperson told the report the technology provides peace of mind, and work will continue to improve it.

False positives happen occasionally in everyday life, and are arguably better than not being triggered at all. But in the case of rollercoasters, such mistakes could be avoided by leaving devices with Collision Detection-style features in a locker or with someone who isn't going on the ride for safekeeping.

Independent testing has offered mixed results when it comes to actually detecting a crash, with some having more success than others.