Apple's record income makes it richer than most countries

AppleInsider
Posted: October 9, 2022 7:09PM
in AAPL Investors edited October 2022
Apple's billions upon billions in revenue is large enough to make it more valuable than most countries. Here's how Apple compares to the entire world's financial stage. 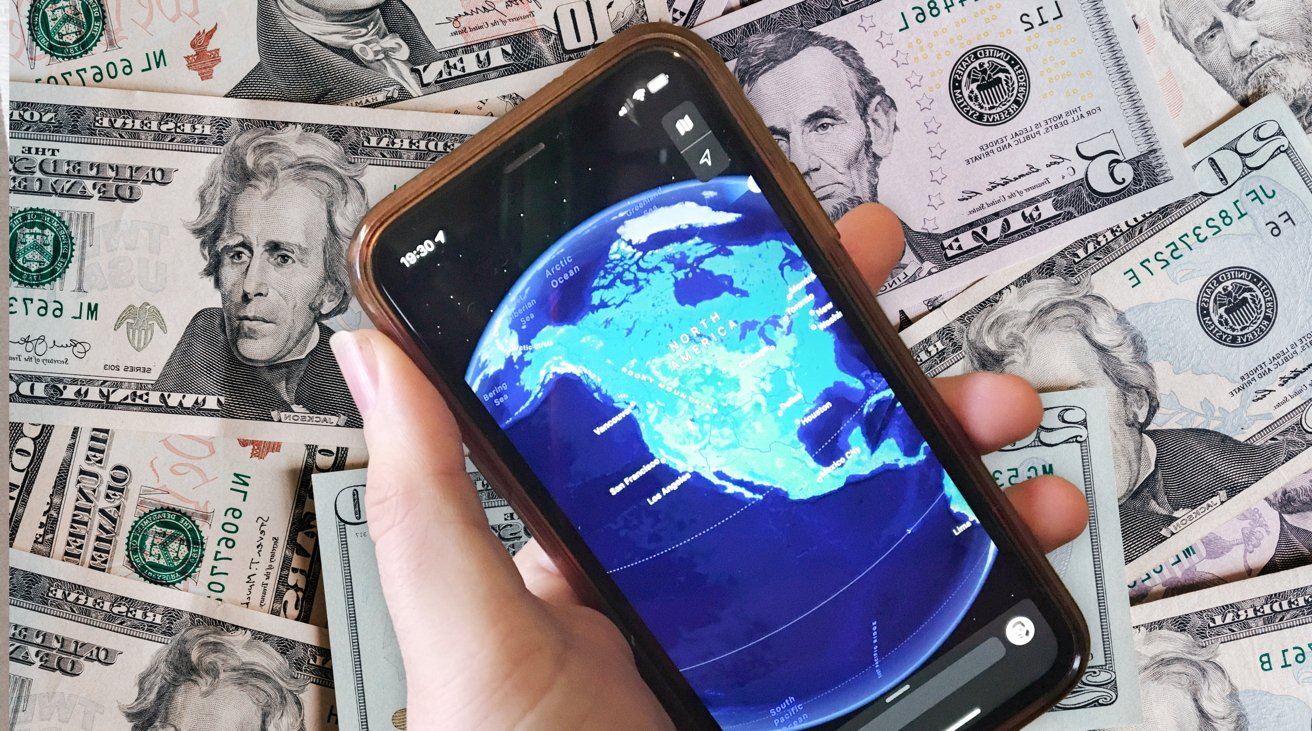 An iPhone and money.

By nearly any financial measure, Apple is a big deal. In January, it became the world's first company to reach a market cap of $3 trillion, but while it has slipped down to $2.25 trillion as of October 9, that's still an extremely impressive figure.

Arguably just as impressive is Apple's revenue during its quarterly reports, with it repeatedly setting new records for revenue. Analysts may have mixed results about Apple narrowly missing expectations at times, but normal people are still impressed that the revenue is reported in billions and not millions.

With Apple a goliath of the marketplace and continuing to see success, it's worth remembering that those billions Apple brings in can be more than what some countries can generate.

Apple's financials put some nations to shame. And, we're not even including debt for Apple or nations in question -- which would move Apple even further up the list.

The figures being used are based on Apple's most recent quarterly results, namely the third quarter of 2022, announced in July. We'll be using the quarterly figures in our analysis rather than other higher quarters for a few good reasons.

For a start, they really are the latest figures to work from. Apple does have results inbound at the end of October, but these are what's available at this time.

Using Q3's figures demonstrates how Apple can perform in its "off-season" results. If those figures are impressive, one can only imagine how sky-high Q1 results measure up under the same analysis.

To determine how big Apple's revenue is, we will be using the International Monetary Fund's Gross Domestic Product (GDP) figures covering the year of 2021. The GDP measures the size of a country's economy, including the market value of goods and services produced and sold.

The IMF's figures are based on an annual GDP measured in billions of U.S. dollars, and are downloadable from its Datamapper service.

Of course, this is a quarter-to-annual comparison, so a full-year comparison is also needed.

iPhone alone is bigger than Bolivia

On a product-by-product basis, the iPhone continues to be the biggest contributor to Apple's bottom line, but others are still seeing considerable growth. There are often comments made during results that each arm can be a massive-level company in its own right.

Apple as a person

While Apple can take on countries with its finances, it can also claim quite a few scalps when put against billionaires. Apple CEO Tim Cook managed to get to 1,513 place in Forbes' Richest people in the World list with $2 billion, but Apple itself can go a lot further.

The Q3 gross margin slots Apple in at 37th place behind Giovanni Ferrero at $36.2B, with the four-quarter total bumping Apple up to third, between Bezos and Bernard Arnault & Family ($158B), and above both Bill Gates (4th, $129B) and Apple-favoring investment sage Warren Buffet (5th, $118B).

Apple's Q3 net profit would be 84th, beating the $19 billion of Reinhold Wuerth and family. The four-quarter version would slot Apple in between Larry Ellison (8th, $106B) and Steve Ballmer (9th, $91.4B).

And, of course, this is one quarter, or four quarters, of Apple wealth generation versus the net worth of the people in question. A true net worth comparison would easily be in the trillion-dollar-company's favor.