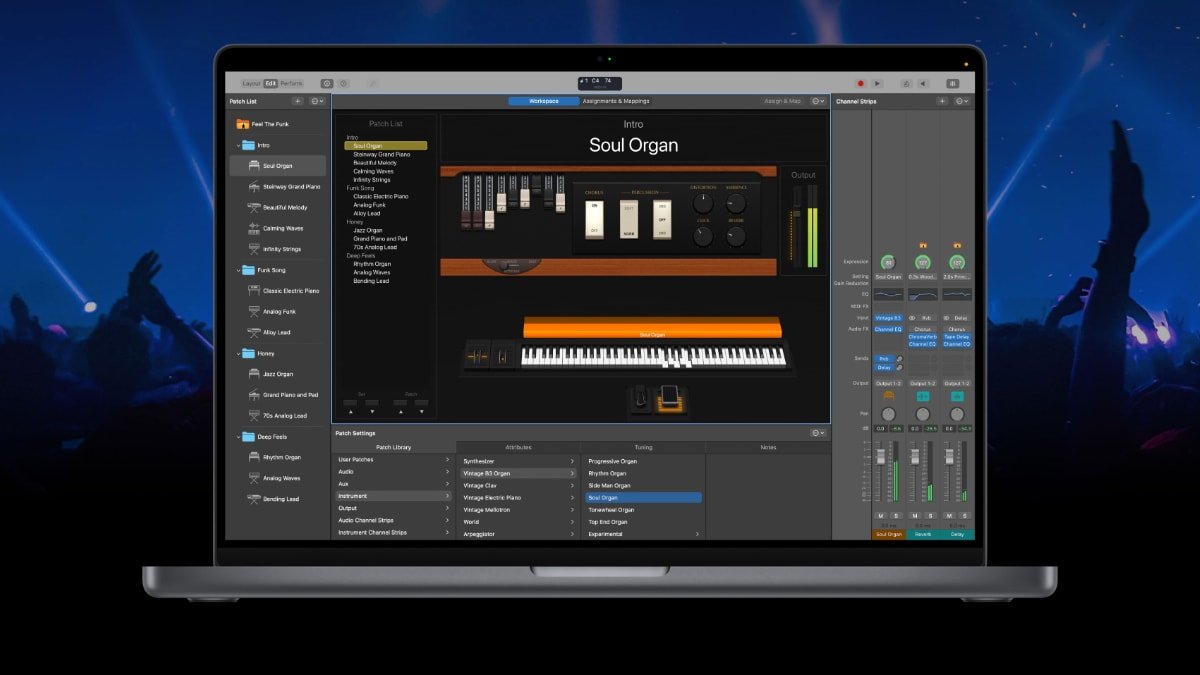 All three apps help musicians create music in the studio or live onstage with their MacBook. They received improvements to stability and bug fixes, along with updates to unique features in each tool.

MainStage lets musicians take their Mac on the stage with a full-screen interface optimized for live performance. It has controls for hardware, as well as a collection of plug-ins and sounds. Version 3.6.2 offers:

MainStage is available in the Mac App Store for $29.99.

GarageBand is an easy way to get started with producing music on a Mac. It includes a Drummer, Sound Library, and various instrument designers for musicians. Version 10.4.7 is the newest update:

GarageBand is available for free in the Mac App Store.

Logic Pro's 10.7.5 update added the most features out of all the app updates on Wednesday. The app is more advanced than GarageBand to create, mix, and edit music.