AppleInsider
Posted: November 9, 2022 1:26PM
in General Discussion edited November 2022
Affinity Photo 2, Affinity Designer 2, and Affinity Publisher 2 have all been launched by Serif for the Mac and iPad, with reworked interfaces, new features, and new licensing options. 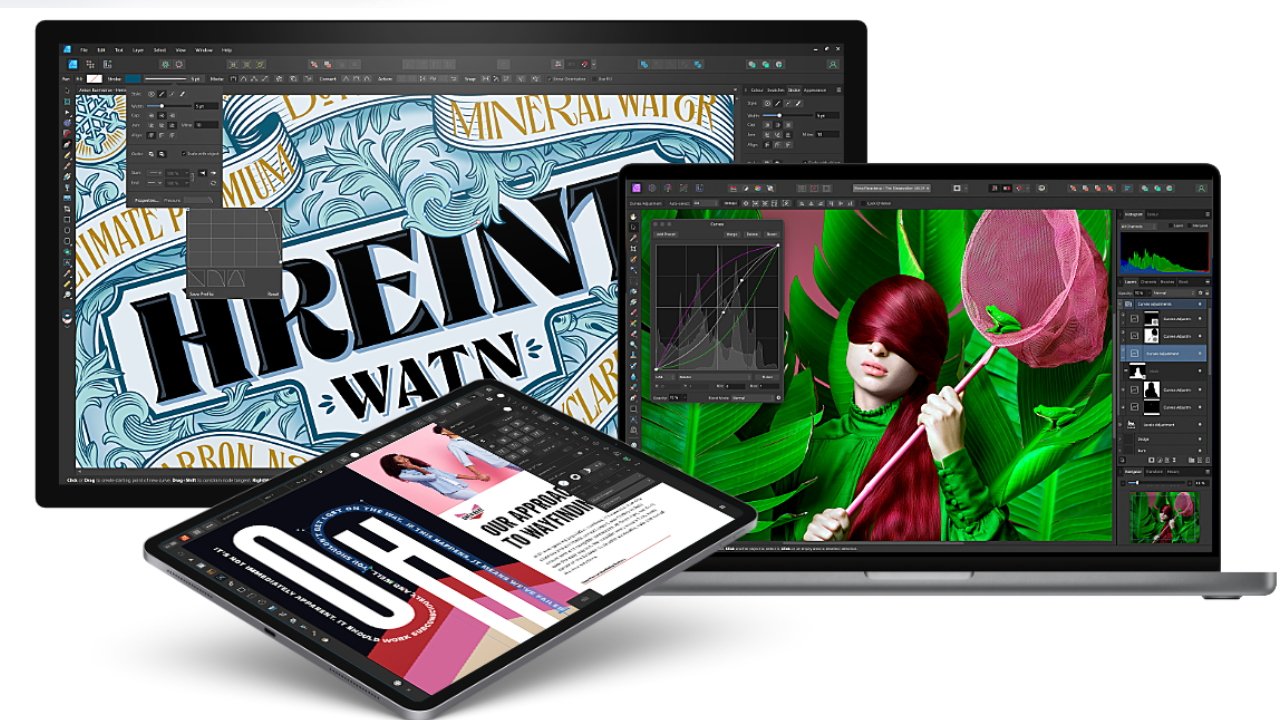 Serif has already been steadily rolling out new features and performance updates to each of its art and image apps. But now the Adobe alternative has simultaneously released new version 2 editions of each of its apps.

"For the very first time we're bringing the very latest, highest performing versions of all our products to the market at the same time, with some simply stunning features," said Ashley Hewson, Managing Director of Serif, in a statement. "We think Affinity users both old and new are going to love it."

A key feature of the Affinity apps is how they work together -- while in an Affinity Publisher document, users can click a button to be editing the same file in Affinity Photo.

It's like users keep the one current document and Serif wraps the different applications around that. It means that it's fast to perform actions like touching up a photo once it's already on a page.

Serif says that the key new features in its new Affinity Designer 2 include the "highly requested" vector warp, which "allows you to apply a non-destructive warp over any vector artwork or text."

It also includes an easier to use shape builder tool, and knife tool. Measure and area tools allow users to "determine the area, perimeter and any segment length of a closed shape."

Then Affinity Publisher 2 adds an ability to include footnotes and endnotes, plus the Place tool now features auto-flow. "Create a single layout that automatically repeats across your document," says Serif.

Affinity Publisher 2 also now lets users combine "separate Publisher documents as chapters to create one long publication," but only on the Mac. 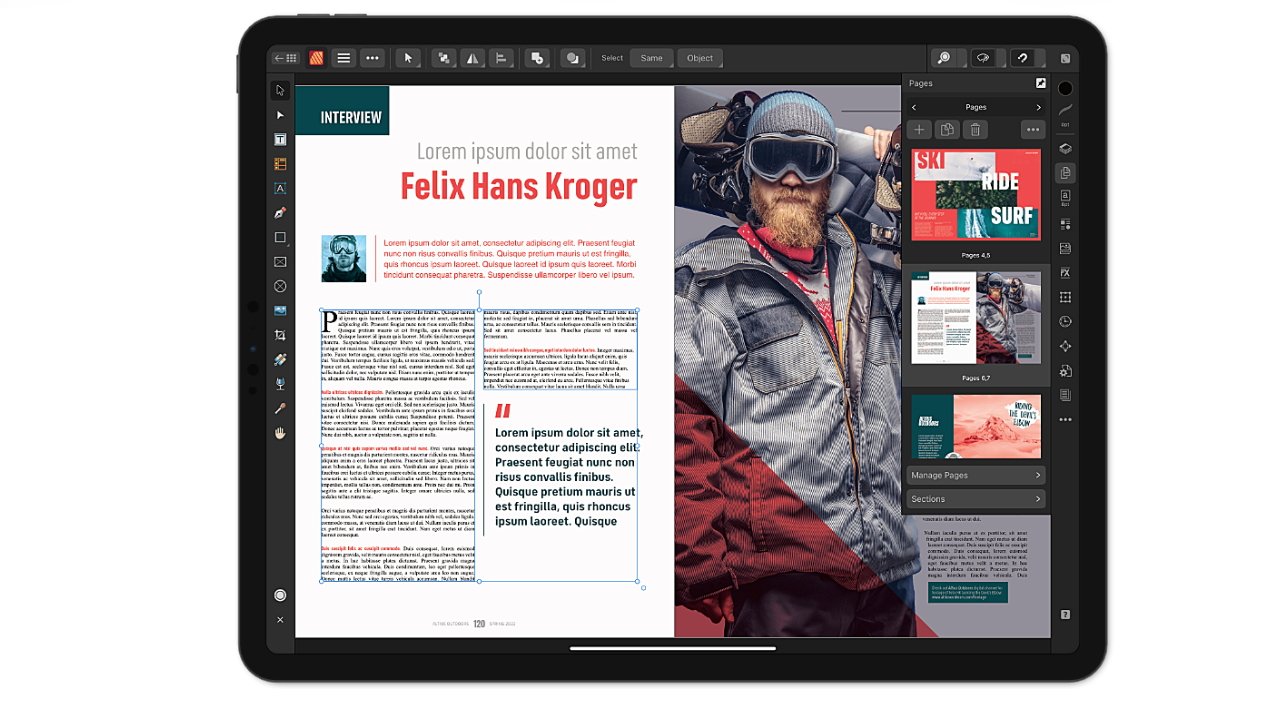 With the release of Affinity Publisher for iPad, all three of Serif's design applications are now on iPad, Mac, and PC.

"Our work to put full desktop-quality creative software onto iPad has led the world and set new industry standards for what users should expect from iPad apps," continued Hewson. "And now we're the first to bring all the features you'd associate with desktop publishing to the iPad as well."

"There's genuinely never been anything like this before," he claimed. "The power and portability of Affinity Publisher 2 for iPad allows you to take page design and layout out of the confines of the office and into whatever space brings you most inspiration."

Hewson notes that there has been speculation that the company would move to subscriptions, but "I'm pleased to confirm that isn't the case." He argues that Serif's one-off purchase means the Affinity apps are "the only viable option for many."

At launch, the Affinity apps have a 40% discount - and so does the Affinity V2 Universal License, which is a bundle of all the apps on every platform.

The iPad versions can be bought in the iOS App Store, and the Mac App Store. The Mac editions can also be bought directly from Serif, which is also how to buy the Affinity V2 Universal License bundle.

Each of the new Affinity apps for Mac requires macOS 10.15. For the iPad, the each require a minimum of iPadOS 15.0.