Apple will not buy Disney, no matter how often it hears that it will

AppleInsider
Posted: November 23, 2022 4:46PM
in General Discussion edited November 23
The rumor that Apple will buy Disney is old enough to buy an overpriced beer at EPCOT. And, it's back again, with so many talking heads strangely inspired by Disney re-hiring Steve Jobs' friend Bob Iger as CEO. 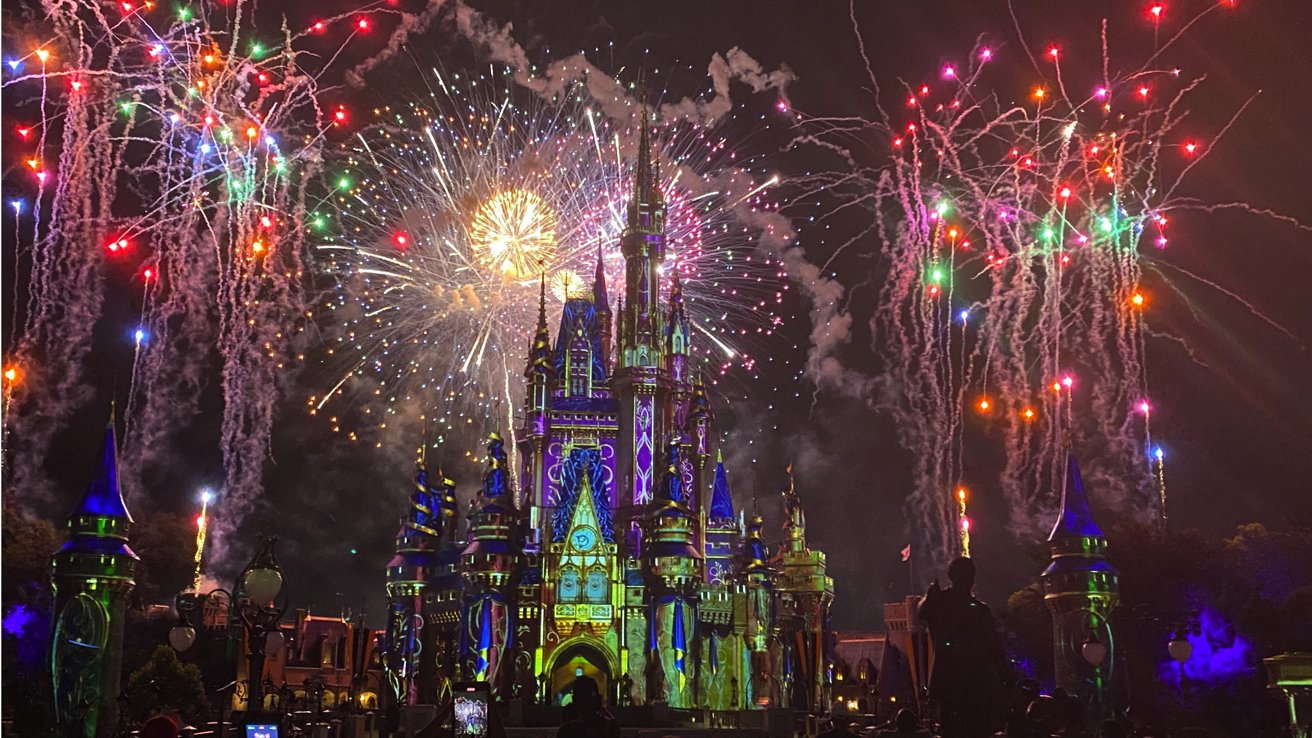 Are you ready to see an Apple logo on the front of Cinderella's Castle?

It is true that Disney has just re-hired Bob Iger as its CEO, three years after he stepped down. And it's true that during those three years, Iger said there had been a point where a merger between Disney and Apple could have "gotten there."

Only, you have to forget that Iger also said this was when Steve Jobs was alive. Very specifically, the two men had never once spoken about a deal.

That's apparently not an important detail. At least, not if you're a financial analyst who knows the true value of a good headline.

That's solely what this claim of Apple buying Disney comes down to. It is the statistics and the financial analysis of how much attention you can get by saying it will happen.

"He's [Iger] going to sell the company," a source described as a Disney insider who used to work for Iger, told Yahoo Entertainment. "This is the pinnacle deal for the ultimate dealmaker."

Maybe this really was a Disney insider. Maybe it was someone passing by in a Star Wars Stormtrooper outfit. The latter seems most likely, since when they shoot, they don't hit anything either.

We've been here before and we'll keep coming back

Either way, this is only the latest in a very long line of claims that Apple is certain to buy Disney and do so absolutely any day now.

At one point an analyst did actually do some math. In 2017, analyst Amit Daryanani said there was a "confluence of events" that meant Apple should buy Disney.

That was "should," not "will," but Daryanani made it sound like Tim Cook would be an idiot to not do it. And -- remember this was 2017 -- Daryanani's calculations said Apple would have to take on significant debt to do it.

Flash forward to 2022, and now Apple has so much money that it's easy to assume it can buy anything.

Right now, the Walt Disney Co's market capitalization is $175.4 billion. Apple has cash reserves of around $200 billion, according to Investors.com, which also believes the company should be giving that to investors, "the rightful owners," instead of acquiring firms.

You don't get to buy a company for exactly what it appears to be worth now, or there is no reason for the firm to let you buy it. Still, let's assume Apple could get Disney for something less than the $200 billion it has in loose change. 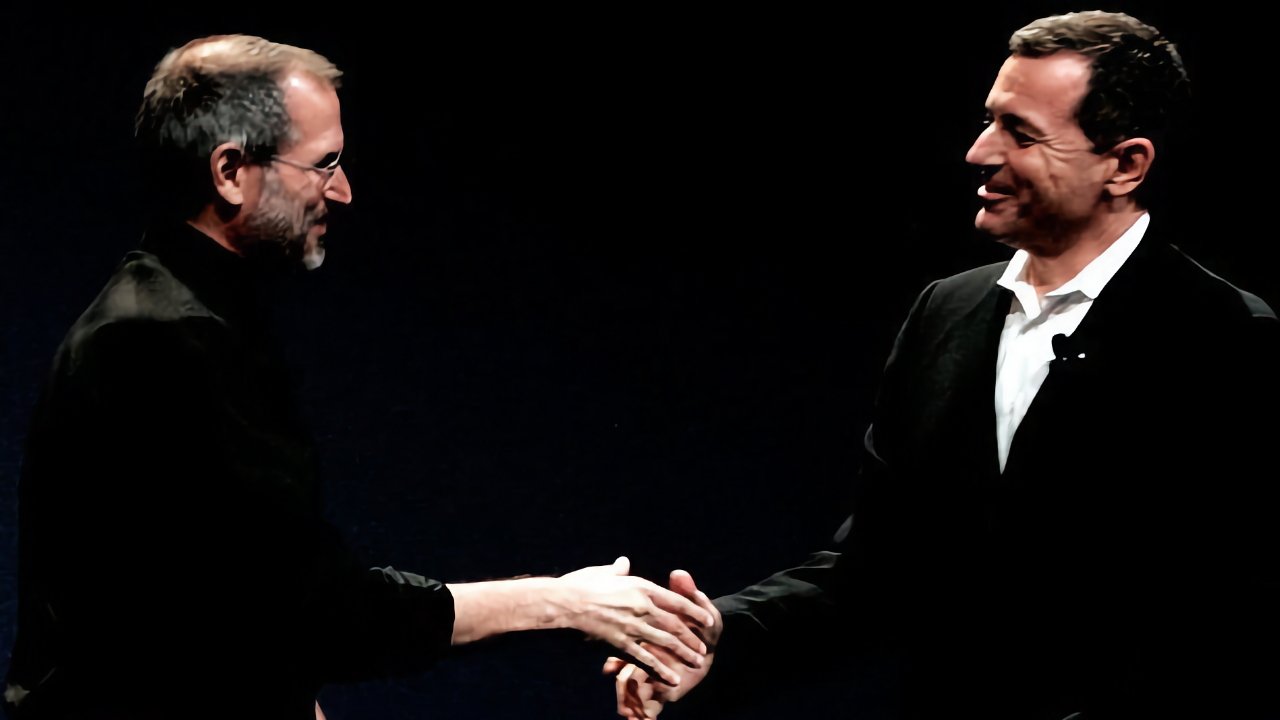 It's not just the price tag that matters

There's also the slightly significant fact that Disney has no real reason to want to sell. Companies can be pressured into a sale by shareholders, but overall, Disney is doing well when looked at as a whole.

And, while the fans are excited about Chapek being gone, it's likely to be more about the board wanting to make more money, and the company having a COVID fall-guy than anything else, given that he was mostly implementing programs that Iger built. Iger didn't come back to make a deal with Apple.

Yes, Disney has had a few underperforming years, and some expensive, high-profile missteps. There's COVID, of course, which shut down the parks for a while, and cut the capacity for even longer.

Chapek did ultimately speak out. And when he did, Florida took revenge by trying to remove Disney's -- and only Disney's -- special tax status, which may or may not work given how Orlando itself feels about it. Ironically, the governor made his announcement that he was going to focus on Disney's tax status, while standing in another area that had a special tax dispensation, much like the Reedy Creek deal.

We'll all see about how that works out in the fullness of time. But, because of that deal, it's believed that Disney has saved tens of millions of dollars in taxes over the fifty years since it was introduced.

There may be more financial fallout from the row with Florida, too. According to BBC News, Republicans in Congress now say they will oppose renewing Disney's copyright on Mickey Mouse in 2024 because of the firm's "political and sexual agenda."

What's at stake there is not quite the Mickey that we know today, or even the one we knew 50 years ago. Rather, the original Mickey Mouse from "Steamboat Willie" back in 1928 could become public domain.

So Disney could face losing the rights to its original Mickey, and it is facing these moves to strip its Florida tax advantages. What was more predictable, though, was that its Disney+ streaming service would prove to be both a success and a problem. 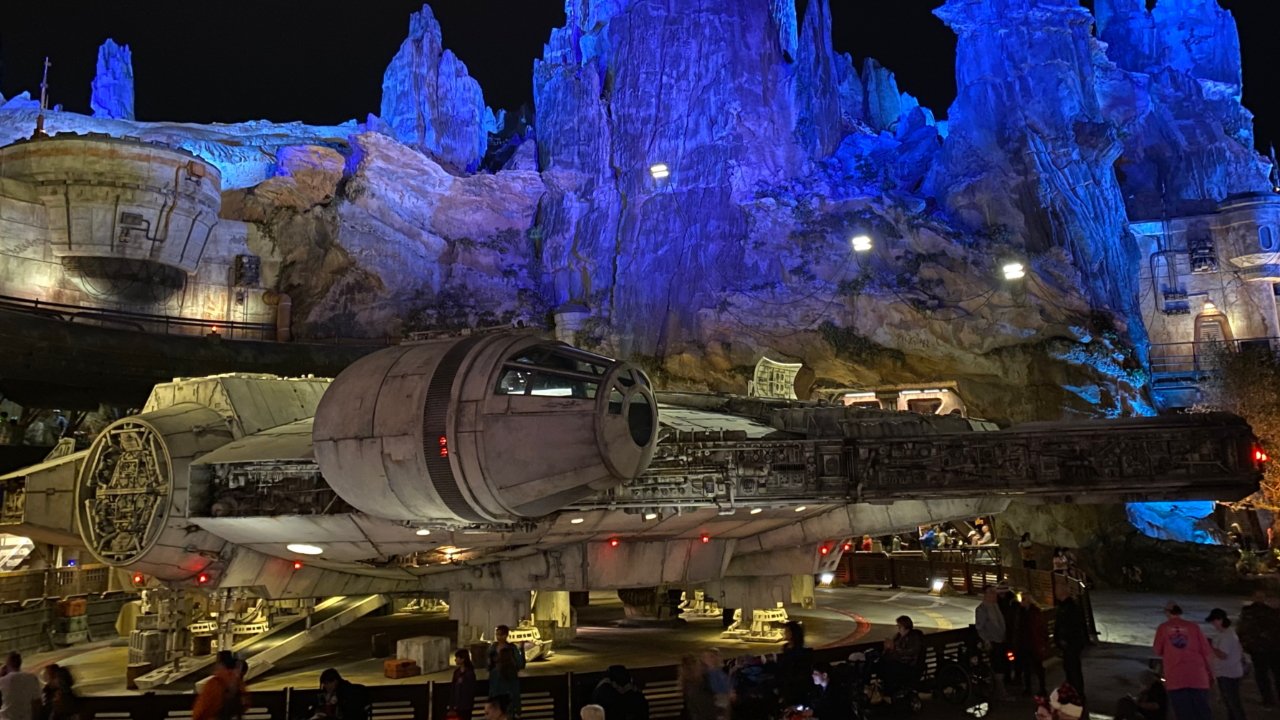 Disney has come a long way since "Steamboat Willie," and now includes all of "Star Wars."

The Disney+ streaming service launched in November 2019 and aimed to get between 60 million and 90 million subscribers by 2024.

Instead, it easily beat that by November 2020, after just one year instead of five. (It's intended to be watched on TVs, iPhones and iPads, but you can also watch on a Mac.)

The problem is that the service is still in its early days when it requires investment in technology as much as anything else. Then while it has an enviably gigantic library of material, what drives new subscribers the most is brand-new programming.

And there is little that is more expensive than television programming with, for instance, "The Mandalorian" alone costing around $15 million per episode to produce. There are then other costs such as marketing, and other income such as from toys and the parks themselves, that are not counted at all in the streamer's accounts, but rather in the accounting of the company as a whole.

Disney knew it would lose money with streaming at first, and its financial earnings calls have continually forecast it. But it didn't expect to lose $1.5 billion because of it in the last quarter, up from about $1.1 billion a quarter ago, and $630 billion in the year-ago quarter.

So Disney+ is this massive success that is costing its owner much more than expected. It did very recently raise costs on Disney+ streaming, but not enough to make up $1.5 billion in a quarter.

Maybe the company is vulnerable, though any firm buying it would be taking on the same problems and the same costs.

It's not just up to Disney and Apple

Say Tim Cook burns to see more episodes of "Obi-Wan Kenobi," and Bob Iger is keen to see an Apple logo on Cinderella's Castle in the Magic Kingdom. The two firms are still so huge that any kind of deal would have to go to US regulators.

It's no more certain that they'd get a favorable response than it is conceivable that they'd get a quick one. Most recently, a US judge refused to allow much smaller publishing houses Penguin Books and its rival Simon & Schuster to merge, in what Reuters says was merely a $2.2 billion deal.

In that case, the argument was that merging these two firms would cut competition, and also lower advances for their authors. Disney might want to lower what it pays creatives, but that's what got it into costly hot water with actor Scarlett Johansson. 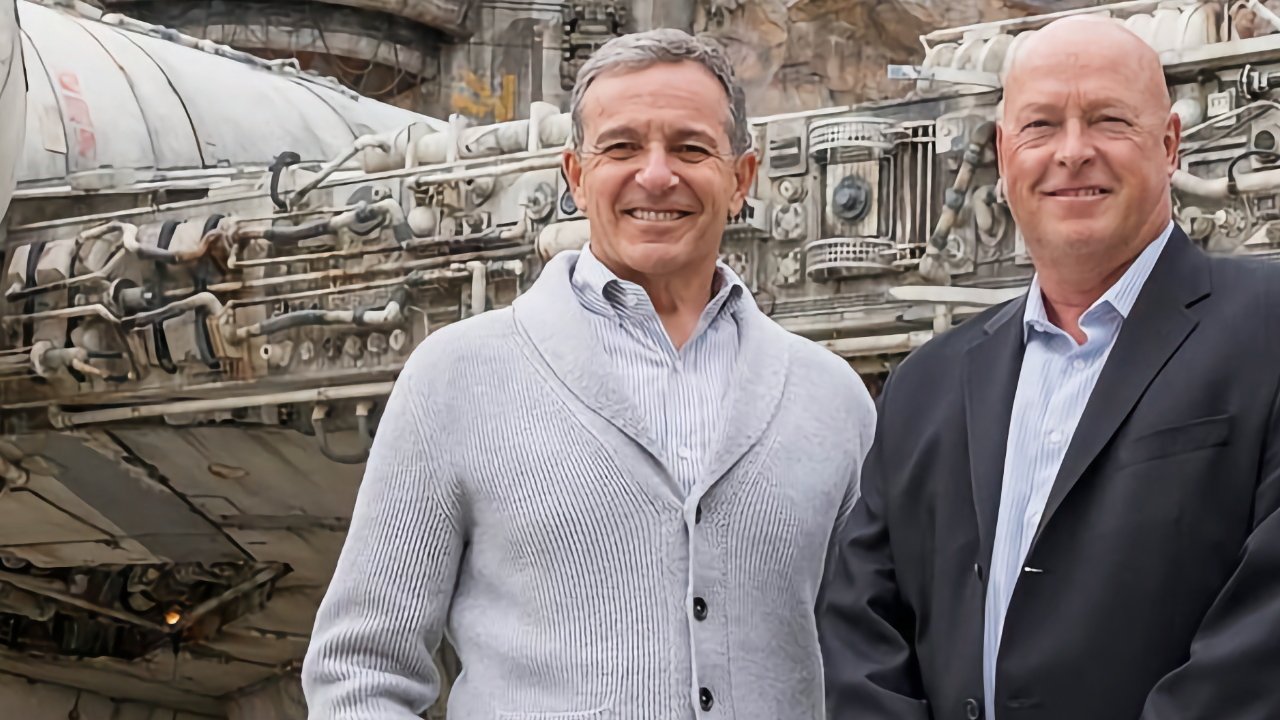 We've all spent more on something than we should, just because we wanted it. But we're not Apple, which has no reason to want Disney other than how that would balloon out its Apple TV+ library.

Apple's had the chance to buy libraries of content before, and even reportedly held some preliminary discussions with MGM. But it passed on that deal, and hasn't introduced any others.

So huge companies will buy other huge companies, but only when the price is less than the value they will get from it. Disney is not ready to be part of a larger synergy machine than its own, nor does Apple appear to have any inclination to get into the theme park business, even in part.

Disney is not in a weak enough position to make it a bargain for Apple, nor does it have anything Apple especially needs.