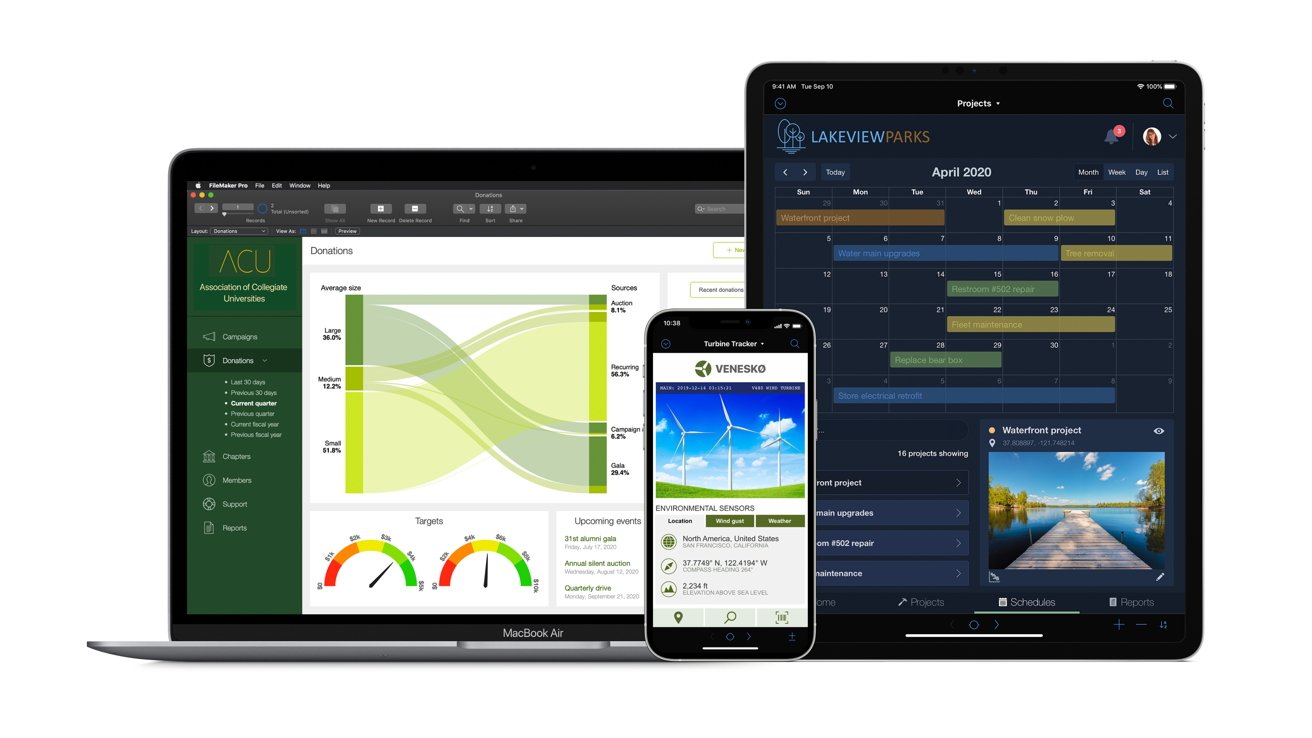 Claris FileMaker Pro and FileMaker Server have been updated to version 19.6.1 with a host of improvements, including macOS Ventura compatibility. The app also now supports the Sign in with Apple authentication option.

FileMaker Pro is an app that lets businesses create custom app solutions. It has a drag-and-drop style interface that can quickly get an app made from scratch.

The FileMaker Server is a product that hosts FileMaker Pro apps within an on-premise server for team access. This enables integration with existing systems at the company with 24/7 access.

Interested users can get Claris FileMaker Essentials plan for $21 per user, per month with the ability to create 3 apps among 10 users. The Standard plan enables up to 99 users to create and host 125 apps for $43 per user per month.