AppleInsider
Posted: December 1, 2022 5:15PM
in General Discussion edited December 2022
A fully working Apple-I motherboard a number handwritten by Steve Jobs, plus all accessories, is expected to get $375,000 at auction. 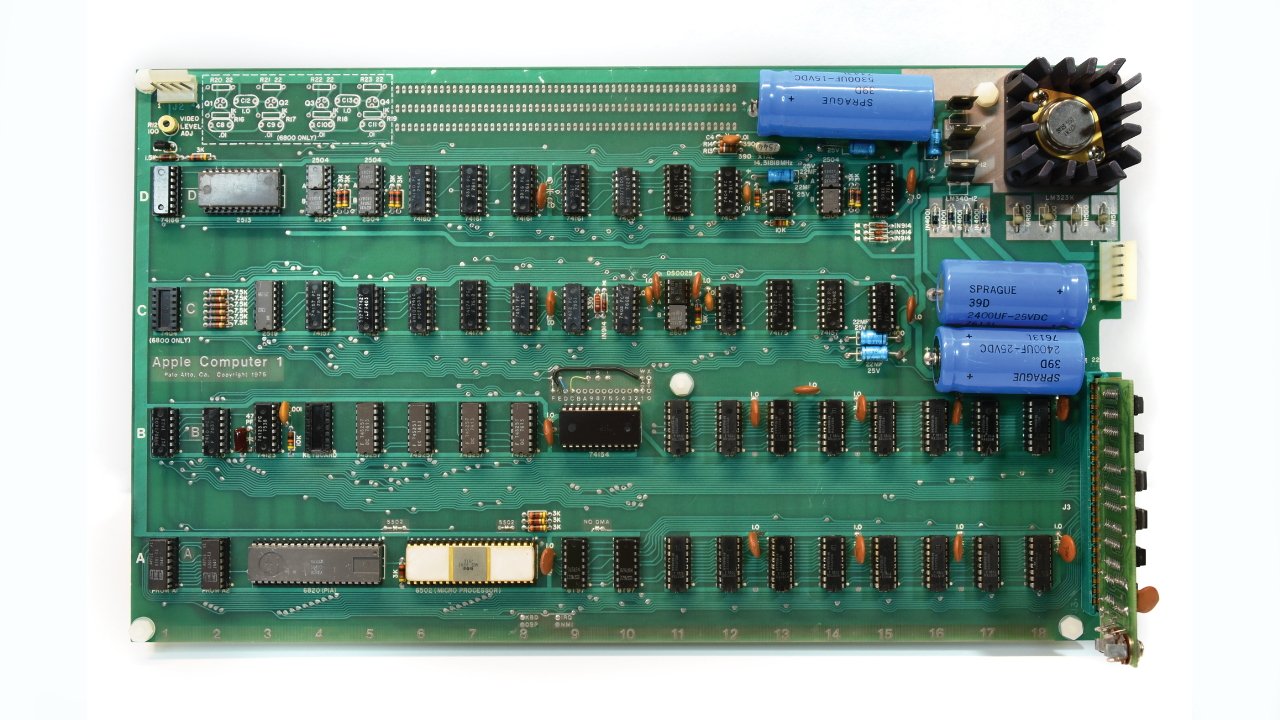 "That Jobs numbered these himself is a recent revelation in the Apple-1 world," says the auction entry at RR Auction. "This computer is listed as #78 in the Apple-1 Registry, and was originally sold by RR Auction in 2018."

"The most remarkable aspect of this Apple-1 computer is that it is documented to be fully operational," continues the listing. "[The] system was operated without fault for approximately eight hours in a comprehensive test."

RR Auction says that a video of the test is available on request, as is "a comprehensive, technical condition report" by restorer Corey Cohen.

The same RR Auction also features a NeXT Computer brochure, signed by Jobs. It's expected to fetch $10,000.

Apple-I auctions now occur regularly, even if some are disputed.