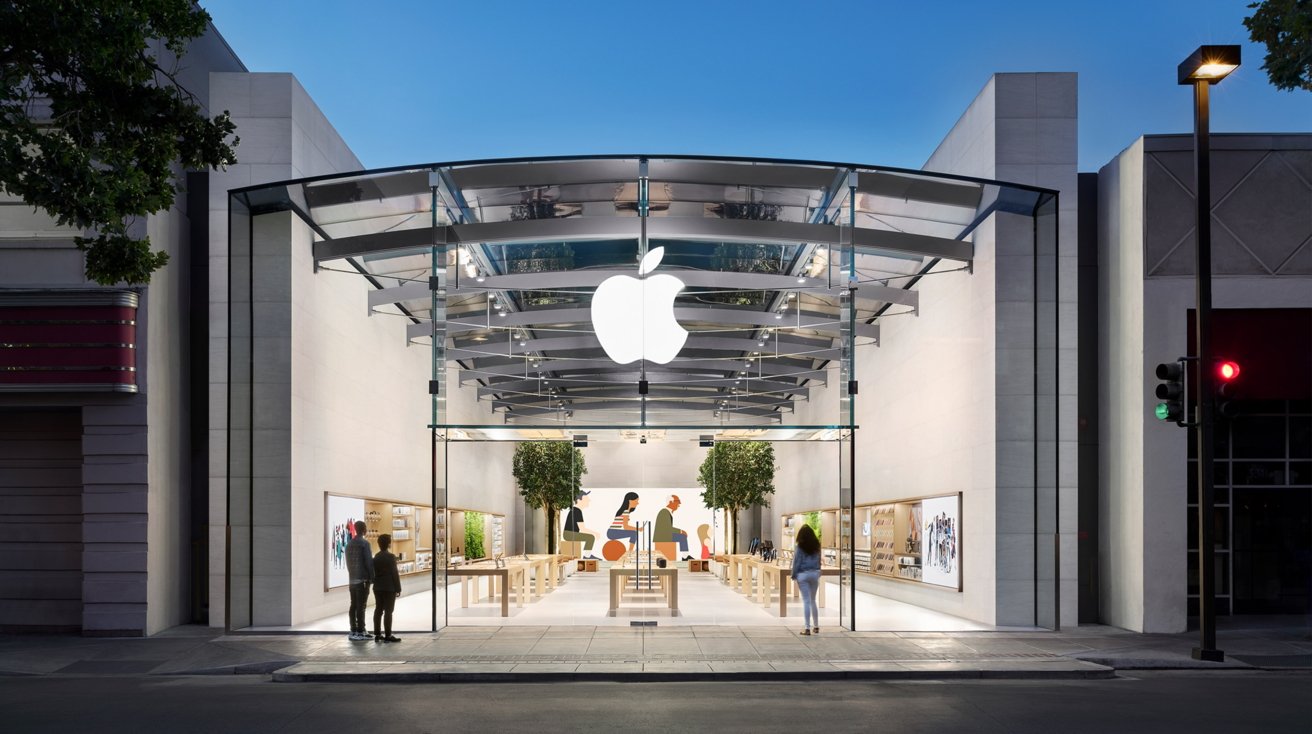 The Apple Store in Palo Alto

Two men stole numerous items from the busy Apple Store in Palo Alto on Black Friday, and the theft itself was caught on a video that subsequently went viral.

According to The San Francisco Standard, two thieves took about $35,000 worth of items from the store on November 25, while also threatening bystanders with violence. The two fled in a red Mazda 3 hatchback.

The replies to the video, on Twitter, featured a robust debate between those who saw the thefts as a symptom of cultural decline, and those praising Apple Store employees for adhering to store policies, while seeking to protect customers from potential harm.

More than $50,000 in items stolen from Utah Apple Store

The California theft was part of a recent spate of Apple Store robberies, including the one in which a man in New York was robbed of $95,000 worth of iPhones that he bought from the Fifth Avenue Apple Store in late November.

Another such theft took place at the Apple Store in Farmington, Utah, earlier in November. ABC 4 reports four men took over $50,000 worth of items from the Farmington Apple Store.

The thieves, police said, took iPhones and Mac, carrying out the crime in just 38 seconds.

Frankie Grande, the dancer, actor, and brother of singer Ariana Grande, was robbed of his iPhone 14 Pro and AirPods in New York City in mid-November. According to NBC News, two alleged assailants, aged 13 and 17, have been arrested. The iPhone was recovered.

One accused participant in the iPhone theft ring that was indicted in the summer has entered the case's first guilty plea. Fox 9 says one defendant agreed to plead guilty, accepting a 57-month prison term, in exchange for not facing additional charges.

The Chinese national known as "iPhone Man," alleged as one of the conspiracy's leaders, was due in court on December 2.

The conductor of the Boston Philharmonic Orchestra recently lost some valuables when his car was stolen, including three prized annotated musical scores, as well as the iPad that he used as a clock during performances. The scores were stolen ahead of an important performance by the Orchestra.

According to The Boston Globe, conductor Benjamin Zander lost the items when his BMW was stolen. The car was actually stolen twice, since the thief stole the key and presumably took it again, although it was ultimately recovered, minus the iPad and musical scores.

A California man was sentenced in late November to 111 months in federal prison, in relation to five instances in which he met men on the dating app Grindr and robbed them. According to the U.S. Attorney's Office for the Central District of California, the man's routine was to arrange sexual encounters on the app and find a way to use the victims' phones to transfer money to himself.

In one incident, according to the prosecutors, the man accessed a victim's Apple Pay account to open a credit line, which he later used to purchase AirPods. On his sentence, the man received a hate crime enhancement.

A former trustee of Fairfield Township in Indiana is being accused of using an Apple Watch and iPad that were paid for with public funds. The Lafayette Journal & Courier writes that, while the woman's phone may have been a legitimate taxpayer expense, the other two devices were not.

The ex-trustee, who is still using the devices, was indicted in November on 42 charges, including, per the news outlet, theft, tax fraud, fraud, perjury, official misconduct, and corrupt business influence.

A 20-year-old woman who works at a Target in the Lancaster, PA, area has been arrested and charged with stealing $1,800 in electronics, including three Apple Watches and an iPad, from the store.

According to Lancaster Online, the woman was charged with a single count of theft, after she was caught on store surveillance. She has also been accused of taking a Kate Spade iPhone case.

Police in India arrested several people who they say sold Chinese-made counterfeit iPhones in India's National Capital Region. The Hindustan Times reports the gang sold around 60 of the bogus iPhones.