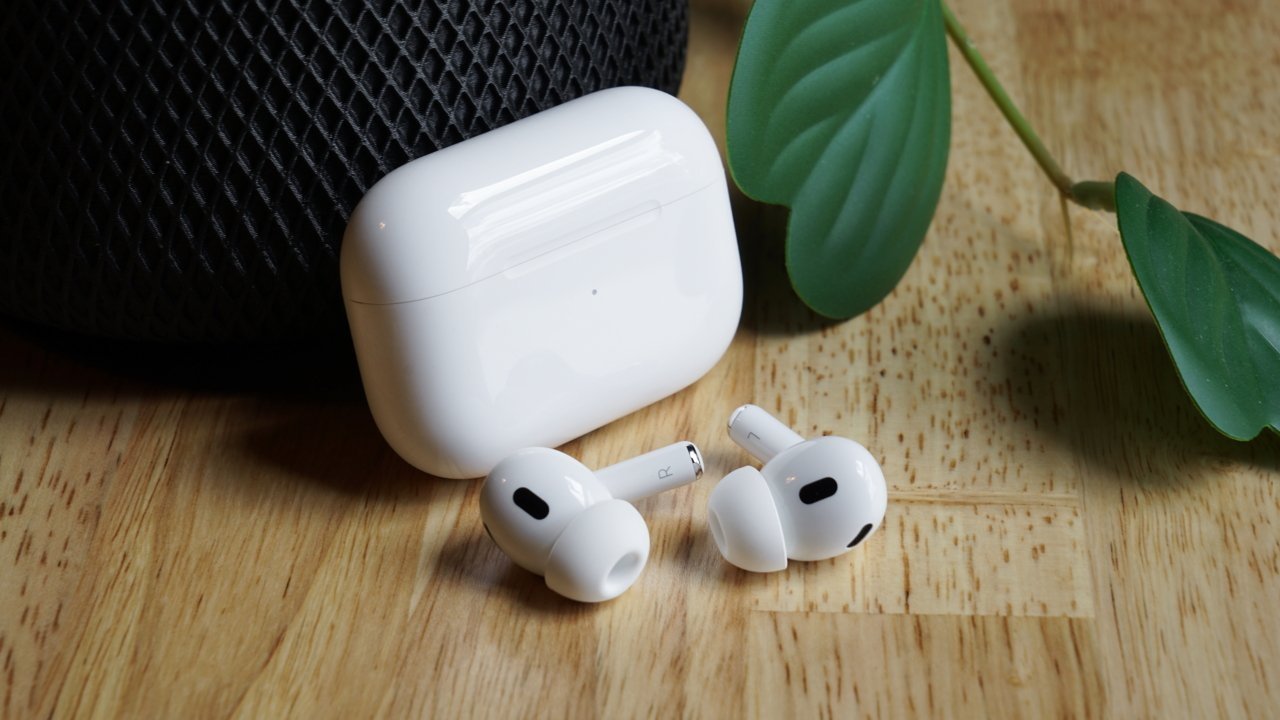 Apple's AirPods lineup has dominated the TWS market for quite a while, and for the third quarter of 2022, it continued to do so. With the introduction of its updated AirPods Pro in September, that lead has extended even further.

According to analysts, the launch of AirPods Pro 2 boosted Apple's sales dramatically. That model shipped 4.2 million units in the quarter alone, making up 20% of all AirPods shipments. 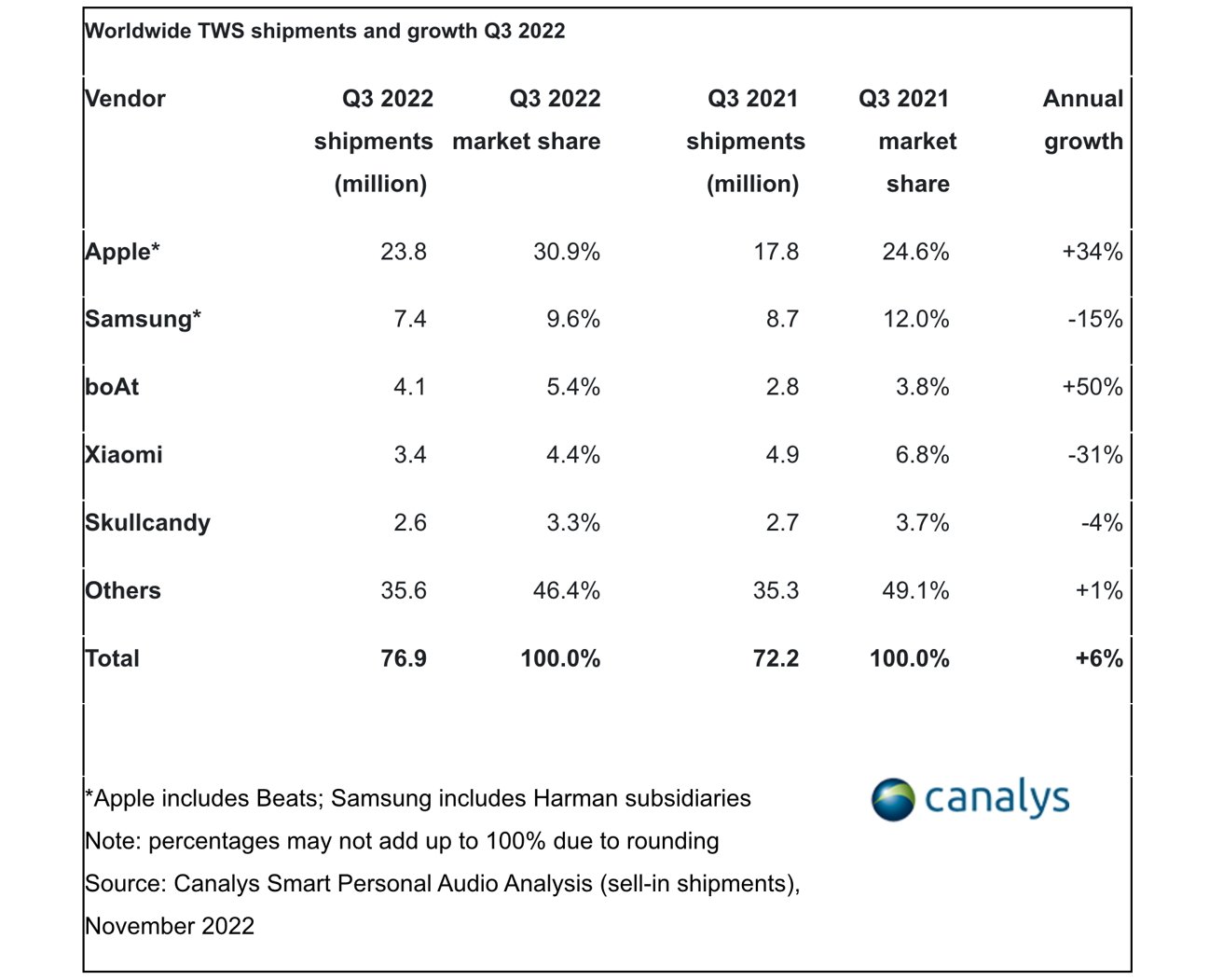 Its nearest rival, Samsung, saw its 8.7 million shipments of Q3 2021 go down 15% to 7.4 million, and its market share drop from 12% to 9.6%. The drop is despite the launch of the Galaxy Buds 2 Pro, which shipped in late August and had a higher selling price that "limited the market performance," Monday's report claims.

The other major improvement in the top five was for boAt, which grew 50% to 4.1 million units compared to 2.8 million one year prior. Fourth-place Xiaomi saw a 31% year-on-year drop in shipments to 3.4 million, and Skullcandy went down 4% to 2.6 million.